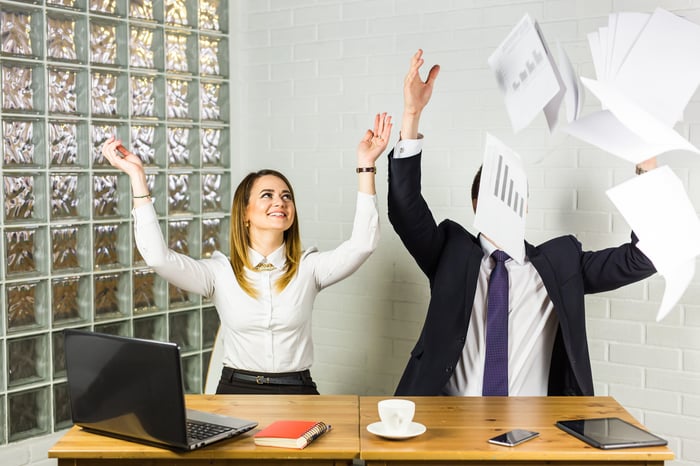 On the first trading day of the year, strategists and financial journalists were stepping over each other to pound the table with their view on the stock market in 2017. Here are three reasons you shouldn't care what they have to say.

1. The market's performance in any given year is random

Over the past decade alone, we suffered the massacre of 2008, during which the S&P 500 Index (SNPINDEX:^GSPC) posted a loss, on a total return basis, of 37%; five years later, 2013 produced a gain of 32.4%. The difference between those two performances is nearly 70 percentage points. 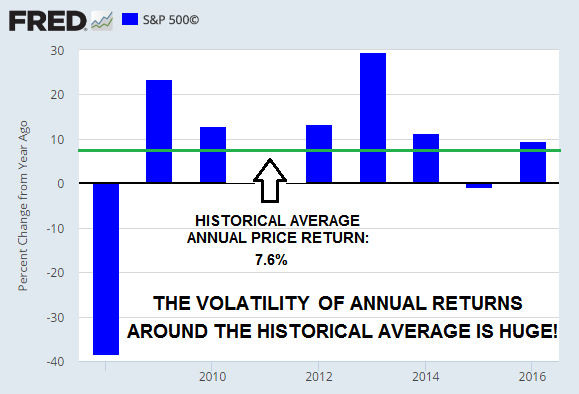 And yes, that decade covered the dot-com bubble and its bursting. Fine -- let's go back to 1987-1996: The difference between the best and worst years here was still more than 40 percentage points.

Hopefully, you're starting to get the idea: Annual returns are hugely volatile and impossible to predict.

You don't know what the market will do this year, and neither does anyone else. As billionaire investor and Berkshire Hathaway CEO Warren Buffett wrote in October 2008, when he said he'd been buying U.S. stocks for his personal account: "Let me be clear on one point: I can't predict the short-term movements of the stock market. I haven't the faintest idea as to whether stocks will be higher or lower a month -- or a year -- from now."

Spending a lot of energy thinking about -- or worse, worrying about -- something that's random and, therefore, unknowable is an utter waste of time.

2. The market's annual return is uncorrelated with long-term returns

You might agree that reading forecasts concerning 2017 is a waste of time, but maybe you still want to pay close attention to annual performance once the numbers are in.

However, the randomness in annual returns I referred to also implies that you can basically ignore one-year performance after the fact, too. Why? Because it's your long-term returns that will determine when you can retire and with what lifestyle. And one-year returns tell you nothing about what you will go on to earn over a genuine investing time horizon.

The following table shows the correlations between one-year S&P 500 returns and subsequent returns achieved over longer periods, for 1950 through 2016.

The table shows that one-year returns exhibit very little correlation with subsequent returns over longer periods. In other words, the stock market's annual return tells you essentially nothing about the stock market's expected long-term return -- which, to repeat, is what matters to investors.

3. According excessive attention to annual returns will hurt your financial health

Finally, and most importantly, you ought to avoid according excessive importance to the stock market's annual performance, as doing so risks inciting you to take action -- usually the wrong action at the wrong time. As fund research company Morningstar concluded in its Mind the Gap 2016 survey [my emphasis]:

Though the numbers have improved a bit, the latest investor-returns data shows that investors still face challenges in using mutual funds correctly. Over the 10-year period ended December 2015, investors cost themselves from 0.74% to as much as 1.32% per year by mistiming their purchases and sales, though this gap was smaller for allocation funds. The average annualized investor-returns gap for the 10-year periods ended 2012 to 2015 was negative 1.13%.

When investors try to time fund or individual stock purchases, they are generally driven by the notion that one can divine future performance from recent short-term performance. (Reminder: In the stock market, one year is still the short term.) This is a losing game with significant costs. One-and-a-bit percentage point may not sound like much, but, compounded, a shortfall of that magnitude makes a substantial difference over time.

Stay Zen and focus on what matters

In sum, stop reading stock market forecasts, try to embrace volatility, and don't let short-term performance disrupt your long-term view or goals. No one knows what the stock market will do in 2017, and it doesn't much matter, anyway. Why not focus your attention on areas of your life over which you have some measure of control instead?