The program's trust funds are scheduled to run out by 2034. Find out what that means for you.

Millions of seniors rely on Social Security to pay their living costs in retirement. The average beneficiary today receives $1,360 each month, though many collect much more. But while current retirees don't have to worry that those paychecks will stop coming anytime soon, future retirees may have some reason for concern. The latest projections from Social Security's Board of Trustees show that the program's trust funds are set to run out in 2034, and when that happens, the program could face an $11 trillion shortfall. 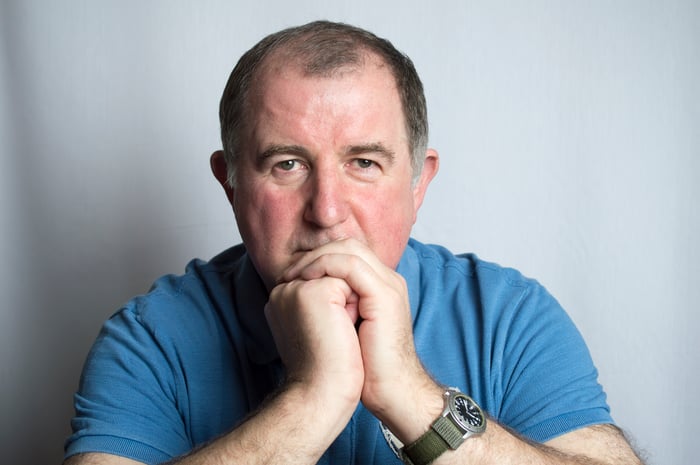 Clearly this news isn't lost on concerned workers. According to Transamerica's latest retirement survey, 77% of Americans fear that Social Security won't be available to them when it's their turn to retire. But while the program definitely needs fixing, it won't be going away anytime soon -- not even when its reserves run dry.

Though Social Security's looming shortfall is an obvious concern, there are currently no concrete plans to address the problem. In fact, the last time Congress stepped in to help the program in a meaningful way was back in 1983, when it sought to fill a funding gap of roughly 1% of incoming taxable wages. Come 2034, we'll be faced with a shortfall three times as large, and while Donald Trump has pledged to preserve Social Security, we can't be sure yet how that might shake out.

But here's what we do know: Even once Social Security's trust funds are depleted, it will still have enough incoming tax revenue to pay out roughly 79% of scheduled benefits. Furthermore, based on current estimates, the program will be able to continue paying benefits at that level until 2090, which means that today's younger workers stand to collect benefits when they retire, even though their benefits may be reduced.

That said, just because Social Security won't be going away doesn't mean current workers should bank too heavily on those paychecks. While the program can certainly play a role in helping you keep up with senior living expenses, you'll still need to save independently for retirement.

Social Security has its limitations

Even if Congress enacts Social Security reforms that maintain its current level of benefits past 2034, those payments still won't be enough for the average senior to live on. Social Security in its present state will only replace about 40% of the average worker's pre-retirement income. Most of us will need 70% to 80% of our pre-retirement income to keep up with our living costs once we stop working.

Remember: While some expenses, like commuting, might go down in retirement, others, like healthcare, are likely to climb. In fact, you can't rule out the possibility that you'll need more money in retirement than you did during your working years, especially if your medical costs are particularly high. That's why it's important to save for retirement on your own and use your Social Security benefits to supplement your income.

So just how much money should you aim to save? There's no universal answer to that question, as we all have varying goals and needs. But as a general rule, saving at least 10% of your paycheck each month will put you in a good position to retire comfortably. And if you invest your savings wisely, you'll be even more likely to amass an adequate nest egg.

Giving your money enough time to grow is also key. Let's assume that you establish a portfolio capable of generating an average annual return of 8%. (Note that this would be a fairly stock-heavy portfolio, which is reasonable for someone who has time to ride out the market's ups and downs.) If you start saving $300 a month at age 30, then by the time you turn 65, you'll have $620,000. But if you wait until age 45 to start saving that $300 a month, you'll have just $165,00 by age 65.

While there's no need to spend your time worrying about Social Security, you should develop your own independent savings plan to protect yourself down the line. Even if we do manage to preserve Social Security's current payment level, it still won't be enough to sustain the average future retiree. You're far better off saving on your own and treating those Social Security checks as icing on the cake.