IRAs help millions of Americans save for retirement, but are you making the most of yours? These five mistakes could seriously derail your savings efforts, so be sure to avoid them at all costs. 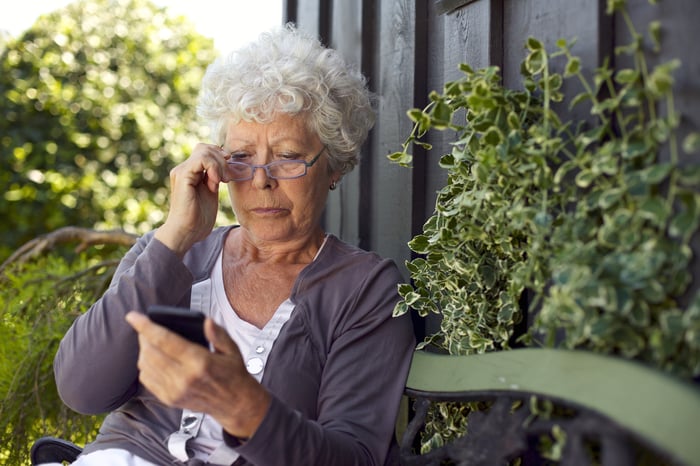 An IRA gives you a chance to grow your assets on a tax-deferred basis: You won't pay any taxes on investment gains or dividends within the account. But to truly take advantage of an IRA, you'll need to start saving money as early as possible, because starting too late in life can really stunt your portfolio's growth.

Imagine you start funding your IRA at age 30 and contribute $400 a month. By the time you turn 65, you'll have an ending balance of $827,000, assuming your investments generate an average annual 8% return. But watch what happens if you wait 15 years to start saving. Even if you make the same contributions and generate the same average return, you'll have just $219,000 by age 65 -- more than a $600,000 difference. Yikes.

One major benefit of opening an IRA is the variety of investment choices you can access. But what many savers don't realize is that high-fee investments can quickly eat away at overall returns. Remember, the goal of an IRA is to increase your savings via contributions and compounding, but if you opt for high-fee investments, then you'll be giving up an ever-growing percentage of your assets as they gain value over time. A better bet is to look for low-cost investments like index funds, whose fees are typically 87% lower than those of actively managed funds.

If you're concerned that choosing low-fee investments will limit your growth potential, worry not. A 2015 Morningstar study found that between 2004 and 2014, index funds outperformed actively managed funds across almost all asset classes.

Some people are more risk-averse than others, and it's OK to craft your investment strategy around your personal tolerance. But being too conservative in your investments can really limit your opportunity to grow your nest egg. According to a 2016 Wells Fargo study, an estimated 60% of Americans are saving too conservatively for retirement by focusing on loss avoidance, rather than maximizing growth. If you're serious about achieving financial security in retirement, then you may need to creep outside your comfort zone to ensure that your savings achieve ample growth.

4. Thinking only of the present

Though some people earn too much to qualify for a Roth IRA, others pass up the Roth option because it doesn't offer an immediate tax break. Unlike traditional IRAs, where your money typically goes in tax-free, Roth IRAs are funded with after-tax dollars. But if you're willing to be patient, you'll come to appreciate the benefits of a Roth IRA later in life.

First, your withdrawals will be tax-free in retirement, which means you'll get to collect more of your money when you need it the most. Secondly, unlike traditional IRAs, Roth IRAs don't impose required minimum distributions, which means you can let your money sit and grow indefinitely. Finally, Roth IRAs give you the flexibility to withdraw your principal contributions early if you run into a financial jam (though ideally, you shouldn't touch that money until retirement). With a traditional IRA, taking an early withdrawal will typically result in a 10% penalty on the amount withdrawn.

If you have a traditional IRA, you'll need to start taking withdrawals once you turn 70-1/2. These required minimum distributions, or RMDs, will be based on your account balance and life expectancy at the time, and if you fail to take yours as scheduled, you'll be hit with a whopping penalty of 50% of the amount you were supposed to withdraw. So if your RMD is $4,000 and you don't take it in time, you'll lose out on $2,000.

Of course, the biggest IRA mistake you could possibly make is not opening one at all. If you don't have a plan in place, visit our IRA center to explore your options and get started.

Are You Making These 5 IRA Mistakes? @themotleyfool #stocks Next Article
Current