If you read the financial news often, you may have heard about the "retirement crisis" many Americans are facing. While it's true that the average American doesn't save nearly enough for retirement, the good news is that this is a fixable problem. Here are a few statistics to give you a true picture of retirement preparedness in America, as well as what you can do about it if you've fallen behind. 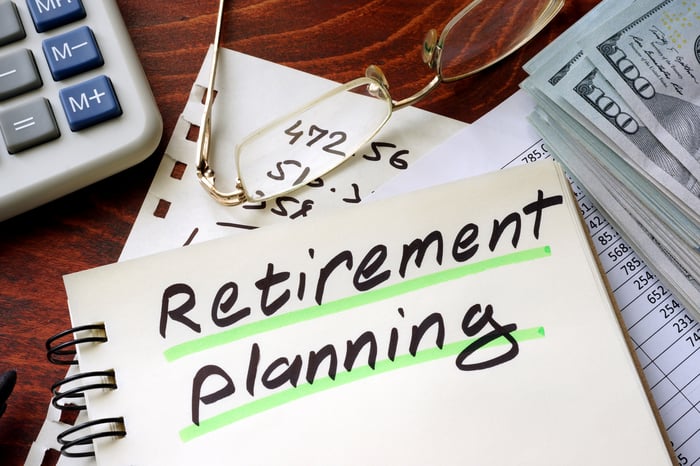 1. The average retirement savings for an American family is $95,776.

According to a report by the Economic Policy Institute (EPI), the average family has a retirement nest egg of $95,776. The average household close to retirement (ages 56-61) has $163,577 saved. And to be fair, this doesn't include assets that could potentially be sold, like a house.

However, this data is frightening for a few reasons. For one thing, experts generally suggest that retirees can only withdraw 4% of their retirement assets in their first year or retirement, with inflation-based increases in subsequent years, without fear of running out of money. So, this average for pre-retirees only translates to about $6,500 in annual income. Here's a good method to help you determine how much you should save for retirement if you want to maintain your standard of living after you retire.

Additionally, the median savings for this group is just $17,000. I'll spare you the mathematical details, but when a median is a lot lower than the mean (or average), it implies that more people have less than the mean than more. And this is indeed the case. As my colleague, Brian Stoffel, pointed out in this article, 41% of households in the 55-64 age group have no retirement savings at all. Another 20% have less than $50,000. If you're still relatively young, don't let yourself become a member of this group. If you are in this group, now is the time to get serious about aggressively setting money aside.

Social Security is not designed to be a stand-alone retirement income stream. In fact, Social Security is intended to replace about 40% of the average retiree's salary. Experts generally suggest that you'll need about 80% of your pre-retirement salary to maintain the same standard of living after you retire, so the rest needs to come from other sources, or you need to be prepared to live significantly more cheaply than you're used to.

4. Only 18% of American adults actively contribute to an IRA.

According to a TIAA survey, only one-third of American adults have an IRA, and just 18% actively contribute to their accounts to save for retirement. To be fair, many people have 401(k)s or other retirement plans at work, but even the average active 401(k) participant falls woefully short of what they should have saved for retirement.

I'm not too worried about the people who don't contribute to an IRA because they're happy with their current retirement plan. I am, however, concerned that 46% of people who don't have an IRA say that simply don't have money to invest, as well as the 25% who say they don't know enough about IRAs to feel comfortable starting one. For one thing, you don't need thousands of dollars to get started. In fact, many brokerages have no minimum initial deposit requirement for retirement accounts -- you can literally get started with a dollar. Furthermore, IRA investing doesn't need to be complicated. With a little primer on asset allocation and some knowledge of ETF investing, you don't need to be an investing expert to start building the perfect retirement saving account for you.

5. The average tax deduction for IRA contributions is $4,885.

Let's end on a high note. I've written before that the tax breaks associated with retirement saving are the best of all. Not only do you get to build a nest egg without having to worry about capital gains or dividend taxes each year, but you can also get a nice tax break now if you contribute to a pre-tax account such as a traditional IRA. It's also important to mention that Roth IRAs have several benefits of their own, just not an immediate tax deduction.

One encouraging statistic is that the average traditional IRA contributor got a $4,885 tax deduction for their contributions in 2014, the latest tax year for which finalized data is available. Since the maximum annual IRA contribution is $5,500 ($6,500 for those 50 or older), this implies that most people who do contribute to an IRA max it out. If you're in the 25% tax bracket, the average IRA deduction translates to $1,221 in tax savings per year just for saving for your own retirement. Seems like a no-brainer to me.

As a final thought, consider that if you're 30 and start contributing the maximum of $5,500 per year to an IRA every year from here on out, you could retire at 65 with a $1.3 million nest egg, based on the stock market's historical rate of return. And this would be on top of your Social Security and any pensions, 401(k) savings, or other retirement accounts you may have.

Retirement in 2017: 5 Stats Everyone Should Know @themotleyfool #stocks Next Article
Current