Please ensure Javascript is enabled for purposes of website accessibility
Log In Help Join The Motley Fool
Free Article Join Over 1 Million Premium Members And Get More In-Depth Stock Guidance and Research
By Maurie Backman - Feb 12, 2017 at 9:18AM

Holding off until 70 to collect Social Security is a move that can pay off under the right circumstances, but for some people, waiting just doesn't pay.

Though the most popular age to claim Social Security is 62, some Americans wait almost a decade longer to collect their benefits. And it's a trend we might see more of as workers come to recognize the challenges of retiring on time. In fact, human resources consulting firm Willis Towers Watson reported last year that a good 25% of Americans don't expect to retire before age 70. But while there are certain benefits of delaying Social Security, holding off until age 70 isn't the right move for everyone. Here are two good reasons to claim Social Security at 70 -- and two reasons not to wait. 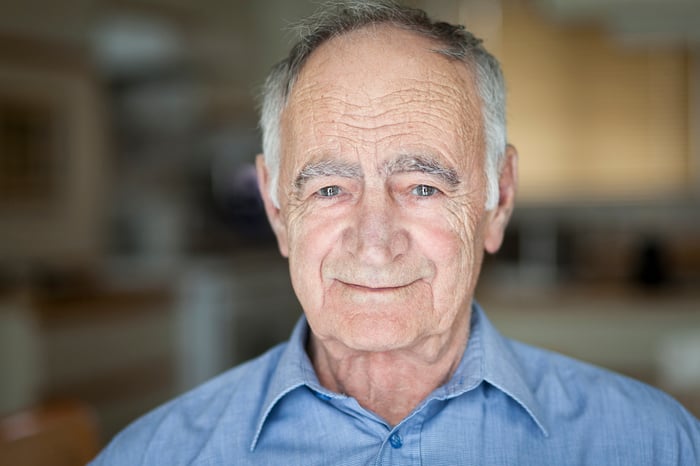 Since this incentive runs out at age 70, there's no point in holding off on Social Security past that point. But if you do hold out until age 70, you'll increase your benefits by 24% to 32% depending on your full retirement age, and that increase will remain in effect for the rest of your life.

2. You don't have much (or any) retirement savings

Americans on a whole are behind on retirement savings, and baby boomers are no exception. According to a GoBankingRates survey, roughly 30% of workers 55 and older have no retirement savings whatsoever. Meanwhile, 26% have less than $50,000 saved for retirement, which isn't even close to where the average older worker should be. If you work a few extra years and hold off on Social Security, you'll reduce the number of retirement years your savings will need to fund, thus stretching what limited income you save.

Imagine you have $50,000 saved for retirement, you plan to retire at 67, and you expect to live until 85. In that scenario, you'll have just $2,777 per year in addition to your Social Security benefits. But if you work until age 70, you'll have just 15 years of retirement to fund instead of 18, which will give you $3,333 a year of income. Throw in the fact that you'll also increase your Social Security benefits, and holding off makes sense when your savings are lacking.

Though it does pay for some people to hold off on Social Security, claiming benefits at 70 won't work out for everyone.

You might consider claiming earlier if the following scenarios apply to you:

While delaying Social Security until age 70 can raise your benefit amount, it also means losing out on several years of payments. If you have health issues and don't expect to live very long, holding out could end up hurting you financially.

The interesting thing about Social Security is that it's designed to pay you roughly the same lifetime benefit, regardless of when you first claim. But a shorter life expectancy changes that picture. Let's imagine your full retirement age is 67 and your full benefit amount is $1,500. Waiting until age 70 would boost your monthly payments to $1,860, but you'd also get 36 fewer payments off the bat. Now if you live until age 85, you'll come out a good $10,000 ahead by holding off on Social Security until 70. But if you only live until 78, waiting until 70 will mean losing close to $20,000 in lifetime benefits. While you can't necessarily predict the future, if you have reason to believe that you won't live well into your 80s, it probably pays not to hold off.

2. You need the money sooner

Many people aim to stay at their jobs until their mid-60s, or even their 70s, because they need the money. But sometimes even the best-laid plans don't come to be. A study by Voya Financial found that 60% of Americans are forced to retire earlier than planned for a variety of reasons, some of which include health issues, employer downsizing, or needing to care for a family member. If your career comes to a halt when you're not financially ready, waiting until 70 to collect Social Security may be more than just unrealistic; it could also compromise your long-term financial security. You're far better off taking those benefits than racking up debt or selling assets at a loss to scrounge up the cash you need to survive.

While waiting to collect Social Security has its perks, it doesn't always pay to hold off until 70 to first take your benefits. Social Security is there to help you stay afloat financially when you need it, and if you happen to need it sooner rather than later, you might as well take advantage.