Please ensure Javascript is enabled for purposes of website accessibility
Log In Help Join The Motley Fool
Free Article Join Over 1 Million Premium Members And Get More In-Depth Stock Guidance and Research
By Maurie Backman - Mar 5, 2017 at 8:18AM

Countless older Americans continue to provide financial support to their children, even once they've grown. But that generosity could cost them their retirement.

Many people who have children view parenting as a lifelong endeavor, rather than something that stops once their kids turn 18. But while it's natural to offer emotional and moral support to children at any age, a growing number of parents find themselves providing financial support even once their kids become adults.

According to a recent TD Ameritrade study, more than 50% of millennials received financial support from their parents over the course of the past year. Not surprisingly, single parents were more likely to have received such support, though a good 52% of two-parent households still got some help from the 'rents. 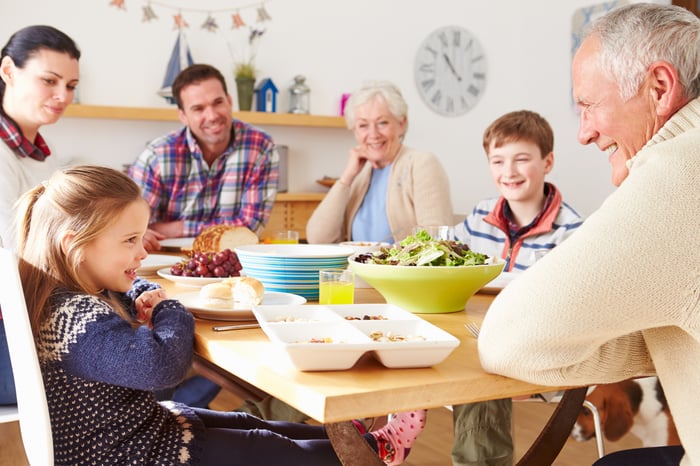 Just how much financial support are we talking here? On average, millennial parents received just over $11,000 per year in combined financial assistance and unpaid labor from their own parents. And while most older Americans are happy to help their adult children get on their feet, it's not without struggle. Of those surveyed, 47% had to make at least one major financial sacrifice to help an adult child. And though 49% of older Americans regard this assistance as temporary, 18% expect to continue supporting their adult children for the rest of their lives. Yikes.

Of course, supporting an adult child is a noble thing to do. But if you're not careful, you could wind up sacrificing your long-term well-being -- and financial security -- in your attempt to help your kids.

How much are you giving up?

It's one thing to support adult children because you have the means, but 27% of American parents use some, if not all, of their savings to provide assistance for their kids. For 8%, it means postponing retirement. And for 15%, it means spending less time enjoying life -- a less quantifiable sacrifice, but a big one nonetheless.

But let's go back to the 27% who drain their savings to help their kids, because those are the folks who are most likely to feel the effects well into their senior years. The problem with forgoing your own savings to help an adult child is that while your child still has many more years to earn money, your working years are probably numbered. And if you don't focus on saving for your own retirement, you'll risk running out of money at a point in your life where your options for earning more are increasingly limited.

Furthermore, you should realize that any time you remove money from a retirement account, you're not just losing out on that principal withdrawal; you're also losing out on whatever amount that money could have earned. Imagine, for example, that you withdraw $1,000 a month from your own savings over a period of two years to help your adult child. You might think you're losing out on just $24,000, but in reality, you'll be missing that sum plus whatever it would've gained in value. So if you have a portfolio that generates an average annual return of 7%, and you pull that money out at age 55, then over a 10-year time frame, you'll wind up losing out on $47,000.

Another thing to consider is that if your adult child takes on debt to cover some living expenses, he or she will still have a few decades of working years to pay that money back. But if your savings fall short in retirement and you're forced to borrow money to cover your costs, you risk taking that debt with you to the grave.

Finally, be careful if you're counting on a backup plan to make up for the money you're supposed to be saving for retirement but are instead spending to support your grown kids. A recent study by Voya Financial found that 60% of Americans wind up retiring earlier than planned for a variety of reasons, including job loss, poor health, or the need to take care of a family member. If your strategy is to empty your savings now to help your adult children and then compensate by working a few extra years, then you may want to rethink that tactic.

While helping your adult children is an honorable thing to do, there's a huge risk in being overly generous. It's one thing to provide logistical support to your grown kids, but don't give up your savings to pay their bills. Otherwise, you risk running out of money at a vulnerable time in your life, and chances are your children won't have the means to help pick up the slack.