Warren Buffett has a way with words. He loves to use flowery language to illustrate his investment advice, and his 2016 letter to Berkshire Hathaway (NYSE:BRK.A) (NYSE:BRK.B) shareholders has plenty of it.

Every year, investors look forward to Buffett's letter even if they don't own a single share of Berkshire Hathaway. The Oracle of Omaha prefaces the company's results with his thoughts on the stock market, investing, and the economy. There's much to be gained for investors.

Here are Buffett's best words of wisdom from his 2016 letter. 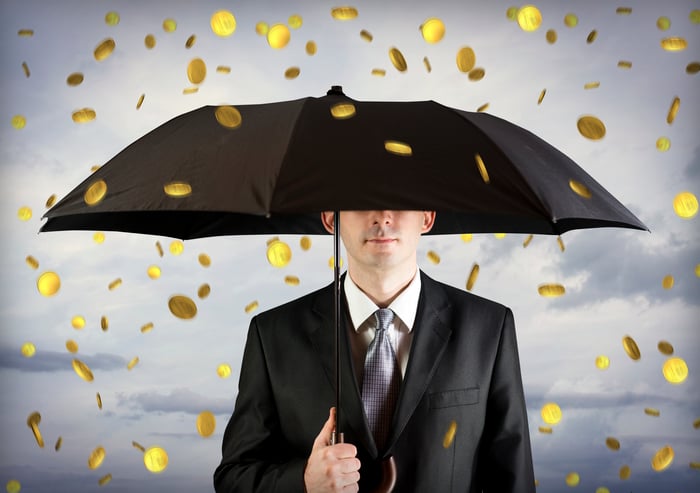 I've highlighted this quote first because it shows that nobody, not even the greatest investors, can hit it out of the ballpark every time. From time to time, they might even strike out.

I've made some dumb purchases.

Buffett was specifically writing about companies he overpaid for due to overvaluing their goodwill. That led to some writedowns on Berkshire's balance sheet.

But the statement applies to just about any investor. Stay away from anyone who says they've never made a bad stock pick or paid too much for a company.

Focus on your whole portfolio

It's the growth of the Berkshire forest that counts. It would be foolish to focus over-intently on any single tree.

Some stocks will lag the market; others will dramatically outperform. That's why it's important to diversify your stock portfolio.

Equally important, however, is not to make too big of a deal out of the stocks that outperform and underperform by large amounts. It's beneficial to review your portfolio, but you shouldn't spend more time reviewing stocks that overperform or underperform than others. As long as your investment theses remains intact, you should stick with them.

Additionally, it's important to remember how all of your investments fit into a well-diversified portfolio. Focusing on a single company may cause you to forget the role it's playing.

Buy as much as you can when the market crashes

One of Buffett's more famous maxims is to be greedy when others are fearful. He gave us another colorful way of thinking about it in his letter to shareholders.

Every decade or so, dark clouds will fill the economic skies, and they will briefly rain gold. When downpours of that sort occur, it's imperative that we rush outdoors carrying washtubs, not teaspoons.

Some of the biggest investment opportunities come when the market crashes due to whatever short-term problems the economy faces. It's one thing to know what you should do, though, and another to actually do it. That may be why Buffett repeats similar advice later in the letter (emphasis original).

[W]idespread fear is your friend as an investor, because it serves up bargain purchases. [...] [P]ersonal fear is your enemy.

The market will always go up in the long run

Buffett is extremely bullish on the American economy. While the market may go down for some periods of time, in the long run he expects it will always go up. To some extent, he feels bad for investors that are always expecting the worst.

Ever-present naysayers may prosper by marketing their gloomy forecasts. But heaven help them if they act on the nonsense they peddle.

Ignore the naysayers; the only way they're going to make money is if you buy what they're selling. Instead, invest in the U.S. stock market and follow the rest of Buffett's advice.