Please ensure Javascript is enabled for purposes of website accessibility
Log In Help Join The Motley Fool
Free Article Join Over 1 Million Premium Members And Get More In-Depth Stock Guidance and Research
By Maurie Backman - Mar 14, 2017 at 8:18AM

Sometimes, good things come to those who wait. Here's why taking Social Security at 70 pays off.

Social Security provides key benefits to millions of older Americans. In fact, almost half of single retirees rely on Social Security for more than 90% of their income in retirement. That's why the decision to file for benefits shouldn't be taken lightly.

Now some people start taking benefits at 62 because that's the earliest age to collect Social Security. Others claim upon reaching their full retirement age to avoid a reduction in benefits. But then there are those who delay their benefits past their full retirement age and collect them later on. Though not everyone can afford to hold off on Social Security, there are plenty of good reasons to wait until you turn 70. Here are three you should know about. 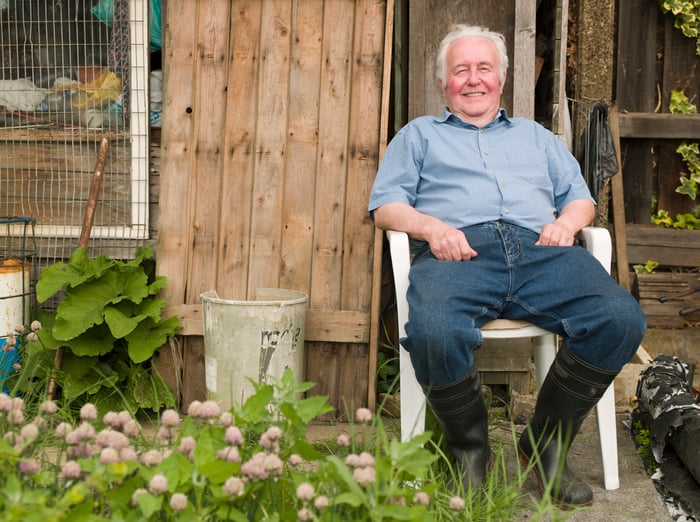 Though your Social Security payments are based on your top 35 years of earnings, you have the power to raise or lower those payments depending on when you start taking them. If you wait until your full retirement age, you'll get to collect your benefits in full, but if you file earlier, you'll face a 6.67% reduction in payments for up to three years, and then a 5% reduction for each year thereafter. On the other hand, if you hold off past your full retirement age, you'll increase your benefits by 8% for every year you wait.

Here's what your full retirement age looks like based on your year of birth:

If you were born in 1960 and wait until age 70 to file for Social Security, you'll boost your payments by 24%. Now this incentive does run out at age 70, so there's really no sense in waiting longer to start taking benefits. But if you're willing to be patient, you do stand to reap a pretty generous reward.

2. You'll have a shorter retirement to fund

It's a concern so legitimate, in fact, that in a recent Allianz survey, 60% of baby boomers admitted that they're more fearful of outliving their savings than actually dying. While you can't predict how long you'll live, you can lower your odds of depleting your savings prematurely by shortening your retirement window. If you hold off on Social Security until age 70 and work instead, you'll have fewer years of retirement to fund, which means whatever savings you have will go further during your lifetime.

3. You've saved well for retirement on your own

According to a 2015 report by the U.S. Government Accountability Office, about 50% of households age 55 and older have no retirement savings at all -- and those are the people who probably can't afford to hold off on Social Security. But if you've amassed a sizable nest egg for retirement and you don't need the money right away, it pays to dip into your savings and accrue those delayed retirement credits. The reason? To grow your personal savings, you'll need to keep your money invested and with that comes inherent risk. By waiting on Social Security, you'll get an 8% risk-free return on investment for holding off.

That said, by delaying Social Security, you're taking a different type of risk -- that you'll live long enough to make waiting worthwhile. Say your full monthly benefit amount is $1,600 and your full retirement age is 67. Waiting until 70 to take benefits will increase your monthly payments to $1,984, but unless you live past age 82.5, you won't come out ahead in the long run. If you're in good health and don't need those benefits right away, it pays to hold off, but be aware that this strategy could backfire if you pass away earlier than expected.

Some people have no choice but to file for Social Security on time or even early. But if you don't need those benefits immediately, waiting could pay off in more ways than one.