At this point during the year, many of us have taxes on the brain as we frantically attempt to get our returns put together in time for the April 18 deadline. If you're looking to lower your taxes this year, it pays to capitalize on deductions. 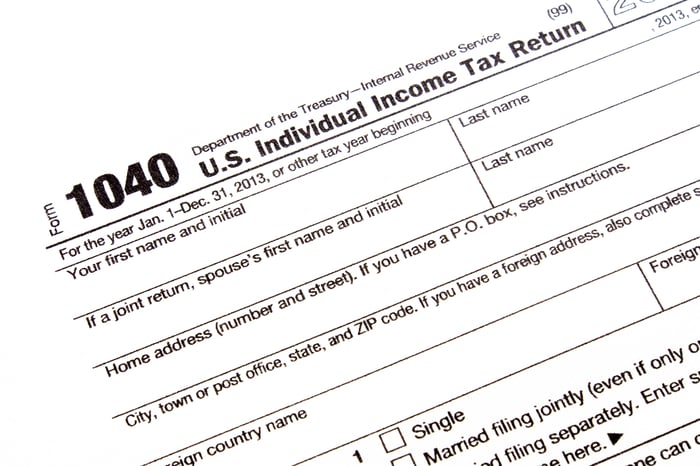 The more deductions you're able to claim, the greater your overall tax savings will be. And if you're looking to take advantage of what could easily be your single largest tax deduction this year, you'll want to do this one simple thing: Contribute to a retirement plan.

Save for the future while saving on taxes

Whenever you fund a traditional IRA or 401(k) plan, the money you contribute goes in tax-free. With a 401(k), you can sign up through an employer to have contributions deducted directly from your paycheck, so there's no need to claim a separate deduction on your return. With an IRA, however, you're typically writing a check and then deducting your contribution on your taxes provided you're eligible. Generally speaking, your IRA contribution is fully deductible provided neither you nor your spouse participates in a 401(k).

Now you can't just contribute whatever you'd like to an IRA or 401(k); there are annual limits based on your age, as follows:

Most workers, however, don't tend to feel too constrained by these limits. Quite the contrary -- though an estimated 57% of workers have access to a 401(k) plan through their jobs, only 32% actually participate in one. IRA participation rates aren't much better -- a mere 33% of Americans have one despite the fact that they're not employer-dependent. But if you are able to max out your contribution limit this year for either account, you stand to reap some major tax benefits.

Of course, most people can't afford to max out a 401(k) or even an IRA, but if you make a point of contributing as much as you can, you stand to shave a huge chunk off your tax bill while setting yourself up for a financially secure future. Furthermore, the sooner you begin funding an IRA or 401(k), the more you'll accumulate in the long run thanks to the power of compounding.

The following table shows what your IRA or 401(k) balance might grow to if you start saving $400 a month at various ages:

Not only will starting early give you an immediate tax break, but it'll help you build a sizable nest egg so you're able to retire on time and maintain a comfortable lifestyle. Talk about a win-win. As an added bonus, the money you invest via an IRA or 401(k) gets to grow on a tax-deferred basis. In an ordinary brokerage account, you'd pay taxes every year on your investment gains, but with a 401(k) or IRA, you won't be liable for any taxes until the time comes to take withdrawals in retirement.

If you're looking to score a major tax break this year, do yourself a favor and contribute as much as possible to your retirement savings. Ultimately, you'll benefit in more ways than one.