Take a close look at your paycheck and you'll probably notice a line item for Social Security tax withholding. Though those taxes might seem like nothing but a nuisance at first, once you start to read up on Social Security, you'll discover how crucial it is to retirees. To further your education, here are some surprising Social Security stats you probably weren't aware of. 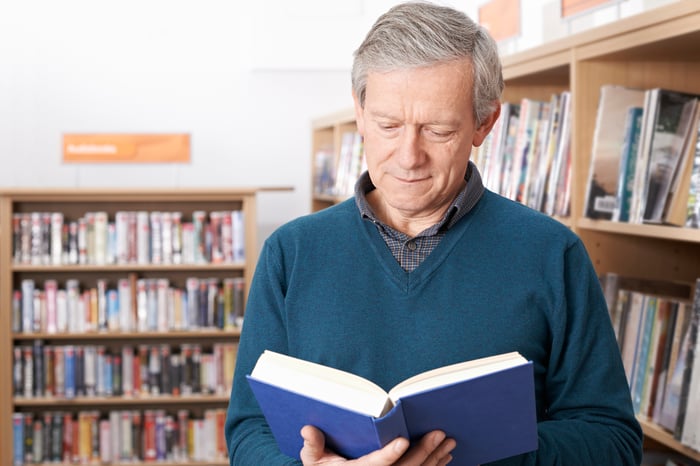 2. An estimated 61% of senior beneficiaries received at least half of their income from Social Security in 2014. If it weren't for the words "at least," that statistic wouldn't be so bad. But relying on Social Security for more than half of one's income is a dangerous strategy.

3. The average Social Security recipient gets just $1,360 a month in benefits. Many workers assume that they'll be able to retire on Social Security alone, but in reality, those benefits are only designed to replace about 40% of the average worker's pre-retirement income. Depending on Social Security in the complete absence of independent savings or another form of outside income would force the typical recipient today to live off just $16,320 a year.

4. Social Security is facing an $11 trillion shortfall. The latest projection from the program's Board of Trustees is pretty dire. Social Security relies on incoming tax revenue to keep up with payments, but because more people have been leaving the workforce than entering it, the program also depends on its trust funds to make up whatever deficit it faces. Once those trust funds run out, which is expected to happen in 2034, Social Security won't be able to sustain its benefit payments at their currently scheduled level.

5. More than 75% of current workers are convinced that Social Security won't be around when they retire. At least that's what the latest data out of Transamerica tells us. But while future recipients will most likely see a reduction in benefits in the absence of congressional relief, even in a worst-case scenario, the program should still have enough income to pay out approximately 79% of scheduled benefits. Furthermore, based on current estimates, Social Security can continue paying benefits at that level until 2090.

7. Social Security stands to lose an additional $182.5 million per year to fraudulent payments. Unless the agency steps up its game and improves its process for validating payments, its financial woes will only get worse over time.

10. There are 13 states that tax Social Security benefits. Provisional income aside, if you live in a state that taxes Social Security, you could lose a portion of your benefits right off the bat. Residents of Colorado, Connecticut, Kansas, Minnesota, Missouri, Montana, Nebraska, New Mexico, North Dakota, Rhode Island, Utah, Vermont, and West Virginia -- consider yourselves warned.

Now that you've been semi-schooled in Social Security, it pays to learn more about the things you can do to maximize your benefits. The more informed and strategic you are, the more you stand to gain in the long run.