Though the IRS is vigilant about collecting its money, it also offers a number of opportunities for taxpayers to hang onto more of theirs. Whether you're looking to shave money off your 2016 tax bill or are planning for the future, here are three tax breaks you don't want to miss.

Perhaps the single greatest tax break you'll find is the ability to contribute to a tax-advantaged retirement account. If you open a traditional IRA or participate in an employer-sponsored 401(k), you'll get to fund your account with pre-tax dollars, thus potentially cutting thousands from your tax bill. Currently, workers under 50 can put up to $5,500 into an IRA and $18,000 into a 401(k). If you're 50 or older, you get a catch-up provision that raises these limits to $6,500 and $24,000, respectively. Even if you're unable to hit these limits, any amount you contribute will translate into an automatic upfront tax break. 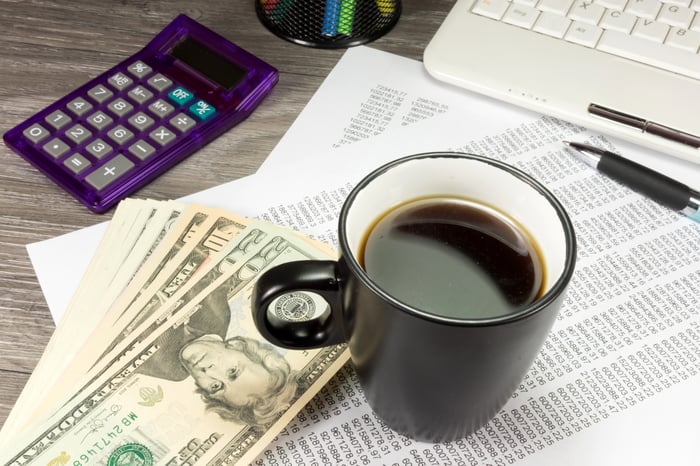 As an example, say your effective tax rate is 25% and you contribute $10,000 to a 401(k). Not only will that money get to grow on a tax-deferred basis (meaning, you won't pay taxes on investment earnings until you start taking withdrawals in retirement), but you'll save a cool $2,500 the year you contribute.

Keep in mind that while 401(k) contributions only count toward the tax year in which you make them, you can fund your IRA almost four months after the fact. So while you can no longer make contributions to last year's 401(k) plan, you can put money into your 2016 IRA up until this year's tax filing deadline, which is April 18.

The IRS offers a number of tax credits that can cut your tax bill significantly. Unlike deductions, which merely exclude a portion of your income from taxes, credits are a dollar-for-dollar reduction of your tax liability. Now the not-so-good news is that if you're a higher earner, you probably won't manage to snag too many credits. But if you're a lower earner, there are two in particular you should know about.

The first is the Earned Income Tax Credit, or EITC. Though eligibility depends on your income coupled with the number of children in your household, if you qualify, you could shave up to $6,318 off your taxes this year. Better yet, because the EITC is one of the few refundable credits out there, if you owe no tax but qualify for it, you'll actually get a check for the difference.

Another credit you should be aware of is the Child Tax Credit, which gives you $1,000 for every child in your household under the age of 17. Though this credit starts to phase out at higher income levels, you'll collect it in full if you earn less than $75,000 as a single tax filer, $110,000 as a couple filing jointly, and $55,000 as a couple filing separately. Even if your income exceeds these levels, you'll only lose $50 per extra $1,000 of income -- so if, for example, you're a couple filing jointly with a single child earning $120,000 per year, you'll still get $500 out of the credit. Unlike the EITC, however, the Child Tax Credit is nonrefundable, so while it can lower your taxes, the most it can do is take your liability down to $0.

If you're a homeowner, there are a host of deductions you can use to lower your taxes. First, there's the mortgage interest deduction, which can be particularly lucrative during the early years of your loan, at which point the bulk of your monthly payments are going toward interest, not principal. You're allowed to deduct your mortgage interest in full provided your loan doesn't exceed $500,000 if you're a single tax filer or $1 million if you're a couple filing jointly.

In addition to writing off your mortgage interest, you can also take a deduction for property taxes and points on your mortgage, if you had to pay them. Furthermore, if you put less than 20% down on your home and are paying private mortgage insurance, or PMI, you can deduct your premiums, or at least a portion thereof, as long as your income doesn't exceed $54,000 as a single tax filer or $109,000 as a couple filing jointly.

If you're serious about saving money on your taxes, it pays to read up on the various benefits you might be eligible for. A few smart moves could translate into more savings than you'd imagine.