Please ensure Javascript is enabled for purposes of website accessibility
Log In Help Join The Motley Fool
Free Article Join Over 1 Million Premium Members And Get More In-Depth Stock Guidance and Research
By Maurie Backman - Apr 9, 2017 at 7:23AM

The secret to early retirement isn't starting off rich; it's knowing what you want and getting your priorities straight.

Many people dream of retiring early and snagging a piece of the good life while they're still young enough to enjoy it. But for an increasing number of Americans, early retirement seems to be growing more and more out of reach. According to a recent study by human resources consulting firm Willis Towers Watson, roughly 25% of Americans don't think they'll manage to retire until 70 or later. Meanwhile, 5% think they'll never actually retire at all.

So how do those people who call it quits in their late 50s or early 60s manage to pull it off? Believe it or not, they're not all millionaires from rich families; they're simply smart, hard-working people who know what they want. If you're hoping to join the ranks of the happy early retirees you read about, here are four habits you should strive to emulate. 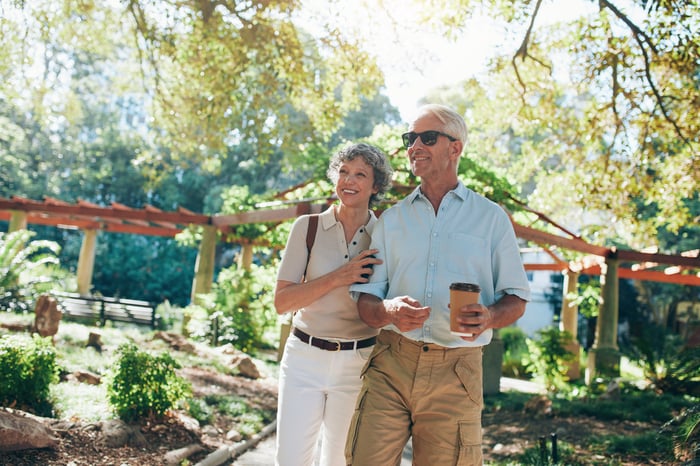 Following a budget is perhaps the most effective way of keeping tabs on spending while ensuring that saving always takes priority, yet most people don't do it. According to a recent study by U.S. Bank, only 41% of Americans have a budget, which could also explain why 33% have no retirement savings and 69% have less than $1,000 in the bank for emergencies. Saving money is the key to retiring early, and budgeting is the best way to make the most room for savings, so if you're not tracking your expenses, now's the time to get started.

Some people put off saving for retirement until their 30s, 40s, or later, but those who really want to retire ahead of schedule usually make a point of saving from the get-go. Starting early is crucial because it gives you additional time to take advantage of compounding. In fact, a big reason why so many early retirees wind up with huge nest eggs is that they started funding an IRA or 401(k) in their early 20s and had four decades to benefit from tax-deferred growth.

The following table illustrates perfectly how starting early can help you turn a series of modest contributions into a sizable nest egg over time:

*Assumes an 8% average annual return. Table and calculations by author.

While starting early is a key step on the road to early retirement, the way you invest your money plays a similarly important role. In our above example, we saw that a $400 monthly contribution over 40 years ($192,000 in total) could grow into $1.24 million, and a big reason for that has to do with the 8% average annual return we used in the calculation. Now, if you're willing to invest in stocks, I can tell you that an 8% yearly return is more than attainable (in fact, it's lower than the stock market's average). But if you stick to more conservative investments, you won't see nearly the same degree of growth.

Case in point: If that $400 a month over 40 years only earned an average annual 4% instead of 8%, you'd be looking at an ending balance of $456,000 instead -- still impressive, but close to $800,000 shy of that much more appealing $1.24 million target. While investing in stocks might seem like a scary prospect, history has shown us that investors who give themselves time to ride out the market's ups and downs are more likely than not to come out ahead. And if you're not well-versed enough in stocks to know which to choose, index funds offer broader exposure to the market without the risk of banking on individual companies.

4. Live below your means

Many of us are tempted, sometimes on a daily basis, to spend every single dollar we earn. And while it's natural to want to live in a big house, drive a fancy car, and buy the latest gadgets, the sooner you learn to live below your means, the greater your chances of retiring early.

First of all, the less money you spend during your working years, the more you'll have left over to save -- simple. But more so than that, people who get used to living on less tend to actually be happy with less, and so they're more likely to stretch their savings in retirement.

If you're willing to adjust your picture of retirement, you might find that an early one is within your reach after all. You may have to forego some of the exotic travel you once dreamed of, but if you can learn to be content spending your days gardening and taking walks in the park, you'll have more time to enjoy that lifestyle while you're still relatively young.

Retiring early often boils down to deciding what's most important to you and getting your priorities straight. If you're willing to stick to a budget, start saving early, invest smartly, and live below your means, you could be well on your way to an early retirement and the relaxed, stress-free lifestyle it offers.