Those who choose to serve their country are rewarded from a tax perspective -- as they should be.

Though military life is not without sacrifice, it also comes with its share of perks. These include educational benefits, health benefits, and the peace of mind that comes with getting a pension. But one often-overlooked advantage of serving in the military is the host of tax benefits you stand to reap. Here are some you should know about.

1. More time to file your taxes

Tax filers are required to submit their returns by the appropriate mid-April deadline (usually April 15, but in some tax years, like 2017, the deadline is postponed a few extra days). If you're serving in the military and stationed in a combat zone, though, you get an automatic extension that gives you an extra 180 days to file your taxes from the time your combat zone service ends. 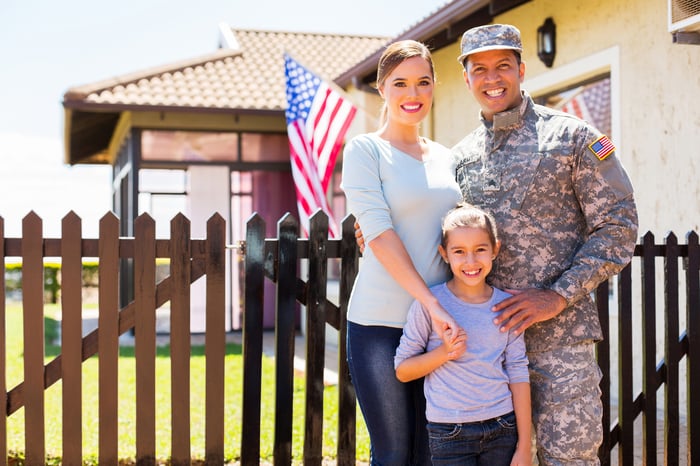 If you receive compensation for serving in a combat zone, you're not required to report that income on your tax return, which means you'll get to pocket it in full. That said, serving in a combat zone won't get you out of taxes completely; you'll still be required to pay Social Security and Medicare tax. And depending on where you reside, there may be a state tax component to contend with as well.

Members of the military are compensated in different ways. Typically, you'll be given allowances for food and housing that make up roughly 30% of your total compensation. The good news is that these allowances aren't subject to taxes, thus offering the maximum benefit.

Most people who remove funds from a traditional IRA or 401(k) before reaching age 59 and 1/2 are assessed a 10% early withdrawal penalty (though some exceptions do apply). If you're a military member, though, and need to get at that money sooner, you can typically withdraw it penalty-free. To qualify for this benefit, you must have been called to active duty after Sept. 11, 2001, for more than 179 days, and you'll need to have taken the withdrawal during a period of active duty.

The problem with carrying tax debt is that for every month you fail to pay your bill, you'll rack up even more interest. But if you're a military member, you get a bit of a break when you owe taxes, because your interest rate is limited to an annual 6% cap. Keep in mind that this benefit only kicks in if your service impacts your ability to pay your tax bill, and it only applies to interest the IRS charges you while you're a military member.

The National Society of Accountants reports that Americans pay an average of $261 for professional tax help. If you're in the military, though, you might get that same assistance at no cost. Most military bases offer free tax preparation and filing services during the tax season, and some even offer support past the April filing deadline.

7. Tax debt forgiveness in the event of death

The IRS usually isn't so quick to let those who owe taxes off the hook, but if a member of the military is killed in action while deployed in a combat zone, or succumbs to injuries sustained in a combat zone later on, his or her surviving beneficiaries can request that the IRS forgive any remaining tax debt. This can be a huge relief to families of military members.

Serving in the military means sacrificing for your country, and you deserve to be rewarded accordingly. If you're a member of the military, it pays to learn more about the tax benefits that may be available to you and your family.