When it comes to IRAs, you can't afford to be left in the dark. Here's what you need to know to get the maximum benefit out of your account.

Though IRAs are among the most valuable retirement savings tools out there, it's estimated that only one-third of working Americans actually have one. Opening an IRA can help ensure that you have enough income to pay the bills as a senior, but to make the most of your account, you'll need to get your facts straight. Here are a few misconceptions that could really derail your savings efforts.

1. You'll get an immediate tax break for contributing

It's easy enough to throw around the term "IRA" around, but the two most popular varieties, the traditional and Roth, are actually quite different. Though both accounts share the same annual contribution limits (currently $5,500 a year if you're under 50, and $6,500 if you're 50 or older), one major difference between the two is that traditional IRAs are tax-deductible when you make your contributions, whereas Roth IRAs are not. 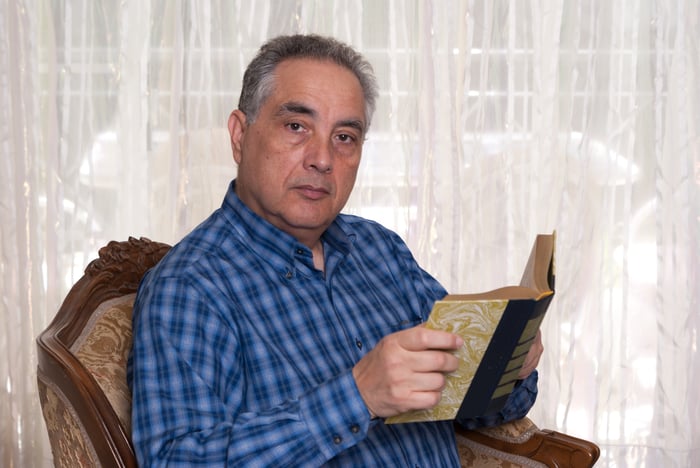 Now on the flipside, when the time comes to withdraw those funds in retirement, traditional IRA distributions are taxed as ordinary income, while Roth distributions are taken tax-free. This can be a major advantage when you're older, as it means you'll get to enjoy your savings in full without having to worry about giving the IRS its portion. In fact, if you're convinced you'll wind up in a higher tax bracket down the road, then it makes sense to pay your taxes now, when you know what sort of rates you're dealing with. Just know that if you're counting on your IRA contributions to provide an up-front tax reduction, a Roth won't achieve that goal.

Many people who have the option to participate in a 401(k) wind up doing so because their employers make it easy. Throw in the fact that many companies offer some sort of matching incentive, and contributing to a 401(k) becomes a virtual no-brainer. But just because you have access to a 401(k) through your job doesn't mean you're automatically barred from funding an IRA.

Though you can contribute to an IRA and a 401(k) at the same time, whether you'll get a tax break out of the deal depends on your income level and tax filing status. The following table shows whether your IRA contributions will be tax-deductible if you also have a 401(k):

Along these lines, if you don't have a 401(k) plan through your job but your spouse does, you may still qualify for a full or partial deduction for your IRA contribution. If you file a joint return and your MAGI is $186,000 or less, you can take a full deduction for whatever amount you contribute. That deduction then phases out with a MAGI of over $186,000 until it goes away completely at a MAGI of $196,000.

3. You can leave your money in your IRA indefinitely

Though many seniors need to start tapping their savings as soon as they retire, if you have another source of income (such as a well-paying part-time job), you may not need to withdraw funds from your IRA for a number of years. But what some people don't realize is that unless you have a Roth IRA, you'll have no choice but to start withdrawing funds from your account once you reach age 70-1/2. The exact amount you'll need to remove will depend on your account balance and life expectancy at the time, but if you don't take your required minimum distribution (RMD), you'll face a penalty equal to 50% of the amount you fail to withdraw.

Imagine your RMD is $6,000 and you neglect to withdraw that amount by the deadline. You'll face a penalty of $3,000, or half of your RMD amount. Ouch.

Of course, the downside of RMDs is twofold. First, the less money you have sitting in your account, the less earnings your portfolio will generate. Furthermore, because traditional IRA withdrawals are taxed in retirement, those RMDs could push you into a higher bracket than anticipated, especially if you're still working at the time and earning a pretty decent living. This highlights yet another advantage of the Roth IRA; though you lose that up-front tax break when you open a Roth, you gain more tax-related flexibility when you're older.

Here's one final thing everyone should understand about IRAs: The sooner you start funding your account, the better positioned you'll be for a financially secure retirement. If you don't have an IRA in place, it pays to explore your options for opening one immediately.