Please ensure Javascript is enabled for purposes of website accessibility
Log In Help Join The Motley Fool
Free Article Join Over 1 Million Premium Members And Get More In-Depth Stock Guidance and Research
By Sean Williams - Apr 21, 2017 at 7:36AM

Social Security isn't earning much interest income, and the Federal Reserve's monetary policy is the reason why.

Social Security is a financial lifeline for millions of retired Americans. Without it, many would likely struggle to make ends meet during their golden years. Data from the Social Security Administration (SSA) finds that around 60% of all currently retired workers relies on Social Security benefits for at least half of their monthly retirement income.

Yet, in spite of Social Security's undeniable importance, the program is slowly sliding toward disaster. The ongoing retirement of baby boomers coupled with steadily lengthening life expectancies has strained Social Security. The 2016 report from the Social Security Board of Trustees projects that the Trust will begin paying out more in benefits than it's bringing in via revenue by 2020, ultimately resulting in all of Social Security's spare cash being exhausted by the year 2034. 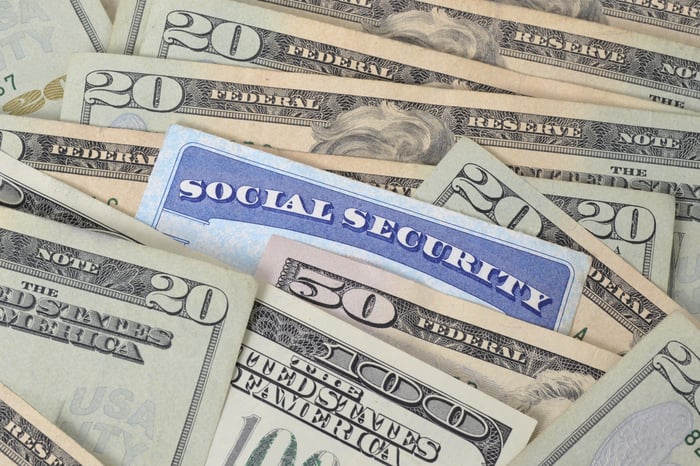 If this cash disappears completely, Social Security would become reliant on payroll tax revenue and, to a far lesser extent, revenue generated from the taxation of Social Security benefits to fund payouts. The Trustees report has estimated that payouts may need to be cut by up to 21% to sustain payments for the next 75 years.

Interest income is a major revenue variable for Social Security

One of the more intriguing variables that could add new revenue to Social Security (other than passing legislation in Congress) is interest income derived from the program's spare cash.

The federal government has limited options with what can be done with the $2.81 trillion in spare cash Social Security had in its coffers as of the beginning of 2016. The vast majority of it is invested in special-issue federal bonds, with a small amount invested in certificates of indebtedness. Both of these investment tools are exceptionally safe, which is sort of a requirement when dealing with income that seniors count on as guaranteed during their golden years.

But this also means that monetary policy set by the Federal Reserve can have a huge impact on what sort of revenue Social Security will be able to generate with its spare cash. If the Fed is tightening monetary policy, as it's doing now, interest rates are expected to move higher and lead to more attractive bond yields and thus more interest income. If the Fed is cutting interest rates to stimulate the economy, it can result in less interest income via lower yields on new bond issuances. 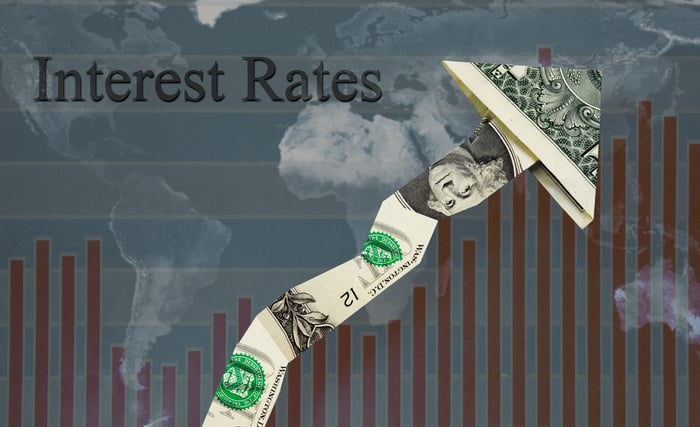 Social Security's average rate of return on its spare cash

According to data from the SSA, 10.1% of Social Security's $920.2 billion in revenue in 2015 came from interest earned on its spare cash. This works out to just shy of $93 billion. Based on the $2.81 trillion in spare cash the Trust began 2016 with, this implies an average rate of return of 3.31% for 2015. That's pretty dismal considering that inflation has historically averaged north of 3% over the past 100 years, albeit it's been a bit lower in recent years.

One of the bigger issues for Social Security has been an eight-year run where the Fed kept interest rates near historic lows. This pushed all new special bond issuance yields to 3% or lower. In fact, some recently issued bonds with maturities extending all the way out to between 2027 and 2030 have yields of just 1.375%, 1.75%, and 2%. As of April 2016, the average weighted interest rate for Social Security's spare cash was just 3.21%, implying it's dipped a bit more since the end of 2015.

The silver lining here is that as the Fed tightens we could very well see higher interest rate bonds issued, which means a better rate of return for Social Security's spare cash. However, at the same time we're also witnessing the maturity of its highest-yielding bonds. Some $68 billion yielding 5.625% matured last year, and $86 billion yielding 5.25% will have fully matured in 2017. In fact, more than half of the Trust's $2.8 trillion in spare cash will be yielding 2.875% or less by year's end. In other words, Social Security's rate of return on its spare cash could get worse before it gets better. 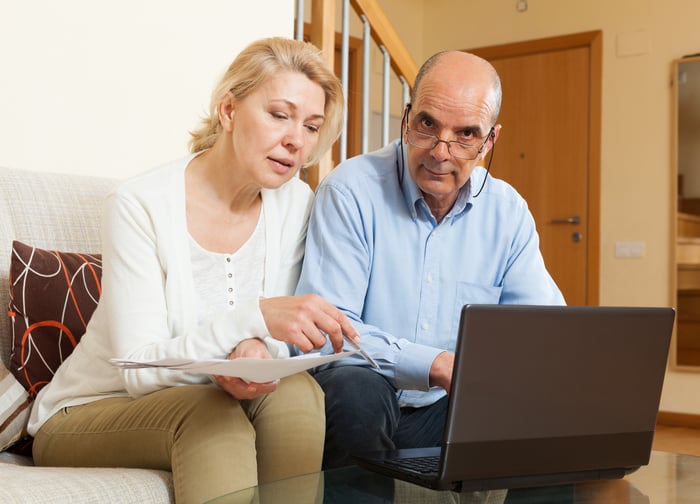 This revenue channel may soon disappear

And this isn't the worst of it.

As noted previously, the Trustees fully expect the Trust's spare cash to be exhausted within the next 17 years. By 2020, the spare cash will begin to shrink, providing even less opportunity for the program to earn interest income. What could wind up being $90 billion to $100 billion in annual interest income by 2019 could turn into a big fat goose egg ($0) by 2034. This is all the more reason why Congress needs to stop dawdling and come together to fix Social Security for future generations of retirees.

If there is good news, it's that there are more than a dozen workable ways that have been presented to fix Social Security by both political parties. The unfortunate aspect is that both sides have solutions that would work, and neither wants to back down. Republicans would prefer to raise the retirement age for future generations of workers to account for lengthening life expectancies. Meanwhile, Democrats want to lift the maximum taxable earnings threshold of the payroll tax, so as to require the wealthy to pay more. Both plans work, yet ideologically they're miles apart.

What's next for Social Security remains to be seen. It's very clearly in trouble and in need of assistance, and if nothing is done soon, it'll be kissing nearly $100 billion in annual interest income goodbye.