Please ensure Javascript is enabled for purposes of website accessibility
Log In Help Join The Motley Fool
Free Article Join Over 1 Million Premium Members And Get More In-Depth Stock Guidance and Research
By Maurie Backman – May 8, 2017 at 7:18AM

These key tips can help you set yourself up for life.

Whether retirement is right around the corner or several decades away, it's never too early to begin planning for the future. Here are 10 game-changing moves it pays to make right away.

1. Get used to budgeting

Sticking to a budget is critical once you begin living off a fixed income in retirement, so the sooner you start, the better trained you'll be. But more so than that, following a budget can open the door to savings during your working years by showing you not only where your money goes, but where there might be room to cut costs. 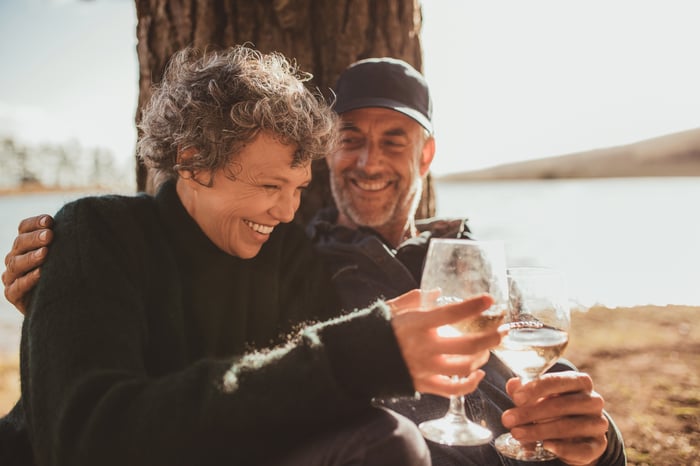 There's a reason credit card debt has a tendency to spiral. For every single day you carry an outstanding balance, you'll accrue interest charges that quickly add up in a relatively short period of time. If you're walking around in debt, now's the time to work on paying it off -- before it wreaks havoc on your retirement budget.

If you're years away from retirement, the money you save on interest charges can go a long way toward building a nest egg instead. Imagine you're currently paying $400 a year in credit card interest. If you were to knock out your balance and put that cash into a retirement account instead, you'd have an extra $18,000 after 20 years, assuming an average annual 8% return on investment. Now that's a far better use for your money.

3. Work on paying off your mortgage

Housing is a major expense for seniors, and entering retirement mortgage-free can ease the burden tremendously. Unfortunately, it's becoming harder and harder for older Americans to shake their housing debt. According to the Consumer Financial Protection Bureau, 30% of homeowners age 65 and over continue to owe money on their mortgages. If you eliminate that home loan by the time you retire, you'll have far more financial flexibility later in life.

4. Ramp up your retirement savings

The average IRA balance in the U.S. is $94,100, and the average 401(k) balance is $92,500. But while those might seem like impressive figures, given that Americans are living longer these days, saving either amount will probably leave you cash-strapped in retirement. In fact, even if you were to save as much as the average American in both types of account simultaneously, for a total of $186,600, you'd still have a hard time making ends meet as a senior. That's because over a 25-year retirement, $186,600 leaves you with just $622 per month in spending money. Throw in Social Security, which for the average recipient today equals $1,360 a month, and you're still looking at less than $2,000 to cover all of your monthly bills.

Even if you can't max out these limits, increasing your contributions can make a big difference in the long run. In fact, if you were to put just $100 more per month into either type of account for the next 10 years, you'd have an extra $17,400 for retirement, assuming an average annual 8% return on your money.

Though not all companies offer a 401(k), 92% of those who do provide one also match employee contributions to a certain degree. Yet an estimated 25% of workers whose companies offer this incentive don't put in enough of their own money to snag that match. In fact, the typical worker who passes up an employer match misses out on $1,336 a year in free money.

Worse yet, when you give up a company match, you don't just lose out on whatever principal amount your employer would've added to your retirement account; you also lose out on that money's growth potential. Over a 20-year period, missing out on $1,336 annually would actually leave you $61,000 poorer than necessary, assuming your portfolio otherwise generates an average annual 8% return on investment. While you may not manage to contribute enough to hit the annual limit for a 401(k), you should at least kick in enough to benefit from your employer's match in full.

Many savers build their nest eggs with traditional IRAs, not Roth accounts, because they offer an immediate tax break for contributing. But while Roth IRA contributions aren't tax-deductible, the money you put into a Roth gets to grow completely tax-free, and when the time comes to withdraw money in retirement, your distributions are tax-free as well. Furthermore, unlike traditional IRAs, Roth IRAs don't impose required minimum distributions starting at age 70 1/2, which means your money can benefit from tax-free growth throughout your lifetime.

If you already have money in a traditional IRA, you do have the option to roll it into a Roth. Doing so will trigger taxes on the amount you move over, but it might pay to get those taxes out of the way now, when we know what rates look like. Since there's no telling what the future has in store for tax rates, saving with a Roth IRA eliminates much of the potential risk involved.

A recent NerdWallet study found that 92% of Americans have no idea how much money they lose to 401(k) fees. While it's pretty much impossible to avoid fees entirely when investing your retirement savings, you can lower those fees by sticking with low-cost investments -- namely, index funds, which simply seek to track the performance of existing indexes, like the S&P 500. The fees associated with index funds are considerably lower than those charged by actively managed mutual funds, yet index funds have also been steadily outperforming their actively managed counterparts over the past decade and change. If shifting your investments frees up $1,000 per year in fee-based savings, you'll be $30,000 richer in three decades' time.

You don't need to be rich or have a complicated estate to need a will, yet more Americans than not are missing this crucial document. According to Caring.com, 58% of Americans don't have a will, including 64% of adults with minor children. While you can create a basic will yourself online, it often pays to enlist the help of an attorney who can ensure that your last wishes are documented correctly.

10. Decide how you want to spend your time as a senior

Given the amount of free time you'll have in retirement, it's a good idea to put some thought into how you'll spend your days. Deciding, for instance, whether you wish to travel the globe versus enjoy low-cost activities closer to home can help you determine whether your retirement savings are on track. According to a Merrill Lynch study, 58% of retirees fail to budget for leisure activities as part of their retirement planning, but coming up with a game plan in advance can help ensure that your cash reserves align with your expectations.

The more thought you put into retirement during your working years, the happier you'll be when you move on to the next chapter of your life. Follow these tips, and you'll be in a much better position to enjoy retirement to the fullest.