You've probably heard of Social Security, and if you're an older worker or near-retiree, you'll soon come to depend on it for a key source of income. But how much do you really know about Social Security? Here are a few stats you might find surprising. 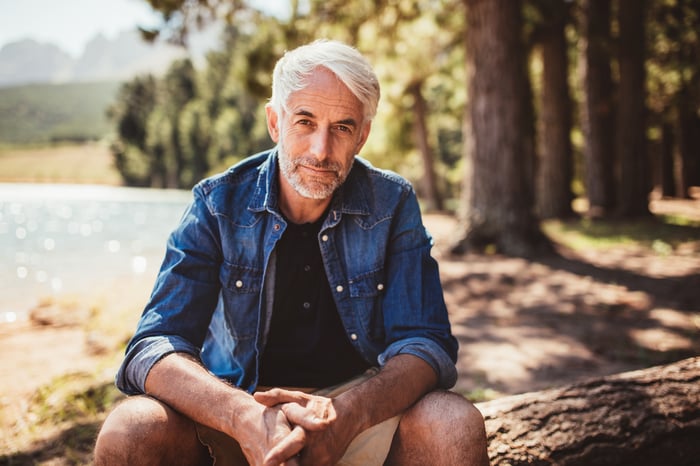 2. An estimated 49% percent of unmarried women over 65 depend on Social Security to provide 90% or more of their income

It's not just women who rely on Social Security in the absence of independent savings. But those benefits tend to be particularly critical for women, who have long lagged behind their male counterparts from a retirement savings perspective.

3. Someone making $5 million a year pays the same amount of Social Security tax as someone with an annual salary of $127,200

The Social Security income-tax cap is a sore spot for anyone who thinks the wealthy should pay their fair share. Under the current system, wages exceeding the $127,200 threshold aren't subject to Social Security tax, which means the ultra-rich lose the same amount to taxes as those earning a decent, but not extraordinary, salary. But while the income cap might seem unfair, remember that Social Security also pays out a maximum benefit each year, and once lifetime earnings exceed a certain limit, there's no more to be gained from a benefits perspective. So while the super-wealthy may not be paying all that much in Social Security taxes, proportionately speaking, their benefits will ultimately represent just a fraction of their former income.

The current Social Security tax rate is 12.4%, but if you're a salaried worker, you'll only have half that amount taken out of your paychecks because your employer will pay the rest. If you're self-employed, however, you'll be on the hook for the entire 12.4%. Now the good news is that you can deduct half of your Social Security tax payments when you file your tax return, but the bad news is that you're required to pay that money up front.

5. Social Security will replace only about 40% of the average worker's pre-retirement income

Countless retirees bank on Social Security in the absence of independent savings. But Social Security was never designed to fully sustain seniors in retirement. The typical worker needs 70% to 80% of his or her former income to pay the bills as a senior, but Social Security will only provide about half that amount. That's why saving independently for retirement is an absolute must, and the sooner you start, the better.

6. About 60% of beneficiaries file for Social Security early

While your Social Security benefits are based on your 35 highest years of earnings, the age at which you file for benefits can impact their ultimate value. If you first claim benefits at your full retirement age, which, for today's older workers, is 66, 67, or somewhere in between, you'll get those payments in full. But if you file early, you'll face a 6.67% reduction in benefits for the first three years, and then 5% a year thereafter -- and that reduction will remain in effect for the rest of your life. You'll need to seriously weigh the pros and cons of claiming Social Security early, as it could impact your long-term financial health as a senior.

7. Only 10% of beneficiaries delay Social Security past full retirement age

Just as claiming Social Security early will cut your payments, delaying benefits past your full retirement age will cause them to automatically go up. Specifically, you'll get an 8% boost in benefits for each year you hold off, up until age 70. Unfortunately, most retirees aren't able to hold out on Social Security, and as such, they lose out on that growth opportunity.

Social Security is heavily reliant on its trust funds to keep up with scheduled benefits. That's because in recent years, there have been more people leaving the workforce than entering it, and as a result, incoming tax revenues aren't doing a good enough job of sustaining the program. Because those trust funds will, according to recent projections, be depleted by 2034, many current workers worry that Social Security won't be around once it's their turn to retire. But while the program is up against a serious financial crunch, it's by no means going broke. Even in a worst-case scenario, it will still collect enough taxes to pay close to 80% of scheduled benefits down the line.

9. As of 2013, there were over 1,500 deceased Social Security recipients still collecting benefits

Many people try to game the system by collecting benefits for those who have already passed away. While survivors are entitled to benefits based on their spouses' earnings, it's illegal to pretend that a person is still alive so you can cash his or her Social Security checks.

Fraud costs Social Security a fair chunk of money it really can't afford to be parting with. That said, the program is facing a $19 trillion shortfall, and while eliminating fraudulent payments will save the agency an estimated $5 billion a year, it won't come close to bridging that gap.

The more you know about Social Security, the better equipped you'll be to maximize your benefits when it's your turn to collect them. Whether you're nearing retirement or are decades away, it pays to read up on Social Security and get more insight on how the program works.