No matter how ready you think you are for retirement, without a plan, you’re likely to struggle emotionally and financially.

Retirement is an exciting period of life to look forward to. But if you're not really ready, you might quickly come to regret your decision to leave the workforce behind. Before you pull the trigger, ponder the following questions to see whether now's the right time to make your retirement official.

Entering retirement saddled with debt can make for a financially stressful existence in your older age. Yet a growing number of seniors are approaching retirement with significant levels of debt. 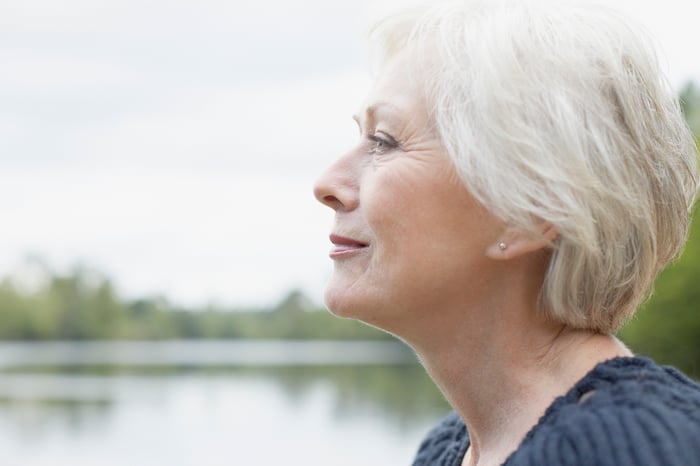 According to the Consumer Financial Protection Bureau, 30% of seniors 65 and older continue to carry mortgage debt. Worse yet, over 21% of homeowners 75 and older fall into this category.

Credit card debt also continues to plague older Americans. According to ValuePenguin, seniors aged 65 to 69 carry an average of $6,876 in credit card debt, while those 70 to 74 have $6,465 on average. And even though seniors 75 and over have less credit card debt than any other age group, they still owe an average $5,638.

If you're carrying debt, you may want to consider working a bit longer and paying it off (or at least paying off a portion of what you owe) before you retire. This way, you won't feel quite as financially squeezed when you move over to a fixed income.

What will your basic living costs amount to?

While some of your everyday expenses, like commuting, might go away by virtue of being retired, here's some potentially shocking news: There's a good chance the majority of your costs will stay the same or even increase once you stop working. Take healthcare, for example -- the one expense that almost always goes up for retirees. Recent projections tell us that the average healthy 65-year-old couple today will spend $377,000 on medical expenses in retirement. Reading between the lines, if you're not particularly healthy, or have a known illness or condition, you'll probably spend more.

Then there's housing, food, and transportation, which cost the typical retired household $1,294, $459, and $571 per month, respectively. Throw in utilities, cable, phone service, and clothing -- all of which you'll still need in retirement -- and that small bit of savings you get from no longer having to commute might not amount to much.

Before you retire, make sure to do some serious number-crunching to see what your non-negotiable living costs look like. If your savings and projected income can't support your budget, you'll need to rethink your plans.

How will you spend your days?

Retirement tends to pose one universal challenge -- too much free time. From an emotional perspective, too much downtime can lead to restlessness, boredom, and even depression. And from a financial perspective, filling those hours can constitute a major strain on your budget.

According to a Merrill Lynch survey, 58% of seniors fail to budget for leisure activities in the course of their retirement planning. If you're serious about retiring in the near term, be sure to put some thought into how you'll spend your days, and how much that entertainment might cost.

How do your savings stack up?

Recent data from the Economic Policy Institute states that the average household nearing retirement has saved $163,577. But while that number represents the average, the median savings among near-retirees is just $17,000. What this tells us is that a large percentage of older workers have saved well below the average.

While your savings only represent a portion of your retirement income -- there's also Social Security to factor in -- if your nest egg isn't in great shape, it might pay to postpone retirement and give yourself a few extra years to sock away some money. The good thing about being 50 or older is that you can contribute more to a tax-advantaged retirement account than your younger counterparts. The current annual limit for those 50 and over is $24,000 for a 401(k), and $6,500 for an IRA.

Even if you don't have access to a 401(k), working two more years and maxing out your IRA will give you an additional $13,000 to use for the future. Just as importantly, extending your career will limit the number of years during which you're withdrawing from savings, which will help your nest egg last even longer.

Retirement can be an extremely rewarding milestone to look forward to, but the key is to make sure you're well-prepared. If you work on paying off debt, estimating your living costs, mapping out your goals, and reinforcing your savings, you stand a much better chance of enjoying retirement to the fullest.