Yes, so long as these three things are true.

I'm not going to bury the lede. You absolutely should take Social Security early if (1) you'll be able to make ends meet, (2) you don't like your current job, and (3) you have activities you're interested in pursuing.

That might sound overly simplistic, but I believe this heuristic will lead to positive outcomes for the vast majority of retirees based on the available research. Here's why. 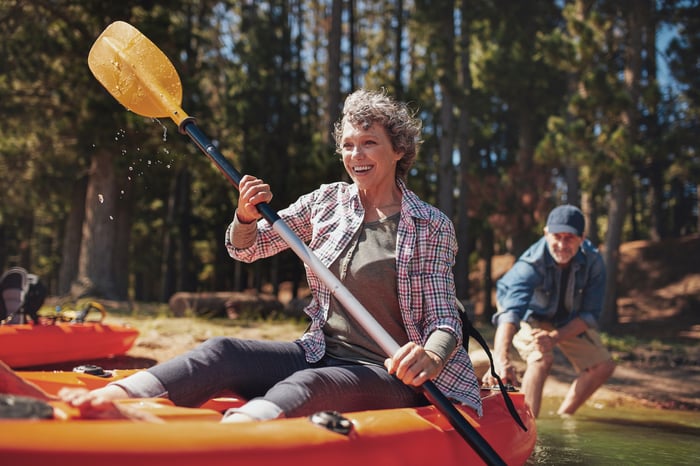 Why delaying Social Security is an enticing option

For most senior citizens, the full retirement age is 66 (note: that's started to change slightly for those born after 1954). However, you can claim Social Security as early as 62, and as late as 70. The amount you'll receive depends upon two things: your lifetime earnings record, and when you start receiving benefits.

Let's say your monthly benefit at full retirement age is $1,300 -- which is about what the average retiree on Social Security gets right now. Here's how that benefit fluctuates depending on when you make an initial claim. 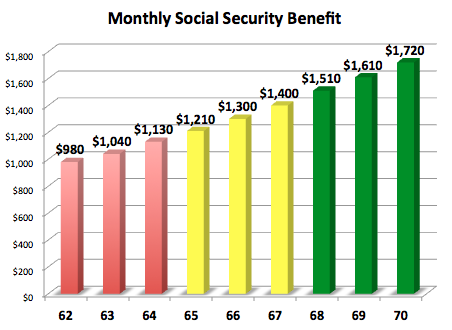 Clearly, there's a financial incentive to delaying. While those postponing until 70 will be waiting for eight years while their comrades collect almost 100 monthly payments, those eventual payouts will be a whopping 76% higher!

This explains the first caveat I offered up: don't take Social Security early if doing so will put you in dire financial straits. If you need that added monthly cushion, delay your filing.

But remember to explore your level of "Enough"

However, even that caveat comes with a caveat: because of hedonic adaptation, many of us could survive on far less and be -- eventually -- perfectly happy. Most times, we hear of hedonic adaptation as a bad thing: it makes us unsatisfied with the new car we worked so hard for, or envious of the neighbor who puts in a new pool.

But it works both ways: by adapting to "lower" material comforts, the initial sting of having to give up a certain lifestyle fades pretty quickly, and we can focus on other things that bring us happiness.

Indeed, even though a chorus of financial writers are shouting "Crisis, crisis" from the rooftops (myself included from time to time), the reality is that most senior citizens are happier now then they've ever been in their lives.

Merrill Lynch and Age Wave took an interesting survey. They asked participants ­­-- who were representative of the entire U.S. population across several demographics -- how often they'd felt a string of emotions. Here's what the results looked like:

Percent Who Said "I Often Feel..."

Clearly, affluence of time has a greater effect on our day-to-day feelings than affluence of money. When we can choose what to work on -- and when to work on it -- we are much happier.

That's where the second caveat comes from: if you really love the job that you're doing now, then there's no need to start claiming Social Security early.

Don't forget that life goes on after leaving your job

Of course, it'll be important for early retirees to also have an established set of activities that bring joy as well.

Wes Moss, host of the Money Matters radio show, has demonstrated the importance of core pursuits. This can be anything that gives a person meaning, purpose, or enjoyment. Gardening, babysitting grandchildren, playing bridge, golfing, even day trading stock -- which we don't suggest, but to each their own -- would be considered core pursuits.

Happy retirees entered their Golden Years with an average of 3.6 core pursuits, while unhappy ones started with less than two. It turns out, you need to have meaning-making built into your life before claiming Social Security if you want to avoid a late-life crisis.

That's where the third caveat comes from: if you don't think you have such core pursuits figured out yet, take your time to gradually retire from work. Set aside some time to explore your interests, while keeping the structure and social connections your job provides in tact. Doing so should lead to an easier transition to retirement.

In general, I believe most people would be able to make ends meet -- albeit at a lower level, and enjoy life more if they claimed Social Security as early as possible. Given the emotional benefits of doing so, I think it's silly to waste time maximizing income when you could be out there, enjoying the rest of your life.