Countless Americans rely on outside professionals to help guide their investment decisions. In fact, the entire financial services industry is based on the premise that everyday investors need guidance on how to maximize their earnings and plan for the future. As of 2014, there were over 300,000 active financial advisors in the country despite a decrease in practicing professionals several years prior.

Unfortunately, not all financial advisors are completely trustworthy. In a 2016 study that covered more than 1 million records, a good 7% of advisors were found to have engaged in some form of misconduct, whether in the form of negligence or outright fraud. But thanks to a new rule, those seeking the help of finance professionals are getting a much-needed dose of reassurance. After several months of delay, the Department of Labor's fiduciary rule will finally be taking effect come early June -- and that's good news for your retirement. 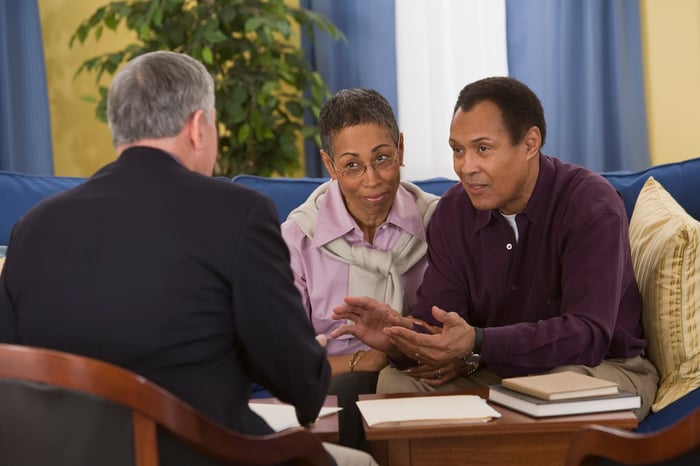 How the new rule works

Beginning in June, when the new rule takes effect, financial professionals who offer advice for retirement accounts like IRAs and 401(k)s will be required to adhere to what's known as the fiduciary standard. But this wasn't always the case. For years, many professionals have simply followed the less rigid suitability standard.

Under the suitability standard, advisors are merely required to recommend investments that are suitable for your needs, even if they aren't necessarily the optimal or most cost-effective choice. It's the latter fact that prompted the Obama administration to push the rule through in the first place -- its research found that the way many investment professionals do business costs Americans approximately $17 billion per year, and produces annual returns that are a full percent lower than they could be.

The new rule, however, seeks to change all of that by forcing professionals to act as fiduciaries. Fiduciaries must act in their clients' best interests at all times, even if it means losing out on commissions.

Here's how the rule might work in practice. Say you have an advisor with two investment options to offer a client. Both options might be equally suitable in that they come with an appropriate level of risk and offer comparable returns. But if one investment costs significantly more, the advisor must recommend the lower-cost alternative, even if that translates into less of a commission or fee.

Now one thing to keep in mind about this rule is that it currently applies to retirement accounts only. If you have a traditional, taxable investment account, your advisor can stick with the suitability standard. But going forward, any retirement-related advice you get must follow the fiduciary standard, which means you can rest assured knowing you'll be getting access to affordable investments for your nest egg.

Timing of the rule

Though initially slated to take effect in April, the new fiduciary rule is now set to partially take effect come June. According to the latest projections, it will go into full effect in January 2018. Now it should be noted that the Trump administration does have the ability to make changes to the rule, but right now, it's unclear as to whether it will actually do so.

Furthermore, while the rule is certainly something the typical investor can celebrate, not everybody is happy about it. Opponents of the rule have long argued that smaller investment firms and independent advisors will be forced to raise fees to keep up with the new standard. But while the fiduciary rule might require some getting used to in the professional world, it's a victory for ordinary investors whose goal is to save enough for a secure retirement without having to worry about being taken advantage of along the way.