Social Security provides critical financial benefits to millions of older Americans. But recent data reveals that the public may be sort of, well, clueless, when it comes to how the program works. In a 2015 Mass Mutual survey, 71% of respondents had no idea what Social Security considers full retirement age. And according to a 2016 report by the U.S. Government Accountability Office, most Americans aren't aware that holding off on Social Security benefits can result in an 8% boost in payments each year.

If there's one aspect of Social Security you can't afford to be misinformed about, it's the impact your age of filing will have on your lifetime benefits. And the sooner you get your facts straight, the less likely you'll make a major mistake. 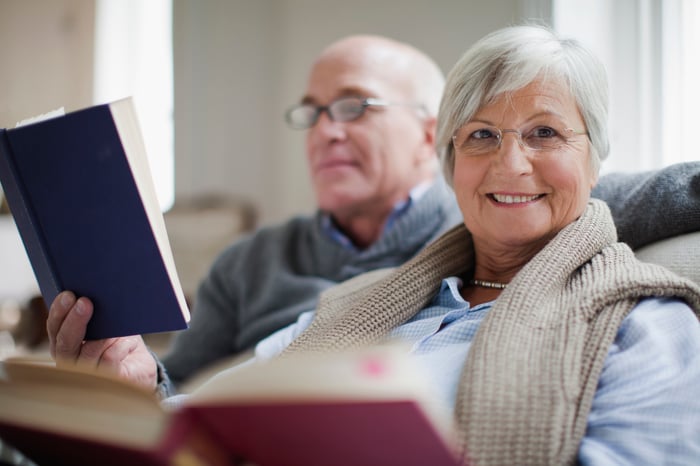 Your Social Security benefits are based on how much you earned during your working years. But that base amount can go up or down depending on how old you are when you first start taking benefits.

Filing early will slash your benefits

Though the Social Security Administration essentially expects you to file for benefits at your full retirement age, you're allowed to take benefits as early as age 62. But doing so will come at a cost. For every year you file early, you'll lose 6.67% of your benefits for the first three years, and then 5% of your benefits for each additional year. So if your full retirement age is 66 and you start taking benefits at 62, you'll lose 25% of the amount you'd otherwise be entitled to.

Now there are some situations where it pays to file for Social Security at 62. If you've lost your job, for example, and need the money to pay your bills, it makes more sense to collect Social Security than to rack up costly credit card debt. But before you rush to claim benefits the minute you become eligible, be sure to consider the extent to which you'll be cutting your payments.

Here's something else you may not have known: When you file for benefits before reaching full retirement age, the reduction you face remains in effect for the rest of your life. Not only will you permanently cut your own benefits, but you'll lower the amount of your spouse's survival benefits once you pass away. And if he or she outlives you for a considerable period of time, that could make a significant difference.

Holding off will boost your benefits

Just as there are consequences to claiming Social Security early, so too can filing late influence your ultimate payout -- but in a good way. For each year you delay Social Security past your full retirement age, you'll automatically raise your payments by 8%. And just as reductions in benefits get locked in for life, so too do increases in benefits.

Now once you reach age 70, you'll no longer get to accrue delayed retirement credits that boost your benefits, which means you might as well file for Social Security at that point. But if you're still working at full retirement age or don't need the extra money right away, holding off on Social Security is a good way to score a risk-free 8% return on your base benefit amount.

Though Social Security is only designed to replace about 40% of the average worker's pre-retirement salary, about 65% of seniors rely on those benefits to provide most of their retirement income. Furthermore, Social Security serves as the sole source of income for an estimated 25% of retirees. If you're counting on Social Security in the absence of independent savings, it's even more critical that you understand the repercussions of filing at various ages.

Remember, whatever monthly benefit amount you first collect is the number you'll lock in for the rest of your life. While you may be tempted to claim benefits at 62, or even at full retirement age, it often pays to hold off as long as possible and get as much money out of Social Security as you can.