The president's budget includes spending reductions, but they're based on tests that may not pan out.

President Trump released his proposed 2018 budget in late May, and it included a wide variety of cuts to various social programs. One of the reductions that got the most attention was the budget's plan to decrease spending on Social Security disability benefits, which many opponents argued violated the president's promise during his campaign not to make changes to the Social Security program. Advocates for the disabled argued that the plan would make it dramatically more difficult for those who currently receive benefits to survive, while proponents of the changes believe the move will reduce fraud and waste in the program.

Yet regardless of whether you support or oppose the Trump budget, the problem with the proposed cuts to Social Security disability is that most of them are based on conjecture about whether and how much certain program changes might produce the desired result. Rather than proposing concrete, well-defined changes whose impacts are easy to measure and understand, the budget offers sparse, vague guidance on how it would make the lion's share of its cost reductions. This makes it hard for Americans to judge whether the Trump budget would help or hurt them. 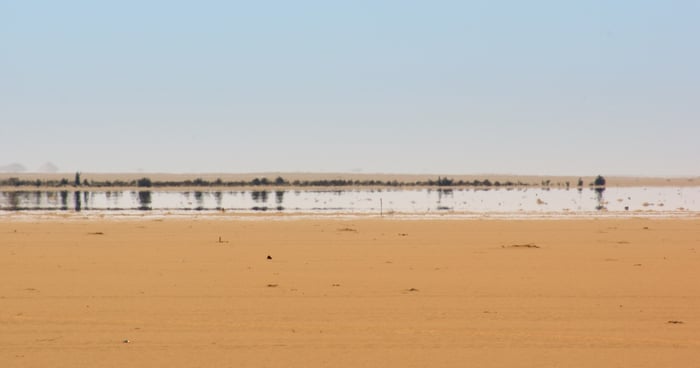 How the budget deals with disability costs

When it comes to disability insurance costs, one of the key assumptions behind the Trump budget is that many people who are now considered disabled could actually go back to work. According to the Office of Management and Budget's description of the 2018 budgets major savings and reforms, the budget would "evaluate creative and effective ways to promote greater labor force participation of people with disability by expanding demonstration authority that allows the Administration to test new program rules and requires mandatory participation by program applicants and beneficiaries."

Under the proposal, an "expert panel" would identify potential changes to the program, using demonstrations of different methods and other evidence to establish what new permanent rules should look like. The expert panel's purpose, according to the Congressional Budget Office, is "making recommendations to reduce participation levels that would be directly tied to reaching a 5 percent reduction in Disability Insurance (DI) and Supplemental Security Income (SSI) projected outlays by 2027."

The Trump administration has high hopes for these measures. It believes that testing these new approaches would cut nearly $49 billion from expenditures over the next 10 years, which is more than two-thirds of the total reductions to disability-related spending that the budget would make overall.

What approaches does Trump want to test?

In particular, the OMB explanation of the 2018 proposed budget lists five specific projects in which it would require disabled Americans to participate. They include:

At the same time, the budget calls for the Department of Labor to test more broadly a program in Washington State that's designed to reduce workers' compensation spending on those with temporary injuries and disabilities.

The problem with budget-cut testing

The primary challenge that these disability cuts will face is actually producing the savings that the budget projects. The budget has no expectations that its testing will achieve any savings between now and 2022, and in fact it recognizes that the tests would add $100 million in costs. And yet the budget assumes that starting in 2023, the results of the tests will produce annual savings that will ramp up at a rate of roughly $3 billion to $5 billion per year, reaching a maximum of $18.6 billion in 2027.

If the assumptions behind these testing points proved wrong, then the anticipated savings would turn out to be a mirage. Instead, the tests would have resulted in program changes that only added more layers of bureaucracy without benefiting either the disabled populations the program is intended to serve or the taxpayers who fund Social Security.

Some of the budget's cuts to disability insurance, including a reduction in retroactive benefits and sliding scales for families with multiple SSI recipients, are quite specific and are easier to measure. Yet by relying so much on undefined and nebulous solutions, the president's budget sets expectations that it couldn't achieve even if it were implemented.