Please ensure Javascript is enabled for purposes of website accessibility
Log In Help Join The Motley Fool
Free Article Join Over 1 Million Premium Members And Get More In-Depth Stock Guidance and Research
By Maurie Backman - Jul 9, 2017 at 7:46AM

It's time to set the record straight.

Many seniors look forward to retirement and the laid-back lifestyle it offers. But there's a lot of misinformation out there about retirement, and if you don't get your facts straight, you could run into financial trouble later on in life. Here are three retirement myths you shouldn't believe for a second.

1. You'll spend a lot less money in retirement than you did during your working years

While it's true that some seniors wind up spending less money in retirement, you'd be surprised at how much income you'll actually need. The average healthy 65-year-old couple today is expected to spend $400,000 or more on healthcare costs in retirement. When you break that out on a yearly basis, that's probably more than you're spending on medical care today. Throw in the fact that an estimated 30% of seniors continue to carry mortgage debt, not to mention insurance, property taxes, and maintenance, and there's a good chance your housing costs won't go down, either. 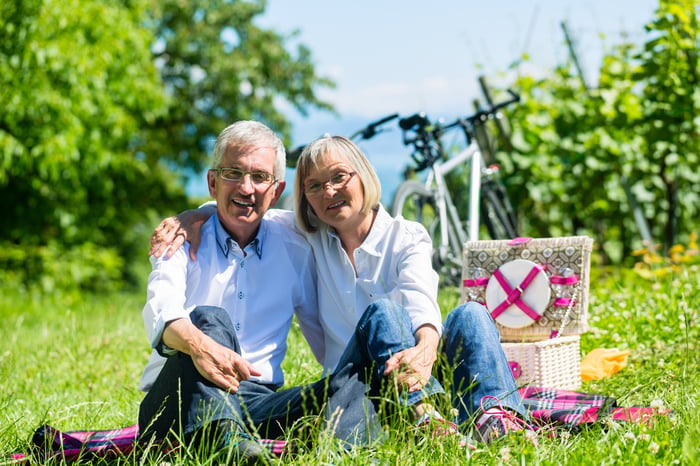 In fact, the only expense that's pretty much guaranteed to drop in retirement is commuting, but that might easily be replaced by leisure spending given the amount of free time you'll have on your hands. And so while the old rule of thumb was that most seniors could get by on 70% to 80% of their previous income in retirement, these days, that doesn't necessarily apply. Rather, there's a good chance you'll need a 100% income replacement rate to keep up with your senior living expenses.

Still not convinced? Then consider this: According to the Employee Benefit Research Institute (EBRI), 46% of senior households wind up spending more money, not less, during their first two years of retirement than what they did while they were still working. Furthermore, the EBRI found that 33% of seniors uphold this trend for six years before spending starts to decline. While you may end up spending a bit less money per year in retirement, don't count on a huge gap. Your savings should reflect the fact that your expenses are likely to stay the same or drop only slightly.

2. You can live off Social Security alone

Though Social Security serves as a critical source of income for millions of seniors, it was never meant to sustain retirees on its own. In fact, the Social Security Administration itself says that in a typical scenario, a recipient's benefits will replace roughly 40% of his or her pre-retirement income. And as we just saw above, that's clearly not going to cut it.

Currently, the average Social Security beneficiary collects roughly $1,360 a month, or $16,320 a year. A dual-income household, therefore, might collect $32,640. But even if we go with that higher figure, it's still not enough to cover most retirees' basic living costs, especially given that over a 20-year period, $20,000 of that amount might go toward healthcare alone.

Despite the fact that the average American retiree can't live off just Social Security, a shocking number of older workers aren't stepping up their savings game. The Economic Policy Institute reports that more than 40% of baby boomers aged 55 to 64 have yet to start building a nest egg. If you're part of that number, then you'll need to work on establishing some savings and adopt a more realistic view of what Social Security will and won't cover.

Many soon-to-be retirees know to plan for expenses like healthcare costs and leisure activities during their golden years, but many fail to account for the one major expense that catches so many seniors off guard: taxes. Contrary to what you may have been led to believe, seniors aren't immune to paying taxes. In fact, depending on your specific income streams, you might face a host of demands from the IRS.

For example, unless you have a Roth account, withdrawals from an IRA or 401(k) are always taxable in retirement. Not only that, but they're treated as ordinary income, which means you don't get any sort of tax deal whatsoever. The same holds true for whatever traditional investment income you collect in retirement, whether it's capital gains, dividends, or bond interest payments.

Then there's Social Security, which can also be taxable if you have income sources outside of those monthly payments. Though not all seniors pay taxes on Social Security if your provisional income is high enough, you could be taxed on up to 85% of your benefits. Furthermore, there are 13 states that tax Social Security income to varying degrees, and if yours is on the list, you might lose a portion of your benefits that way. Be sure to plan for taxes in retirement when establishing your budget. Otherwise, you could be in for some major financial upheaval.

When it comes to retirement, you can't believe everything you hear. Now that you know the truth about these myths, you can take steps to plan accordingly and avoid compromising your financial security.