Though retirement should, in theory, be a milestone to look forward to, many Americans are overwhelmingly worried about their golden years. In a 2016 Transamerica survey, half of baby boomers said they're concerned that their savings won't cover their retirement costs. Meanwhile, a recent survey by the Employee Benefit Research Institute found that 30% of current workers overall feel stressed about retirement.

Given the unknowns of retirement, it's natural to be apprehensive about leaving that steady paycheck behind. But if you want to retire with more confidence, here's what you need to do. 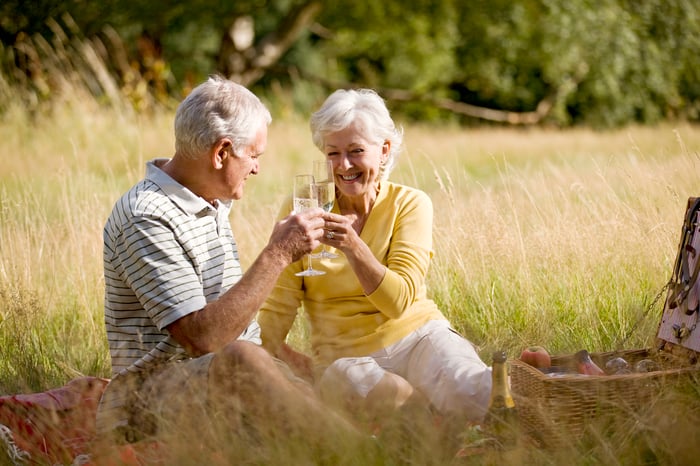 One reason so many workers worry about retirement is that it can be tricky to predict how much money you'll need in the future. But if you prepare for a number of key expenses -- those that are likely to eat up the largest chunks of your budget -- you'll be in a better position to cover your remaining costs as they fluctuate.

One such major expense is healthcare, and the numbers, unfortunately, aren't pretty. According to recent projections, the average healthy 65-year-old couple today will spend $400,000, if not slightly more, on healthcare costs throughout retirement. And that's just an average, so if your health is poor, you might spend more. But daunting as that number may be, it at least gives you a figure to work with. So if you're a couple who's anticipating a 25-year retirement, you can plan on spending roughly $16,000 on annual medical costs. If you have a known health issue, you'll want to adjust that number upward. Either way, the key is get a handle on what could be your greatest expense down the line.

Then there's housing to think about. While you can't predict exactly how much it'll cost to maintain your home over time, you should know that most homeowners spend anywhere from 1% to 4% of their properties' value on annual upkeep. If you have an older home, which tends to be the case for retirees, and it's worth $300,000, you can plan on needing $12,000 a year to keep it standing to be on the safe side. Factor in what you're paying in property taxes, homeowner's insurance, and a mortgage (assuming you're carrying one into retirement), and from there, you can nail down your long-term housing costs.

While healthcare and housing are only two of the expenses you'll face as a senior, because they tend to be the most sizable, knowing what to expect can help you map out the rest of your budget accordingly. That way, you'll get a sense of how much savings you'll actually need.

Once you come up with a solid estimate of what your retirement expenses will entail, you'll need to make sure you have enough income to cover them. Of course, that income can come from several places -- your Social Security benefits, investments, part-time work, and, of course, your retirement plan. And while you can estimate your eventual Social Security payments online, the only way to know if you're saving enough independently is to take a look at your IRA or 401(k) balance, come up with a reasonable yearly withdrawal rate based on your anticipated expenses, and see if that rate is feasible given the amount you have to work with. If it isn't, you'll need to save more money before you can feel comfortable retiring. It's really as simple as that.

3. Step up your retirement plan contributions

If you think your retirement savings are right where you need them to be, congratulations -- because you're probably among the minority of folks who can make such a claim. Not only do one-third of today's workers have no money set aside for retirement at all, but according to the Economic Policy Institute, more than 40% of baby boomers aged 55-64 have no long-term savings to show for either.

If you're behind on savings and want to feel good about retiring, no matter where you are in your career, now's the time to ramp up those contributions. Currently, workers under 50 can put up to $18,000 a year into a 401(k) and $5,500 a year into an IRA. If you're 50 or older, these limits increase to $24,000 and $6,500, respectively. Assuming you're in the latter category, maxing out a 401(k) for just five years will leave you with more than $132,000 to add to your nest egg, even if your investments only generate a relatively conservative average annual 5% return during that time.

Now if you only have a year or two left before you're hoping to retire, and your savings aren't close to where they should be, you'll rethink some aspect of your plan. That might mean working a few extra years to beef up your IRA or 401(k), or coming up with a part-time work arrangement during retirement to generate enough income to fill that gap. The point is to do what it takes to come up with the money you know you're bound to need.

The key to retiring with confidence is to not go in blindly. If you do your research, you can get a pretty solid estimate as to how much money you'll need down the line. It may not be perfect, but it'll get you close enough. From there, it's really just a matter of seeing how much income your savings will give you, and taking steps to compensate for whatever shortfall might exist. If you follow these steps, you can enter retirement with the peace of mind that comes with being prepared.