Please ensure Javascript is enabled for purposes of website accessibility
Log In Help Join The Motley Fool
Free Article Join Over 1 Million Premium Members And Get More In-Depth Stock Guidance and Research
By Katie Brockman - Jul 9, 2017 at 9:42AM

Planning on moving during retirement? Here's where you should (and shouldn't) put down roots.

When you picture retirement, you might imagine yourself soaking up the sun in Florida, moving to California to enjoy summer year-round, or even spending your days in tropical Hawaii.

But these states may end up costing you big-time, because they're not the most retiree-friendly, financially speaking.

In a recent report, Bankrate ranked each state in America based on how comfortably someone could retire there. Using data from the Council for Community and Economic Research, the Agency for Healthcare Research and Quality, and the Tax Foundation, Bankrate included important factors such as the cost of living, healthcare quality, tax rate, crime rate, and overall community well-being to determine which states offered the best retirement environment and which ones should be avoided.

So where does your state (or preferred state) land on the list? Here are some of the best and worst places to retire. 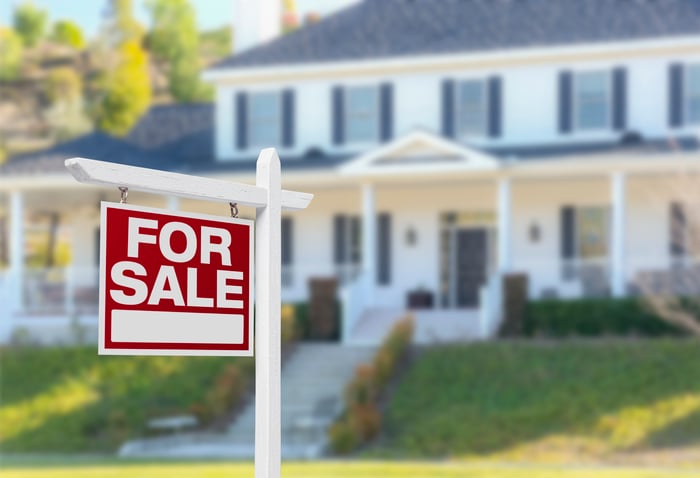 The best states to live during retirement may come as a surprise, as they're not areas that are normally considered retirement havens. Nevertheless, they're states you may want to consider if you're thinking about retiring soon.

First, though, let's take a look at the different factors that go into these rankings:

Wyoming may seem like an odd retirement destination, but it ranks the best in the nation overall. The tax rate is unbeatable, partly because the state has no income tax, and the sales tax and property tax are among the lowest in the nation at just 5.40% and 0.51%, respectively.

Also, the crime rate is among the lowest in the country (ranking No. 5 among all states), and the weather is pretty nice, too (at least according to the survey respondents), with average high temperatures peaking in the low 80s in the summer.

Colorado is not the cheapest place to live, ranking 30th out of the 50 states in terms of overall cost of living. The average home price in Denver reached a record high of $487,974 in April, and even in the less expensive city of Colorado Springs, the average price for a single-family home is $298,774.

Yet there's a reason why people are flocking to Colorado: the gorgeous weather and the wonderful sense of community, based on resident satisfaction surveys. The healthcare quality is also fantastic, ranking 14th in the nation.

Utah makes the list for several reasons: the low cost of living (the state ranks at No. 7 overall in the country), the quality healthcare (also ranking at No. 7), and the great weather.

The median home value in Salt Lake City is about $281,000, according to Zillow. And in less expensive cities, such as Ogden, the median home value is just $145,000. Utah also has one of the healthiest populations in the country, and it has some of the lowest healthcare costs per capita, based on data from the United Health Foundation.

While most people don't dream of moving to Idaho the minute they retire, it does offer the distinct advantage of having one of the lowest costs of living (coming in at third in the nation) and a low crime rate (second only to Vermont).

Virginia shines with its low crime rate (ranking 4th in the country), and it also has quality healthcare (ranking 13th, just above Colorado) and great weather (at least according to Bankrate's survey respondents).

Smaller towns and suburbs in particular offer attractive benefits for retirees. In the small town of Cedar Bluff, for instance, the population is just over 1,000 people, crime is virtually nonexistent, and the median home value is just $100,500.

Every state has something to offer, and where you choose to spend your golden years is a deeply personal decision. That said, the states below don't hold as much appeal for retirees, whether it's because of a high cost of living, low quality of life, or high crime rates.

Louisiana is one of the lowest-ranking states for crime rate (at No. 49, above only New Mexico), and it's also not known for its community well-being (ranked 48th) or healthcare quality (tied with Kentucky for 45th).

West Virginia, unfortunately, is ranked dead last for both community well-being and healthcare quality. It's also ranked 32nd for its tax rate and 23rd for its cost of living.

The state has earned the (unfortunate) title of "Most Miserable State" six years running, according to the yearly Well-Being Index by Gallup-Healthways. The survey cites the dying coal industry and lack of jobs as possible reasons why residents are so unhappy. It also noted that the state's population is one of the least educated in the country, which could be a contributing factor, and many of the respondents in the survey said they lacked the motivation to achieve their goals.

Alaska may be beautiful, but the harsh winters aren't for everyone. It also takes the No. 49 spot for cost of living (just above Hawaii) and the No. 46 spot for its crime rate.

The high crime rate may seem surprising for a state where moose outnumber people, but while crime in the country overall has decreased in the last 20 years, the violent crime in Alaska continues to increase. It's also not the cheapest place to buy a home, with the average home value in Anchorage at just under $300,000.

New York has many great qualities, but its tax rate isn't one of them. It ranks 50th in the country for its taxes, and it ranks 47th for cost of living and 42nd for sense of community.

It's important to keep in mind, though, that there's a huge difference between living in New York City and living in the rest of the state. For example, the median home value in Manhattan is over $1.3 million, while the median value of a home in the less expensive city of Albany is only $169,500. And while there may be less sense of community in New York City (where it may be harder to get to know your neighbors), that's not the case in other parts of the state.

In unfortunate news for residents (or potential residents) of Arkansas, the state was ranked as the "worst" state to retire in. While it did rank well for its cost of living, it also ranked 45th for crime rate, 47th for community well-being, 44th for healthcare quality, and 39th for tax rate.

Arkansas also ranked poorly in Gallup's Well-Being Index, and Fort Smith in particular was named the most miserable city in the country. The survey pointed to high poverty rates, financial stress, and poor health as a few of the reasons cited for residents' low levels of satisfaction.

As you decide where you want to retire, keep in mind that there are dozens of other factors that you should consider before packing up and moving. But before you make any big decisions, it's a good idea to make sure the state you're considering spending the rest of your life in fits your lifestyle and financial needs.