One of the most stressful aspects of retirement is the idea of running out of money. In fact, recent data has found that older Americans are more concerned with outliving their savings than actually dying. It's for this reason that so many financial experts advise their clients to fall back on the 4% rule.

Developed in the mid-1990s by William Bengen, the 4% rules states that if you begin by withdrawing 4% of your nest egg during your first year of retirement, and then adjust subsequent withdrawals to allow for inflation, you stand a strong chance of having your savings last for a 30-year period. To be fair, the 4% rule does have a pretty solid history of success. On the other hand, it doesn't work for everyone and in fact has its share of flaws. Here are three major problems with the 4% rule you need to be aware of. 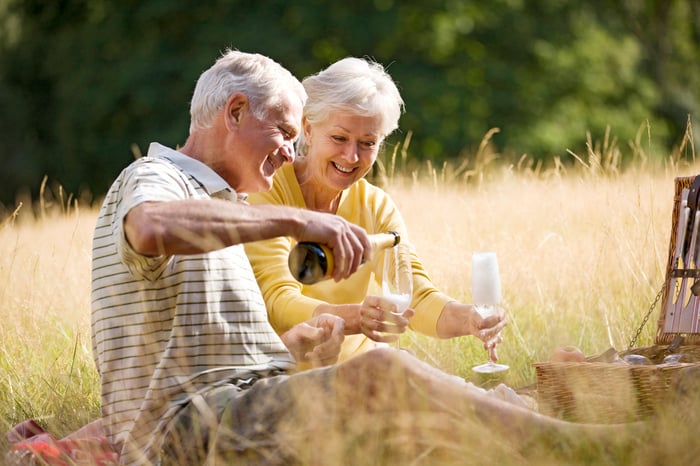 Though it's a good idea to invest heavily in stocks during your working years, at which point you have ample opportunity to ride out the market's ups and downs, once retirement gets close, it's smart to shift some investments into safer alternatives -- namely, bonds. In fact, the 4% rule assumes that you'll have a healthy mix of both stocks and bonds in your portfolio during retirement, and that's a big part of the problem.

You see, back when the 4% rule was established, interest rates were considerably higher, which meant bondholders had the ability to generate more low-risk income. These days, however, interest rates are at a low, which means that an investment portfolio with 40% to 50% bonds may not manage to keep pace with inflation in the near term, or even in the long run. In other words, bond interest today isn't what it used to be, and if you hold bonds in retirement, you may not generate enough income to allow for that 4% withdrawal rate.

2. You may need more than 30 years' worth of income

Seniors are living longer these days, and while that's a good thing in theory, it also calls the 4% rule into question. The 4% rule is designed to provide enough income for a 30-year retirement, but those who retire early and live a long life may end up needing more.

According to the Social Security Administration, one out of every four 65-year-olds today will live past the age of 90, while one in 10 will live past 95. If you retire at 62 and live till close to 100, the 4% rule might cause you to come up short later in life, when you're at your most vulnerable.

3. You may have a much shorter retirement than planned

Just as a number of seniors will wind up exceeding the typical older American's life expectancy, unfortunately, there are those who will end up passing away earlier than expected. If your health is poor, or you have reason to believe you won't live a very long life, then the 4% rule might lead you to withdraw less money than what you can afford in retirement. And while you won't have to worry about running out of funds later in life, you'll lose out on the opportunity to enjoy your savings to the fullest while you are still around.

Though the 4% rule is certainly a decent starting point for establishing a retirement withdrawal strategy, it's not the only approach to consider taking. If you plan to maintain a bond-heavy portfolio, your investments may not support a 4% withdrawal rate, especially if interest rates continue the way they've been going in recent years. Furthermore, if you think your retirement will be considerably longer or shorter than 30 years, you'll want to adjust your strategy accordingly. There's absolutely nothing wrong with using the 4% rule as a guideline, but don't hesitate to play around with it -- especially if your circumstances are unique.