Few of us have pensions these days, but with an immediate annuity, you can build your own dependable, pension-like retirement income.

Few of us will receive all the income we need in retirement from a pension, or from Social Security. As a result, most of us need to be socking money away in retirement accounts for our golden years. Once you approach or enter retirement, you'll have to figure out what form that income will take.

Some of your income will likely be from Social Security. Some may come from your savings. If you don't have any pension income coming to you, you might consider buying an immediate annuity. It's kind of like buying a pension. 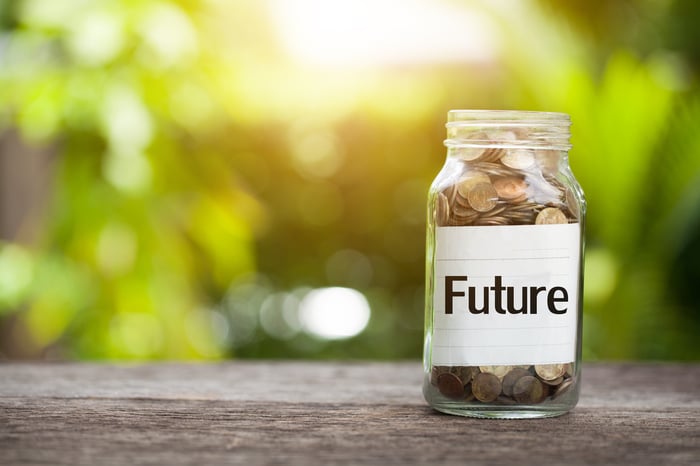 Annuities, in a nutshell

There are lots of different kinds of annuities. Some examples are:

Some annuities, such as indexed annuities and many variable annuities, are problematic and unsuitable for many people because they have steep fees and/or restrictive terms. But whether they're immediate or deferred, fixed annuities are smart options for many retirees, or those approaching retirement.

What to expect from an annuity

The average Social Security benefit, as of May, 2017, was $1,368 per month, or about $16,000 per year. (The maximum for those retiring at their full retirement ages was recently $2,687 -- or about $32,000 for the whole year.) Clearly, that's not going to be enough income for many people. You can see an estimate of your expected Social Security benefits by setting up a my Social Security account at ssa.gov. If it looks insufficient to you, you'll need to be building and planning on other income streams. Enter immediate annuities, which offer income in retirement.

Prevailing interest rates will influence how much insurers will be willing to pay you, and these days, rates are very low. Still, even in today's environment, you can buy significant income. Check out the kind of fixed annuity income you might buy at recent interest rates:

Note that women will generally be offered lower payouts because they tend to live longer than men. 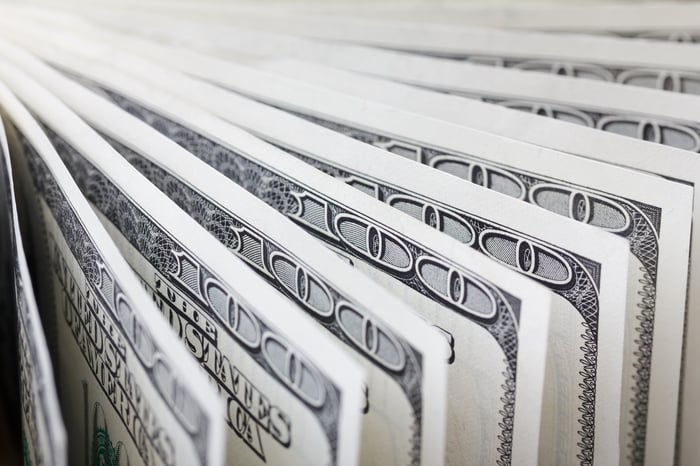 Reasons not to buy an immediate annuity

Why would you not buy an immediate annuity? Well, if you already have sufficient income streams set up for yourself, you don't necessarily need another one. After all, if you spend a big chunk of money on an annuity that will pay you for the rest of your life, but then you die after just a few years, all that money will be gone, and your loved ones can't inherit it.

You can structure an annuity to avoid that, though, such as by having it guarantee at least a certain number of years of payments, either to you or your heirs -- or by buying a joint annuity with your spouse. But such arrangements will lower the sum the insurance company will offer you.

Reasons to buy an immediate annuity

On the other hand, there are lots of good reasons to consider buying an immediate annuity. Here are several.

Annuities can serve you well if you're worried about depleting your nest egg and running out of money late in life. Remember that fixed annuities can start immediately, or can be deferred. If you think you have sufficient income for about 20 years, you might buy a deferred annuity today that will start paying you in 15 or so years. That way, you'll be assured of income later in life, too.

Better still, you'll get bigger payouts if they're deferred, because the insurance company gets your money early and can invest it for itself until it has to pay you. As an example, a 65-year-old man with $100,000 recently could buy an annuity that will start paying him almost $2,000 per month for the rest of his life -- beginning at age 80.

If you're worried about inflation eating away at your money's purchasing power, annuities can address that risk. You can spend a little extra on your annuity -- or accept a little less income -- in order to have your checks adjusted over time to keep up with inflation.

Don't assume that your investment accounts and retirement accounts -- especially those that generate significant dividend income -- are just as good as an annuity. They do have some advantages, but also some drawbacks. They can fall in value if the economy goes through some tough times.

Any given dividend-paying company might run into trouble, too, decreasing or eliminating its payout, or perhaps just plunging in value. That risk might keep you up some nights, and could possibly lead to your running out of money one day. Annuity income is guaranteed, as long as the insurance company behind it is solvent. (You should always favor top-rated insurers and perhaps even divide your annuity-buying money between several of them.)

Finally, as you get older, you may find that you have less interest in keeping up with your investments -- or less ability to do so. Cognitive abilities decline over time whether we're aware of that or not. Worse still, some studies have even suggested that mathematical and financial skills are among the first to go.

One 2010 study from the Center for Retirement Research at Boston College found that, "Individuals make the most effective financial decisions in middle age, resulting in lower fees and interest rates on credit and loan transactions." Annuity income, like Social Security income, can keep paying you for the rest of your life -- with little input required from you.

It's smart to employ Social Security strategies in order to maximize your benefits, but they're still not likely to be enough to support you. An immediate annuity may or may not be the right retirement investment for you, but at least consider it as part of your retirement plan. The best annuities can provide needed funds for the rest of our lives, on terms we choose.