The tricky thing about saving for retirement is not knowing how much it'll cost to sustain a comfortable lifestyle in the future. This especially holds true if retirement is still several decades away. But while you can't necessarily nail down a precise budget for retirement, you can do your best to estimate what your living costs will look like.

Now as a general rule, you should plan on needing at least 80% of your pre-retirement income to cover your bills once you stop working. That 80% can come from a variety of sources, from retirement savings to Social Security, but if you think you can get away with replacing your former income at a lower percentage, you may be in for an unpleasant surprise. Although certain costs of yours might go down in retirement, they may not be enough to compensate for what could be the one expense that really throws your senior self for a loop: healthcare. 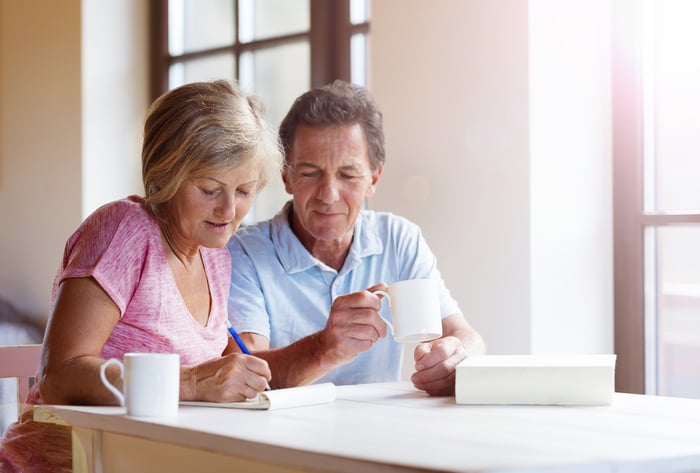 Unless you happen to work from home, you probably spend a fair amount of money commuting. According to the Citi ThankYou Premier Commuter Index, the average American spends $2,600 a year on commuting costs. If, come retirement, you're no longer spending money on gas, tolls, or a public transit pass to get to and from the office, you can expect your expenses to go down.

That said, you'll need a way to get around town, so if your commuting costs include a monthly car payment and maintenance, those won't go away in retirement -- unless you decide to unload your vehicle and take public transportation as needed. But if you're currently spending, say, $100 a month on gas and tolls to get to work, and you only expect to spend one-fifth as much on gas and tolls in retirement, you can expect your expenses to go down by close to $1,000 a year.

Though not everyone enters retirement mortgage-free, an estimated 70% of seniors 65 and older no longer carry mortgage debt. If you pay off your mortgage in time for retirement, you'll shave a pretty sizable chunk of money off your monthly costs. The same holds true if you're a renter, and you're able to move to a less expensive home in retirement because you no longer need the proximity to work.

On the other hand, if you're a homeowner, you might spend more in property maintenance in retirement as your house ages. Similarly, if you continue renting the same apartment, not only won't you see a decrease, but you'll probably see your rent go up. But let's say you pay off your mortgage right before you retire and shave $1,200 off your monthly bills. Even if your maintenance costs increase by $300 a month, you'll still come out $900 ahead.

Contrary to what you may have been led to believe, you won't get out of paying taxes just because you're retired. Not only are traditional IRA and 401(k) withdrawals taxed as ordinary income, but in some cases, you might also pay taxes on your Social Security benefits. On the other hand, because you probably won't be earning as much per year as you did back when you were working, there's a good chance your overall tax bill will go down. Furthermore, if you save in a Roth IRA during your working years, you'll get to take your retirement distributions tax-free, thus slashing your IRS obligations considerably.

But then there's healthcare

As we just saw, your expenses might go down by thousands of dollars per year in retirement when we take commuting, housing, and taxes into account. But don't celebrate just yet, because your healthcare costs in retirement might climb to the point where they negate the aforementioned savings.

According to recent projections, the average healthy 65-year-old couple today will spend a whopping $400,000 or more on medical care throughout retirement. If we break that out over a 20-year period, that's $20,000 annually on healthcare alone. Now if you don't have great health coverage during your working years, this may not represent such an uptick. But for many Americans, it's a considerable jump, especially considering that employers, on average, pay 83% of single employees' health insurance premiums, and 65% for family coverage. 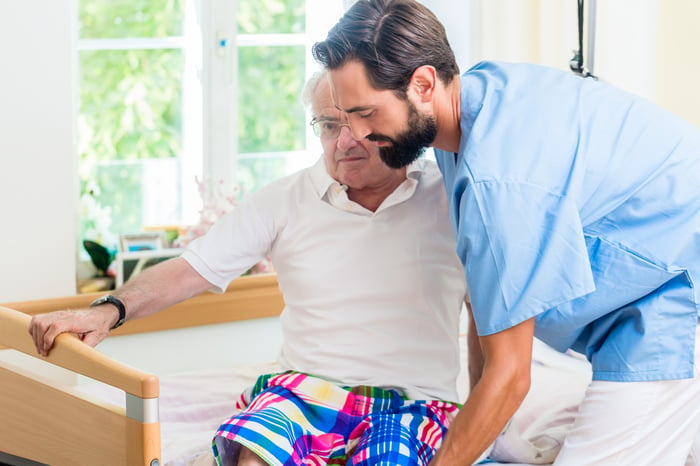 Furthermore, it stands to reason that as you get older, your health is likely to decline, and with that could come a host of additional bills. And let's not forget long-term care, a subset of healthcare, which 70% of the senior population inevitably winds up needing. The latest estimates show that it'll cost $82,125 a year, on average, to reside in a nursing home with a roommate. Want a private room? That'll set you back $92,345 per year. Assisted-living facilities, though less costly than nursing homes, are by no means cheap, either. The average price for a yearly stay is $43,539. And while long-term care insurance can help defray some of these costs, not all seniors have a policy, or a generous one at that.

Even if several of your living costs manage to drop in retirement, there's a good chance your healthcare expenses will cancel them out, so when you think about saving enough to reach a certain level of replacement income, the 80% we talked about earlier should really serve as your minimum target. Depending on your circumstances, you may wind up needing 90% of your former income, or even 100%, to cover your retirement expenses completely, so don't get too comfortable with the fact that seniors tend to spend less on a whole.

While some retirees are able to trim their overall living expenses even with healthcare factored in, all it takes is a costly medical issue to throw your budget off course. The better you prepare and save during your working years, the more likely you'll be to withstand whatever expenses come your way as a senior.