Though 10% used to be the old savings standard, you'll need to aim higher if you really want to cover your bases for retirement.

There's a reason all working Americans need to make retirement savings a priority. Regardless of income level or projected retirement lifestyle, the typical senior can't live off Social Security alone. In fact, your Social Security benefits will only replace about 40% of your previous income, which won't cut it even under the most frugal circumstances. As such, you'll need to sock away money consistently to ensure a reasonably comfortable future.

For years, financial experts have been telling workers to set aside 10% of their incomes for retirement. And that's certainly a respectable goal. But if you really want to avoid a situation where you're strapped for cash later on, you should, in reality, be saving 15% or more of your income not just later in life, but throughout your career. 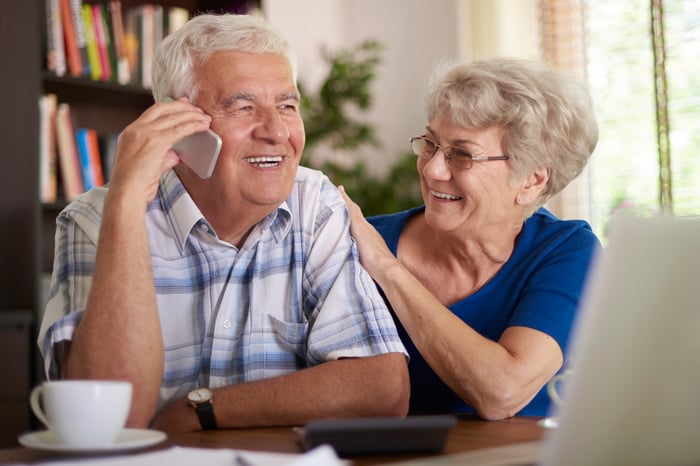 Though 10% used to be the benchmark for long-term savings, the cost of retirement is climbing to the point where seniors aren't getting by on as little money as they once were. And a big part of that boils down to healthcare, the one expense that almost universally goes up for retirees. The latest estimates tell us that the average healthy 65-year-old couple today will need a whopping $400,000 or more for medical costs in retirement, and that doesn't include long-term care.

If you end up needing a nursing home for a decade, you'll drop over $820,000, assuming you're willing to bunk with a roommate. And although long-term care insurance might help defray that cost, not everyone has a policy.

Then there are the rest of your expenses to consider. The average senior spends close to $30,000 a year on housing, transportation, food, and clothing. Assuming a 20-year retirement, that's $600,000 in total, not accounting for other necessary expenditures like utilities, cable, phone service, and entertainment (technically not a necessity, but a reasonable cost to consider nonetheless).

Keep in mind that the above calculations are based on an average yearly 7% return, which is just below the stock market's average. If you're going to adopt a more conservative investment strategy, you'll need to adjust these numbers downward.

Let's total up the costs we discussed above. If you're single, you can plan on spending $200,000 on medical care in retirement, assuming you don't encounter a major health issue. Let's also assume that you'll end up living in a nursing home for five years, which is reasonable, given that 70% of seniors wind up requiring some form of long-term care during retirement. That's another $410,000.

Throw in $600,000 on your basic expenses, and you're left with a total of $1.21 million, not including electricity, water, leisure, and the like. (That $600,000 figure also assumes a 20-year retirement, and you might live longer, but we'll work with that time frame for our discussion.)

Now let's get back to Social Security. Someone with an $80,000 salary today who retires in 10 years might collect roughly $2,300 a month in Social Security benefits, assuming payments aren't slashed in the future. Over a 20-year retirement, that's $552,000 of income. 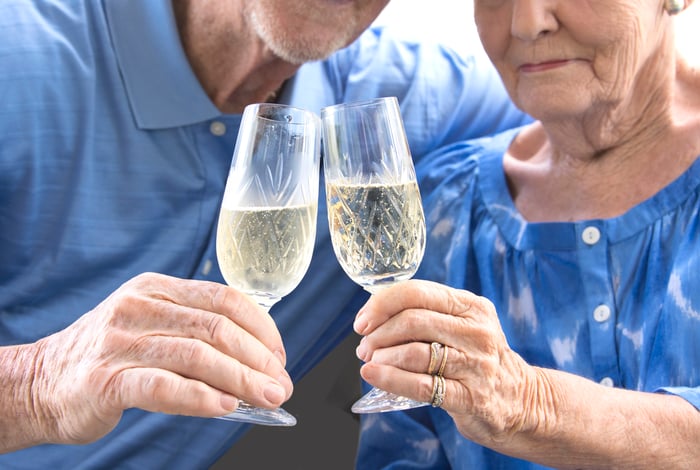 If that sounds like enough for you, then by all means, keep saving 10% of your income for the future. But if you don't think that'll cut it -- or aren't willing to take the risk that you'll only be retired for 20 years, or that you'll only need a limited amount of long-term care -- then you'll want to aim higher.

Based on the table above, saving 15% of your salary consistently would mostly leave you with enough money to cover your basic expenses without having to factor in Social Security. That means you'd have a good $20,000 a year to enjoy your city's nightlife, travel the world, and shower your grandkids with gifts. It also means you'll be better protected should you wind up needing, say, double or triple the amount of long-term care as we factored in above.

While saving 10% of your income is certainly a decent target, you're better off aiming higher if you really want more financial flexibility in retirement. Socking away 15% of your earnings per year over time will put you in a pretty good position to not only enjoy retirement, but cover the unexpected. And if you can hit that 20% mark, you might really end up living the high life as a senior -- which, after many decades of hard work, is inarguably something you deserve.