Research has found that women possess certain qualities that make them strong investors. Now if only we could all aim to emulate them.

Despite the challenges women tend to face when it comes to thriving in the workforce and saving for the future, they're also surprisingly good investors. And a big reason has to do with the fact that women often possess certain qualities that, at least as far as research tells us, may not come as easily to men.

Well Fargo recently released a new study on women and investing, and it concluded that there are three traits in particular that give females an edge. And whether you're a woman or not, when it comes to investing, these are some habits you should strive to emulate. 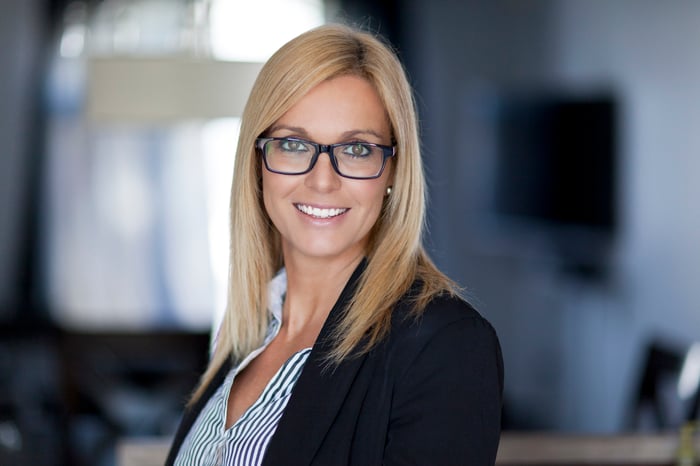 Though women don't necessarily have more patience than men in life, they clearly have an advantage when it comes to investing. According to Wells Fargo, single women trade 27% less frequently than single men, and that may be due to the fact that men are overly confident and less hesitant to pull the trigger on investments, whether it's buying or selling. Not only can frequent trading result in added fees, but it can also lead to hastier decisions that negatively affect returns. In fact, one major principle of investing in stocks is that those who look to get in and make a quick buck are the most likely to get burned. On the other hand, those who are patient and take a long-term approach are more apt to come out ahead.

Sticking to an investment plan isn't always easy. After all, it's natural to want to abandon a given strategy if it doesn't seem to be producing immediate results. But as we just learned that when it comes to long-term investing, patience is key, having the discipline to stick to an investment plan is equally crucial. In this regard, Wells Fargo finds that women are doing a far better job than men. Case in point: Male investors are six times more likely than women to make sizable asset allocation shifts, such as switching their investments from all stocks to all bonds, or vice versa.

Women also possess the discipline to save consistently for the future. Vanguard reports that 73% of women contribute to an employer-sponsored retirement plan, versus just 66% of men. Furthermore, the discrepancy widens in women's favor as income rises. And, despite the fact that women typically earn less than men, they tend to save at higher rates.

3. A willingness to learn

Another interesting takeaway from the Wells Fargo study is that women are twice as likely as men to feel they could use the help of a financial advisor. Men, on the other hand, tend to be both confident and content with whatever limited investing knowledge they possess. These findings are consistent with data out of Fidelity Investments, which points out that women are more likely than men to ask question and conduct research when choosing their investments.

Using these skills to your advantage

Gender aside, if you're looking to grow a successful investment portfolio, adhering to the above qualities can very much help. And while it's important for both men and women to exercise patience, stay disciplined, and be willing to learn, it's especially crucial for females. Because women tend to live longer than men, an estimated 90% will eventually come to manage their family's wealth. That means women had better know what they're doing, since their assets, in general, will need to last for a greater number of years.

Another surprising point from the Wells Fargo study is that women tend to have less confidence than men when it comes to investing, despite the above qualities and the fact that their portfolios frequently produce better returns. But perhaps a healthy lack of self-assurance is a good thing when it comes to investing, because if that's what helps foster the right attributes, it's quite possibly the ideal formula for success.