Many workers dream of retiring abroad or spending long periods of time in new and foreign places once they're no longer chained to a desk and a schedule. But because so many Social Security recipients count on those benefits to keep up with their expenses in retirement, losing that income could be catastrophic. If you expect to spend a lot of time overseas in retirement or live in another country for all or part of the year, you may be wondering how that will impact your benefits -- and rightfully so.

Generally speaking, if you're a citizen of the United States, you can continue to collect Social Security benefits even if you're living or spending an extensive amount of time in another country. As long as you follow certain rules and meet certain requirements, you'll get the payments you're entitled to without having to worry about a break in benefits. 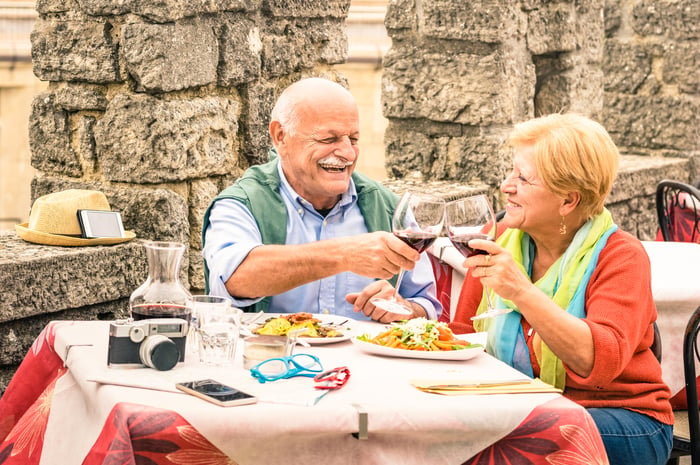 Collecting Social Security outside the U.S.

According to the Social Security Administration, more than half a million people who live outside the United States continue to receive Social Security benefits. These include retired workers and their spouses, widows, and children. If you're a U.S. citizen but spend a lengthy period of time abroad, there's a good chance you'll continue to collect your benefits even when you're not in the country.

Once you've been out of the United States for 30 days in a row, you're considered to be outside the country and will need to comply with certain rules to ensure that you don't experience an interruption in benefits. In fact, it's a good idea to let the Social Security Administration know your travel plans to get a sense of how your benefits might be impacted. There are certain countries, for example, to which the U.S. cannot send payments, including Cuba and North Korea, so your destination(s) will have an effect on your benefits.

Also, if you're living outside the U.S., the Social Security Administration will periodically send you a questionnaire, which will dictate whether you're still eligible for benefits. It's important to complete any questionnaire you receive to avoid a loss of payments, even if temporary.

Now if you're currently receiving Social Security benefits but aren't a U.S. citizen, and you decide to travel or relocate abroad, the rules are different and far more complex. In some cases, your payments might get cut off if you remain outside the U.S. for more than six months. It's best to contact the Social Security Administration to discuss your options if you're a non-citizen collecting benefits. Furthermore, the Social Security Administration offers an online Payments Abroad Screening Tool, which you can use to determine whether you'll be eligible to keep collecting benefits once you're considered to be outside the country.

Traditional Medicare doesn't cover medical services outside the United States. If you sign up for Medicare Advantage, you may be eligible to receive coverage when traveling or living abroad, depending on your plan. If you decide to return to the U.S., you'll be immediately eligible for Medicare Part A, but you'll need to enroll in a Part B plan if you don't have one already.

Because living or traveling overseas could impact your Social Security benefits, it's best to thoroughly review the rules surrounding your specific circumstances. This way, you'll know what to expect and will be able to plan accordingly.