Though many working Americans don't put much thought, or much savings, into retirement, if you're the type who's been planning for the future, you may have reached a point where you've decided when you can retire and what you'll do with your time once you're no longer working. Your plan might include extensive travel, furthering your education, or spending more time with loved ones. Similarly, it might involve retiring in your early 60s, or mid-60s, or late 60s.

But while mapping your retirement in advance is definitely a good thing, you know what they say about the best-laid plans -- so you'll need to be prepared to adjust yours if circumstances change. Here are three signs that you may need to rethink your retirement plan and come up with an alternate picture of what your golden years will look like. 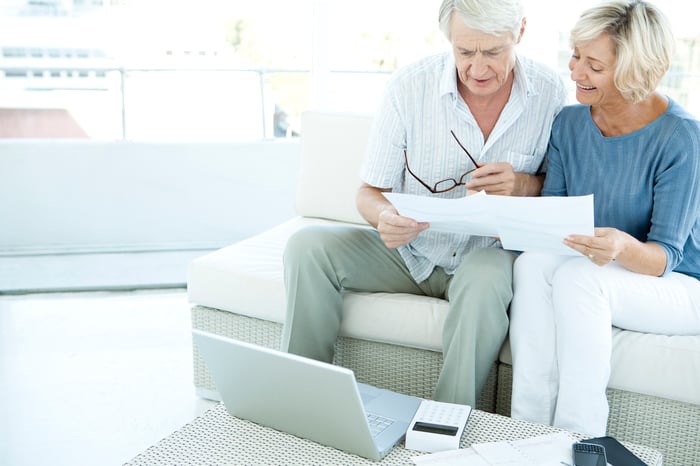 1. You're behind on savings, or came late to the game

It's a known fact that many Americans are behind on retirement savings, but a shocking number of older workers have yet to set aside money for the future. In fact, according to a 2015 report by the U.S. Government Accountability Office, almost half of households 55 and over have no retirement savings. And while you certainly have options for catching up, you'll probably need to adjust your thinking if you want a shot at a decent retirement.

For example, say you're hoping to retire at 67, but by age 66, you realize you have just $100,000 to your name -- which, over a 20- or 25-year period, really won't cut it, even when you factor Social Security into the equation. At that point, it pays to shift gears and find a way to compensate for that shortfall, whether it means retiring at 72 instead of 67, or working part-time during retirement, even if your original plan doesn't call for that.

2. Your investments are underperforming

A big reason why workers are advised to save in tax-advantaged retirement accounts is that they allow you to turn small contributions into large sums over time. But to fully benefit from all that compounding, you'll need your portfolio to bring in a decent return. And if that's not the case, you may need to make some changes to your retirement plan to bridge whatever gap you wind up facing.

Here's an example. Say you plan to contribute $500 a month to a retirement account over a 30-year period, and expect your investments to yield a 7% average annual return. In that case, you'd end up with about $567,000 all in. But what happens if your portfolio only manages an average yearly 5% return? Suddenly, you're looking at just $398,000, and that could make a huge difference over the course of your retirement.

If you come to find that your investments aren't doing as well as expected, you'll need to find ways to compensate, whether it's putting aside more money each year going forward, working longer to beef up your savings, or finding ways to live off the smaller amount you wind up with.

3. Your expenses are rising near retirement

Most workers are told that they'll spend less money in retirement than during their working years, and so they devise their strategies accordingly. And it may very well be the case that you do end up spending less as a senior. But if you come to notice that your expenses are creeping up as retirement draws closer, you'll need to rethink your plan to ensure that you don't end up falling short.

Here's how that sort of scenario might play out. Say you're in your late 50s, your home is paid off, and you're planning to keep it in retirement. Then, out of nowhere, your property is reassessed, and your taxes go up by $2,000 a year. Suddenly, you're facing a larger expense than your retirement budget may have allowed for.

Similarly, as homes age, they tend to get more expensive to maintain, so if you find that you're spending $2,000 more per year on upkeep than you did in previous years, it's a sign that your working retirement budget may no longer be valid. And you know what that means -- you'll need to make some adjustments to avoid financial problems down the line.

Though having a plan for retirement is far better than going in blindly, you'll need to be willing to adjust that plan both in the years leading up to retirement, as well as during retirement itself. Ignoring warning signs like the ones above will only end up hurting you in the end, so keep track of your savings, review your investments regularly, and study your expenses as they evolve. The sooner you get ahead of issues that arise with your existing plan, the easier a time you'll have making corrections.