It's never easy to face our own mortality, which means you'd think a fair number of workers would be overestimating their retirement savings needs. But actually, a large number of folks are sentencing themselves to an earlier demise than necessary, or so recent data tells us.

According to Fidelity Investments, nearly 40% of Americans think they'll only need enough retirement savings to last for 12 to 17 years. But that in no way aligns with what the Social Security Administration (SSA) says. 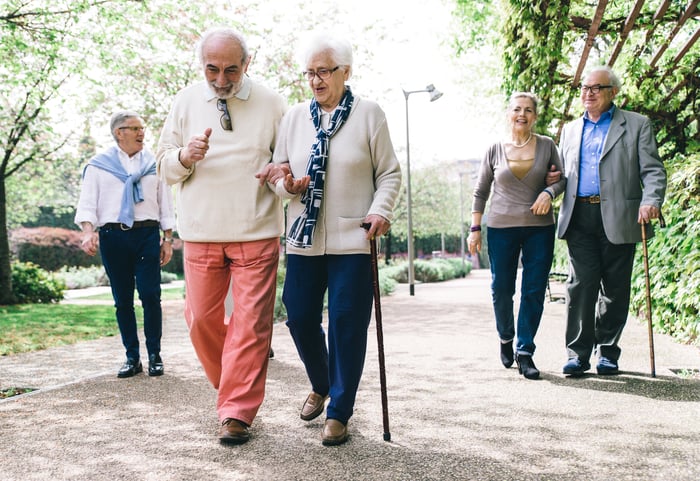 Assuming that we're talking about leaving the workforce at what the SSA deems full retirement age, that means the average U.S. adult will retire at either 66, 67, or somewhere in between, depending on year of birth. For our discussion, we'll go with the latest age. If we then subtract 67 from the above numbers, we arrive at a 17.3-year retirement for men, and a 19.6-year retirement for women.

But those numbers, of course, are just an average. A man or woman who retires at 67 but ends up among the 25% of seniors who live past 90 might face a 25-year retirement. Similarly, someone who leaves the workforce at 63 and lives until 93 will be looking at a 30-year retirement.

These, of course, are good problems to have in theory. The issue, however, is that many working Americans are underestimating their life expectancies, and, as such, are also misjudging their retirement savings needs. And that puts a large chunk of the population at risk of running out of money at the most vulnerable time possible.

Are you saving enough?

When many people plan for retirement, they base their savings target off a certain income, times a certain number of years. For example, if you think you'll spend $72,000 a year in retirement, and expect $24,000 of that to come from Social Security, then your savings will need to make up that $48,000-a-year difference. But what if you're only planning to come up with $48,000 a year for 15 years, as opposed to 20 or 25? Suddenly, that savings target chances significantly.

Case in point: Requiring $48,000 a year for 15 years means you'll need to aim for a $720,000 nest egg. (Technically, you may not need quite that much in your retirement account if your investments manage to keep generating income during retirement, but for the sake of our discussion, let's assume zero growth from your nest egg once you stop working.) But if you come to realize later in life that you'll actually need enough savings to cover 25 years of retirement, suddenly that total climbs to $1.2 million, potentially leaving you $480,000 short. That's why the sooner you get a handle on your life expectancy, the better positioned you'll be to save appropriately and avoid money troubles down the line.

Of course, in the absence of a crystal ball, it's impossible to predict exactly how long you'll live, or exactly how much money you'll end up spending in retirement, for that matter. That's why your safest bet is to err on the side of aggressive optimism. More likely than not, you won't wind up among the 10% of seniors who end up living past 95. But that doesn't mean you shouldn't plan for it, and save for it, if you're able.

Remember, there's really no such thing as having too much money in retirement. If you end up saving more than you need, there's always the option to leave a portion of your nest egg behind to your heirs. This is especially feasible if you save in a Roth IRA, which won't impose required minimum distributions. But even without a Roth, you still have options for sharing your wealth with future generations, so if you have the ability to save a bundle for the unknown, go ahead and do it. It's a far better alternative to outliving your savings and running out of options in what could be your very, very old age.