There are lots of good reasons to own a home, both as a working adult and as a retiree. When you own a home, you don't have to stress about your rent suddenly going up once your lease runs out. Similarly, you don't need to worry that your landlord will decide to reoccupy or sell your home, thus leaving you out on the street till you find a new place to live. But perhaps the most enticing benefit of owning a home is the tax breaks that come along with it. Not only can homeowners write off the interest they pay on their mortgages, but there are a host of additional deductions, from property taxes to mortgage points, that property owners can capitalize on.

But despite these perks, a growing number of older Americans are choosing to forgo homeownership in favor of renting instead. A recent study by Credit Sesame found that 33% of baby boomers and 46% of seniors 65 and over are making a conscious decision to rent their homes rather than buy, even though they can afford the latter option. It therefore raises the question: Is homeownership later in life such a good idea after all? 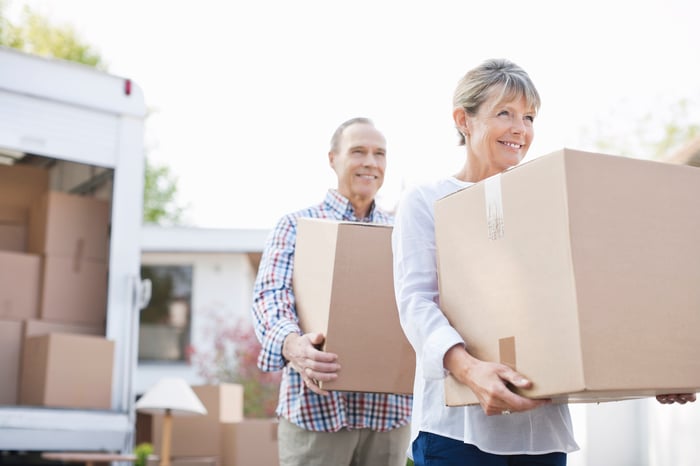 Renting in retirement has its benefits

The motivation to rent in retirement when you can otherwise afford to buy typically boils down to one thing: locking in your costs. Most retirees live off a fixed income, so it stands to reason that the more fixed costs they're able to work with, the better. And while many retirement expenses come with their fair share of variables, there's perhaps no more volatile a budget-buster than owned property.

While it's true that your mortgage payment can't go up in retirement (assuming, of course, that you have a fixed loan, and not a variable one), that's just one piece of the homeownership puzzle -- and it's your peripheral costs that are likely to climb. Take property taxes, which, in some parts of the country, can equal or even exceed one's mortgage payment itself. Even during periods when home values drop, property taxes still have a tendency to rise. In 2000, U.S. homeowners paid an estimated $247 billion in real estate taxes, but by 2010, that figure climbed $476 billion. Of course, the housing market had by no means recovered by 2010, but that didn't matter -- homeowners were still on the hook for higher taxes. 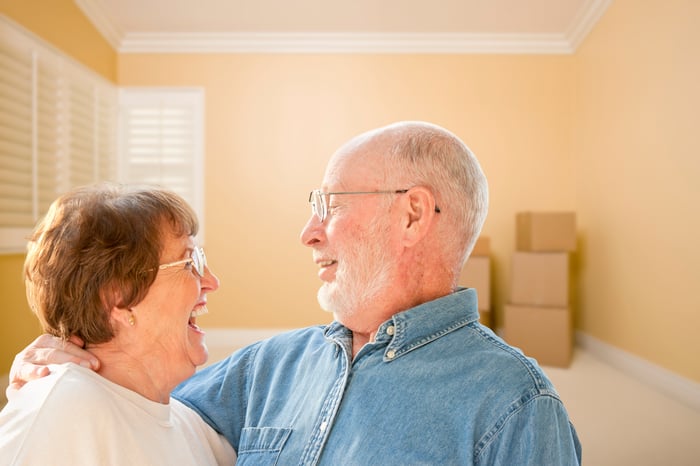 Then there's maintenance to consider. The average homeowner spends anywhere from 1% to 4% of his or her home's value on annual upkeep. Now if you happen to buy a new home in retirement, you can probably keep your maintenance costs to the lower end of that range. But if you're hanging onto a house you've been living in for years, chances are you'll be facing the higher end. For a $400,000 property, that's $16,000 a year on maintenance alone.

Regular upkeep aside, when you own a home, there's always the possibility of a major appliance going bad, or a significant repair popping up when you least expect it. If you're on a tight budget, which many retirees are, and you're suddenly forced to shell out $10,000 to replace a faulty roof, the financial impact could be downright catastrophic.

That's why in many cases, you're better off renting in retirement than owning. Yes, you will have to accept the fact that your rent will probably go up year after year, but if you sign a multi-year lease, you can mitigate this risk. And if your rent does go up to the point where you no longer feel it's affordable, there's always the option to pick up and move. Will that be easy? No. But it's an option nonetheless -- whereas ignoring a capsizing roof is not.

Again, there are benefits to owning a home in retirement that make it a viable option as well. On top of the aforementioned tax breaks, your home can serve as a source of equity, whether via a loan or a reverse mortgage. But if your savings are limited and you're worried about money, renting a home may be the better choice for your senior years. This way, you'll get a roof over your head, without the financial obligation to be the one to fix it.