Are you one of the 67% of Americans worried about your financial future? There's plenty of reason for worry, given that nearly half of all Americans don't have any retirement savings, according to a new study from The Economic Policy Institute.

While most Americans are far off the path toward retirement security, there are some who are doing great. In particular, a group of young people who have been dubbed "retirement supersavers" are speeding their way toward prosperity -- thanks to the fact that they're contributing at least 90% of the annual 401(k) contribution limit -- currently $18,000 per year. A study conducted by Principal Financial Group recently took a close look at what these super-savers are sacrificing to max out their 401(k) contributions and take advantage of the tax savings this employer-sponsored retirement account offers. The study found there are four habits many super savers have in common. 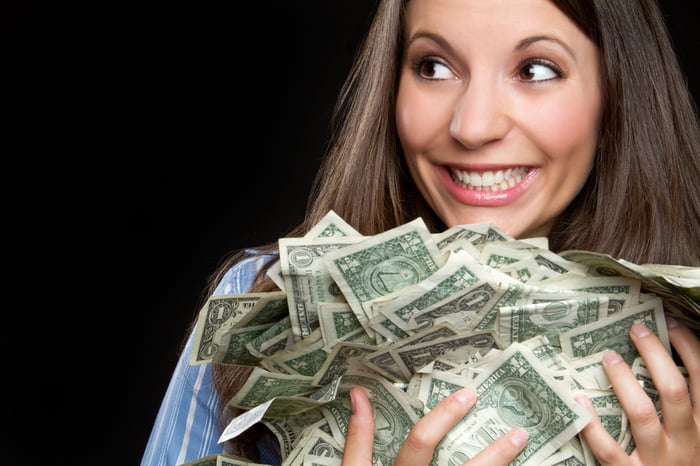 Driving an older car can save you money not only because you can avoid having a car payment, but also because your insurance costs drop as your vehicle depreciates in value. Buying a new car on a regular basis is one of the single biggest money mistakes you can make, but unfortunately almost 90% of new vehicle buyers take out car loans, which cost an average of $503 monthly and take an average of 68 months to pay off. If you take 5.6 years to pay off your car loan and keep your car for an average of 6-1/2 years, you'll be paying a loan near-constantly -- and the $503 per month you'd be paying auto lenders could have turned into as much as $1.25 million if you'd instead invested this money and earned 7% annually from age 25 to 65.

It's no wonder retirement super-savers say they drive old cars: New vehicles can cost you a fortune. Instead of making your retirement dreams harder to achieve, opt for an older used vehicle, pay off the loan as soon as possible, and drive the car until it no longer makes practical sense to do so because the repairs get too expensive. Save your car payments, pay cash for your next new car, and divert the extra money you have left to helping max out your 401(k).

2. Living in a modest home

Among retirement super-savers, 45% live in modest homes. That's an impressive number, considering the average new-home size hit a new record of 2,687 square feet in 2015, compared to just 1,660 square feet in 1973. A large home doesn't just come with higher mortgage payments: Utilities, property taxes, maintenance, repairs, and insurance also cost much more if your home is super-sized. Instead of buying as much home as you can afford, carefully research what you want in a house and make sure you're financially ready for the purchase.

While 36% of Americans indicated that taking a vacation was a top money concern in a recent survey, just 32% listed retirement savings as a major worry. Studies have also shown that Americans spend more time planning for their vacations than they do planning for financial security as a senior.

The average cost of a four-day domestic trip comes in at around $581, according to a recent survey from Value Penguin, while an international trip totals around $3,251 on average for a 12-night stay. If you skip your trip abroad and instead take a shorter local vacation instead, you could save about $2,670 a year. Over the course of a 40-year, investing those savings in your 401(k) would bag you another $570,000, assuming the same 7% return.

Cutting spending may not be enough for you to max our your 401(k) contribution, even if you give up the trip abroad and the fancy new car. However, a high-paying job easily allows you to boost your savings rate and become a super-saver. Because earning a high enough income to contribute to your retirement savings is so important, 40% of retirement super-savers indicated that they put up with more work-related stress in exchange for the ability to earn more cash to save for retirement. More than a quarter of super savers -- 27% total -- also said they skipped time with friends and family to put in extra hours on the job.

Is it worth it for you to emulate these super-savers and work a little harder, or accept a little more career stress, so you can also max out your 401(k)? Consider how much retirement security this could buy you: If you contribute $18,000 every year to a 401(k) from age 30 to age 65 and you earn a 7% return, your 401(k) will be worth well over $2.5 million, with the specific value dependent upon factors including employer match and the amount 401(k) contribution limits rise over time. In other words, if you emulate these super-savers and forgo some fun now, you could retire a multimillionaire. No one's saying it's easy, but even if you're not a super-saver at heart, you should try to be a bit more like one. Your future self will thank you.