Though retirement is a milestone to look forward to in theory, for many of us, it's nothing but an anxiety-inducing concept. In fact, 82% of workers aren't very confident in their ability to retire comfortably, according to a study released this year by the Employee Benefit Research Institute, while 30% say that planning for retirement is a perpetual source of stress.

Why such a negative outlook? Much of it boils down to a severe lack of savings -- one in three Americans has no nest egg to show for, while 56% of those who are actively saving have less than $10,000 set aside for the future. But the good savers among us are worried about retirement, too, and a lot of that stems from a need to attain one thing: financial security. Regardless of income level or future goals, all workers want the ability to retire in a manner where they don't need to worry about running out of money or struggling to pay the bills. That's why so many folks put so much effort into finding their retirement number -- that magic savings amount that will somehow guarantee ample cash flow for the rest of their lives.

The problem, however, is that retirement is loaded with a host of unknowns. From housing to medical care to everything in between, those of us who are working today, and have many working years left ahead of us, can hardly pinpoint what it will cost to pay the bills 10, 15, or 20 years down the line. What we can do, however, is stop obsessing over specific numbers, get educated, and do our best to save the most.

Though financial security can mean different things to different people, in a recent Pew study, participants were asked to define the term, and the consensus was having enough money to pay the bills with a little left over for small extras or savings. The key, however, was not having to worry about making ends meet. Incidentally, only half of respondents actually classified themselves as financially secure at present, and that's pretty telling -- because if we can't achieve financial security during our working years, when our bills are clear cut and our incomes predictable, how on earth are we supposed to attain it down the line?

Here's the thing though -- while it's easy to give up on the idea of financial security, a better bet may be to just accept the fact that we can't predict the future, and its associated costs. Some of us will fall ill during retirement and need long-term care. Others will see their home fall apart, and spend countless dollars to keep them standing. There's just no telling what fate has in store, and what amount of savings will absolutely guarantee zero financial stress down the line.

So let's forget about magic numbers and online calculators, which often end up skewing our decisions and making us needlessly nervous. I once plugged my own set of numbers into one of these tools, and you know what it spit back? Based on my savings efforts at the time -- both my husband and I were maxing out our 401(k)s -- we were still likely to fall $3 million short in retirement.

When you see a number like that, it kind of makes you want to throw your hands up in the air and stop saving, because you'll obviously never manage to amass enough to be financially secure down the line. But these tools and calculators are loaded with variables, many of which will or will not apply to different folks in the future.

So let's take a different approach to retirement savings. Let's accept the fact that there are no magic numbers, and that we don't even know what the future holds for Social Security (though we can certainly fashion a guess based on the latest Trustees Report). Instead, let's all pledge to read up on common retirement expenses to get a basic sense of what to expect. Then, let's work on living below our means during our working years so that we're accustomed to getting by on less by the time retirement rolls around and our incomes decline (which, inevitably, will be the case for many of us). 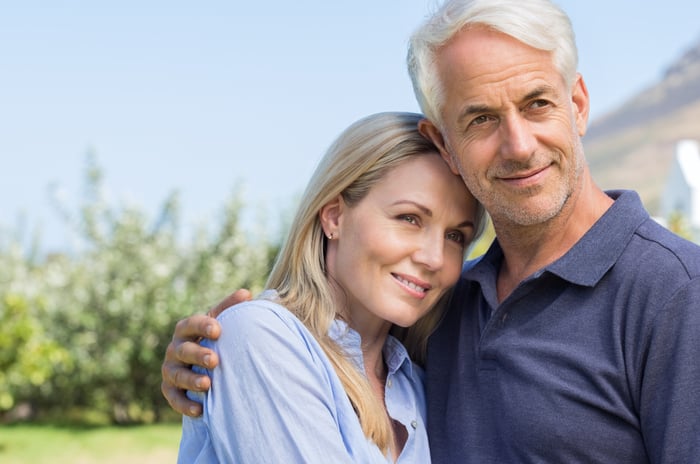 Finally, let's all aim to save as much as we can, as early as we can, whether it's maxing out an IRA or contributing just enough to a 401(k) to snag an employer match. While we may not be able to pin down an ultimate savings goal, it's fair to say that the more amass, the better off we'll be in retirement.

And believe it or not, you don't need to sacrifice a quarter of your paycheck to end up with a sizable chunk of cash down the line. Here's a table that shows how well you'll fare by saving just $400 a month, depending on the number of years you give your nest egg to grow:

Note that the above balances reflect an average yearly 8% return on investment, which is just below the stock market's average. In other words, it's a reasonable assumption for anyone with a decent savings window.

Will $1.24 million, the highest figure in the table, buy you financial security in retirement? Maybe it will, and maybe it won't. But it'll certainly do a much better job than any of the numbers below it.

In the absence of a crystal ball, it's impossible for any of us to predict what retirement will cost us. But if we save aggressively to the best of our abilities, we'll gain a degree of security and protection in the face of the many unknowns that await us.