Workers are often advised to have 10 times their ending salary on hand to fund their senior years. But is that a reasonable or necessary goal?

When it comes to retirement savings, there's pretty much no such thing as having too large a nest egg. But since many of us struggle to set money aside for the future, there comes a point where we may need to settle on a specific savings goal and be happy with that.

So how much should you have saved in time for retirement? Fidelity says that by age 67, which is considered full retirement age for much of today's workforce, you should aim to have amassed 10 times as much as your ending salary, and many financial experts concur. And while there is some wiggle room with that figure, it's also a pretty solid number to target. 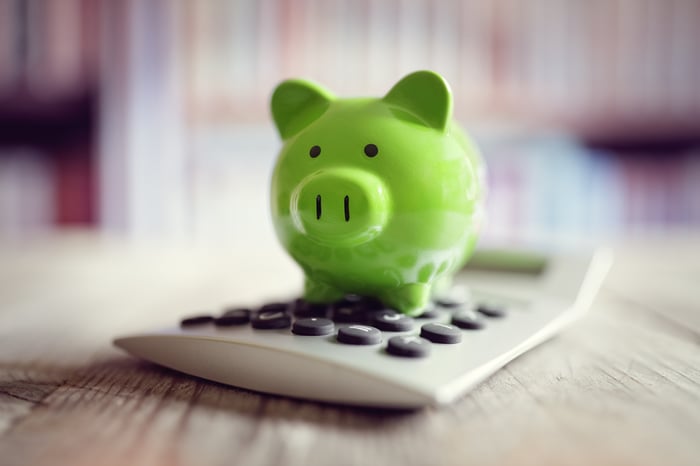 How much retirement income will you need?

Nailing down the exact amount of retirement savings you'll need is pretty much impossible. There are so many factors that will come together to determine how much retirement ultimately costs you, from your health to your lifestyle to the number of years you end up living. But if you aim to sock away 10 times your ending salary by the time you leave the workforce, you should, in theory, be in pretty good shape.

See, most folks need about 80% of their previous income to pay the bills in retirement. Of course, thrifty seniors might get by on a bit less, while those with lavish expectations will inevitably need more. Now, Social Security will provide some income in retirement (though based on the latest Trustees Report, future cuts can't be ruled out). But even in a best-case scenario, your benefits will only replace about 40% of your former earnings, leaving you to cover the rest via savings.

So let's run some numbers to see what it would mean for the average American to save 10 times his ending salary. Though we don't have data on what the typical U.S. worker earns during his last year on the job, we do know that the median household income in the country is about $56,000 a year. Now again, this figure is tricky, because it doesn't tell us what individuals are making on average (keeping in mind that a single household could have dual incomes). But it gives us a reasonable starting point.

Since the typical American worker isn't months away from retirement, and salaries tend to increase over time as we climb the ladder at our respective places of work, let's assume that if you're earning $56,000 at the mid-point of your career, that number will climb to $90,000 by the time you're set to retire (that assumes a roughly 2.5% increase over a 20-year period). To wind up with 10 times that amount, you'll need to set aside $900,000 during your working years. Is that doable? Absolutely. And as you'll see in a minute, it may also be necessary.

Retirement may cost more than you think

Despite the abundance of senior discounts out there, retirement isn't the low-cost existence many workers assume it'll be. In fact, plenty of seniors are caught off-guard when they come to realize how much of their income healthcare eats up. It's estimated that a healthy 65-year-old today will spend $200,000 or more on medical care in retirement. Over a 20-year period, that's $10,000 a year.

Housing, meanwhile, costs the typical retiree today roughly $15,500 a year, while transportation comes in around $6,800 annually. Then there's food and clothing, which cost current retirees nearly $7,000 a year combined.

Now keep in mind that some of that money can come from Social Security. But if you'd rather not rely on those benefits, or prefer to use that money for things such as travel and entertainment, then you're best off aiming to save 10 times your ending salary after all.

Though the idea of amassing 10 times your final salary might seem daunting, if you start early enough and invest in a reasonably aggressive fashion, you can turn a series of smaller contributions into a sizable sum over time. It's all thanks to a concept called compounding, and the following table shows just how it works:

Let's say you earn that median salary of $56,000 and aim to save a little over 10% of it each year for a total of roughly $500 a month. If you invest that money in stocks, you stand a good chance of bringing in an average annual 8% return. Even if you don't start saving for retirement till you're in your early 30s, and even if your salary goes up to $90,000 by the time you retire, if you consistently put away that $500 a month, you'll have $1.033 million, which is more than 10 times your final income once your career comes to an end.

So there you have it: While you don't necessarily need 10 times your find salary to cover the bills in retirement, for financial security and the flexibility to enjoy your senior years, it's a good goal to aim for. And if you start early and invest wisely, you'll see that it's an attainable one at that.