It's no secret that the idea of retirement makes a lot of Americans anxious. In a Gallup poll last year, 64% of Americans listed not having enough money in retirement as their top financial concern. And in an even more recent GOBankingRates study, not being able to ever retire came in as Americans' greatest fear overall.

But new data from Transamerica tells us that women are even more worried about their financial security in retirement than their male counterparts. Only 10% of female workers are confident in their ability to retire in comfort, compared to 19% of men. 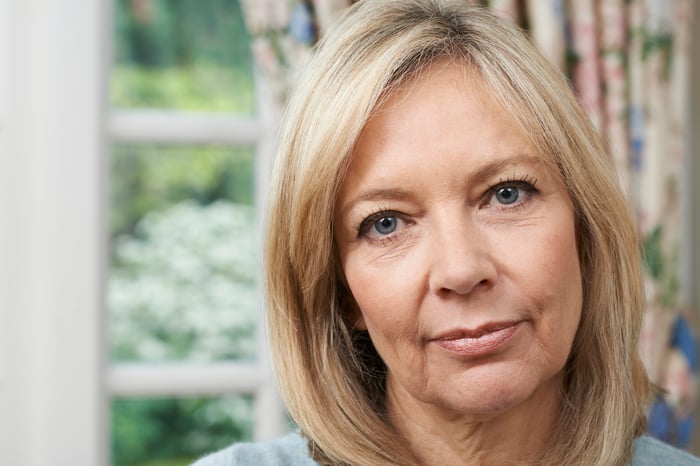 The fact of the matter is that countless male and female workers are woefully behind on retirement savings and, in fact, should be worried about the future. So why are women so much more concerned and so much less confident?

What are women so worried about?

Running out of money in retirement is a legitimate concern for all workers, especially those who are notably behind on savings. But women are even more likely to fall short on their nest eggs, and a big part of that boils down to the often-hyped wage gap that continues to plague female workers today. It's estimated that women earn just $0.76 to $0.79 for every $1.00 their male counterparts bring in. This means that if a man and woman are employed in the same capacity, and the male earns $60,000 a year, the female will earn just $45,600-$47,400, on average.

Of course, this doesn't apply to all industries. There are some professions, in fact, that are known to pay women more than men. But generally speaking, women earn less and so they have a harder time saving.

Here's the sad thing, though: While women may wind up with less money, on average, than men in retirement, they actually save at higher rates. Vanguard reports that 73% of female employees regularly contribute to an employer-sponsored retirement plan, while only 66% of men can say the same. But when we do the math, it's easy to see how women might still fall behind on a whole.

But it's not just that women have a harder time building their nest eggs; because they typically earn less than men, they also don't qualify for the same level of Social Security benefits. Throw in the fact that women typically outlive men, and therefore need more savings, and it's no wonder so many female workers are anxious about the future.

Making up for lesser wages

Though women might earn less than man, and therefore find themselves at a natural disadvantage, if there's one thing they have going for them, it's their tendency to be smart investors. According to Fidelity, women are less likely than men to take on needless risk in their portfolios, and they do a better job of diversifying. Men also tend to trade more actively and erratically, while women are more likely to sit tight and ride out the market's waves, which means they're less apt to get burned when their investments take a temporary dip.

On the other hand, there's no ignoring that wage gap, and so women intent on retiring comfortably need to step up their savings game and start setting money aside as early on in their careers as possible. (Of course, this advice applies to men as well, but it's even more imperative that women follow it.) And the good news is that those who do begin saving in their 20s or 30s have a good chance at not only retiring on time but in a very comfortable fashion.

Want proof? Here's a table that shows how much various monthly contributions can grow to over 35 years:

Clearly, the right investment strategy (which, in this example, is a stock-heavy portfolio) can produce some impressive results over time, and while women might struggle more so than men to reach any of the above savings thresholds, all of the aforementioned numbers are also quite attainable. So while women may be more concerned about their long-term financial security than men, they don't necessarily need to be -- as long as they save early and invest wisely.