Here's the truth about Social Security. Study it well.

Millions of seniors rely on Social Security to pay the bills in retirement, but if you're not familiar with the program's ins and outs, you'll be less equipped to claim benefits strategically. Here are a few common myths about Social Security that could negatively impact your retirement if you don't get your facts straight.

1. You must file for benefits once you reach full retirement age

Your Social Security benefits are calculated based on your earnings record. Specifically, your top 35 years of earnings are averaged and adjusted to come up with a monthly payment amount you'll be eligible for upon reaching what's known as full retirement age. Your full retirement age is based on the year you were born, as follows:

That said, you don't have to file for benefits once you reach your full retirement age, and you won't be penalized for holding off past that age. In fact, there are benefits to waiting on Social Security if you have the financial ability to do so. 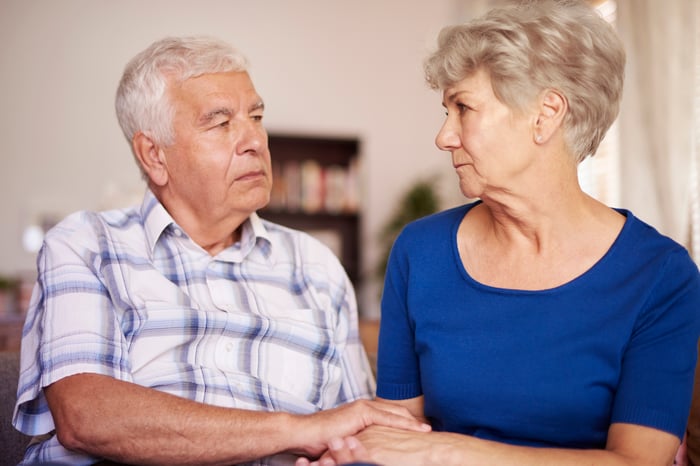 We just learned that once you reach full retirement age, you're eligible to collect your Social Security benefits in full. But you don't need to wait that long to enroll in the program. You're allowed to claim benefits as early as age 62. There's just a catch -- for every year you file in advance of your full retirement age, you'll take a cut in benefits that will remain in effect for the rest of your life. For this reason, many workers are advised that filing for Social Security early is a bad idea.

But that's not always the case. In fact, there are several scenarios where taking benefits before reaching full retirement age is a smart idea. The first is if you lose your job, or find yourself unable to work due to illness or the need to care for a loved one. If you don't have another source of income, and need the money, it makes much more sense to start collecting your benefits, albeit at a reduced rate, than rack up costly credit card debt to cover your bills.

It also pays to claim benefits early if your health isn't good, and you have reason to believe you won't live very long. While filing for benefits ahead of full retirement age will slash your payments, you'll also collect more of them in your lifetime. Now at some point, things will even out -- meaning you'll get the same amount by collecting more payments in a lower amount as you will by collecting fewer payments in a higher amount. But if you don't expect to live past your break-even age, then it pays to file as soon as possible.

Here's an example. Say your full retirement age is 66, at which point you'd be eligible for $1,600 a month in benefits. Claiming Social Security at age 62 will reduce each payment to $1,200, but you'll get 48 extra payments in the process. Now if you live until age 78, you'll end up with $230,400 in total benefits under either scenario, so that's your breakeven point. But if you're approaching 62 and your doctor only expects you to live another five to 10 years, it pays to snatch those benefits the moment you become eligible.

While claiming Social Security early will result in a permanent benefits reduction, holding off on filing past your full retirement age will have the opposite effect -- you'll boost your payments by 8% for each year you hold off, up until age 70. You'll therefore hear plenty of financial experts tell you that it always pays to delay benefits as long as possible.

But that's not necessarily great advice. As we just learned, it's a bad idea to file later in life if your health is poor, or if you need the money. But another thing to consider is the extent to which you want to enjoy your retirement years. It stands to reason that you'll have more energy to travel and explore new activities in your early to mid-60s than you will five or 10 years later, so if you've saved well enough to cover your expenses and are planning to use your Social Security income to pay for leisure, then you might as well get your hands on that cash at a time when you can make the most of it.

4. You'll manage to live off your benefits

An estimated 25% of seniors 65 and over rely on Social Security as their only source of retirement income, and those are the people who risk running out of money later in life. Contrary to what you may have been led to believe, Social Security does not provide enough income to sustain the average retiree. In a best-case scenario, it'll replace about 40% of your previous earnings, but since most seniors need double that amount or more to cover their living costs, depending those benefits without independent savings is essentially a recipe for disaster.

That's why you'll need to fund an IRA or 401(k) during your working years, and use your Social Security benefits to supplement your existing income. If you're under 50, you can currently contribute up to $5,500 a year to an IRA and $18,000 to a 401(k). If you're 50 or older, these limits increase to $6,500 and $24,000, respectively. Of course, most folks can't max out year after year, but you should aim to set aside at least 10% of your earnings each year for as long as you can. Otherwise, you're almost guaranteed to be short on cash during retirement unless you happen to have another source of income, like money from an inheritance or earnings from a part-time job.

No matter your age or how close you are to retirement, it pays to read up on how Social Security works. The more you know, the more you'll maximize your benefits and buy yourself some financial security in the process.