Please ensure Javascript is enabled for purposes of website accessibility
Log In Help Join The Motley Fool
Free Article Join Over 1 Million Premium Members And Get More In-Depth Stock Guidance and Research
By Maurie Backman - Oct 15, 2017 at 7:46AM

Holding off on Social Security often works out well, but it's not always the best move.

Whether you're counting on Social Security to provide a large chunk of your retirement income, or simply need it to supplement your existing savings, the more strategic you are about filing for benefits, the better the program will serve you in the long run. Though there's no single perfect age to start claiming benefits, many financial experts suggest waiting until full retirement age (FRA) or later to file. The reason? By holding off until FRA, which, for today's older workers, is 66, 67, or somewhere in between, you won't have to worry about a reduction in benefits, and if you wait past FRA, you'll actually boost your payments by 8% a year up until age 70.

That said, waiting to take Social Security doesn't always pay off. Here are a few scenarios where delaying your benefits does and does not make sense. 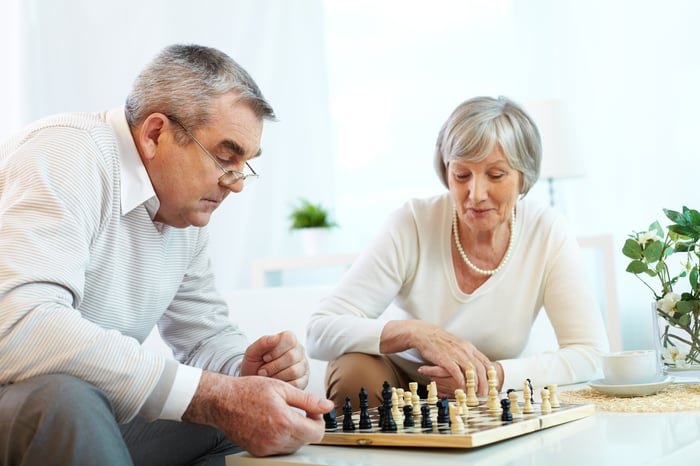 When it pays to wait

They say that good things come to those who wait, and the same holds true for Social Security. That's because if you hold off on filing for as long as possible, you'll get between a 24% and 32% benefits boost, depending on your full retirement age.

So when should delay your benefits claim? If you're still working in your 60s or have ample savings and don't need the money, then it pays to sit tight, fall back on the income you're collecting, and snatch up that generous yearly benefits increase -- because where else do you get the opportunity to snag a risk-free 8% return on your money? As long as you don't have a specific need or purpose for that cash, you might as well let it be and collect a higher payout later in life.

When to file right away

Not everyone gets the option to work until age 70. If you were forced to retire earlier, and your savings alone can't keep up with your expenses, then it pays to file for Social Security as soon as the need arises. In fact, you're allowed to claim benefits as early as age 62, which happens to be the most popular age in the country for seniors to file.

Of course, the downside to doing so is that taking benefits before reaching FRA results in an automatic reduction in payments. If your FRA is 66, and you file for benefits at 62, you'll slash your monthly payments by 25%. But if you're desperate for money, you're better off cutting your benefits but getting your hands on the cash you need, as opposing to racking up costly credit card debt to keep up with your living costs.

Another scenario in which it certainly does not pay to wait on Social Security is if you happen to be in poor health, or don't expect to live very long. While claiming benefits early will reduce your payments, you'll also start collecting them sooner. Now the interesting thing about Social Security is that it's actually designed to give you the same lifetime payout regardless of when you first file, but that assumes you live an average lifespan. If you fear you'll pass away before reaching that breakeven point (the age at which you'll collect the same lifetime benefit regardless of when you initially file), then it pays to pull the trigger on Social Security as soon as you can.

Here's an example. Say your FRA is 66, at which point you'd be eligible for $1,500 a month in benefits. Filing at 62 will cut your monthly payments to $1,125, but you'll also get to start collecting them four years earlier. Now if you happen to live until age 78, you'll wind up with $216,000 in total benefits by that point under either scenario -- which means that 78 is your breakeven age. If you expect to live past that age, it pays to wait on Social Security, but if you think you'll pass away in your early 70s, then you'll come out ahead financially by filing right away.

When it comes to waiting on Social Security, there's really no right or wrong answer. The key is to understand how the program works and then make the best decision based on your own circumstances. As long as you put some thought into filing for benefits, you're likely to make the proper call.