How do your savings compare?

Your 50s are a pivotal time not just in your career, but on the road to retirement. By the time your 50s roll around, you'll have conceivably been working for a good 30 years, which means your earnings will likely have peaked. It also means you might finally be done with college tuition, especially if you had children earlier on.

But no matter what life happens to look like for you by the time you hit your 50s, it's critical to do a serious evaluation of your retirement savings and take steps to either keep up the good work or strive to do better. That's because retirement may be just a mere decade away, assuming you plan to leave the workforce around the same time that most older Americans call it quits. 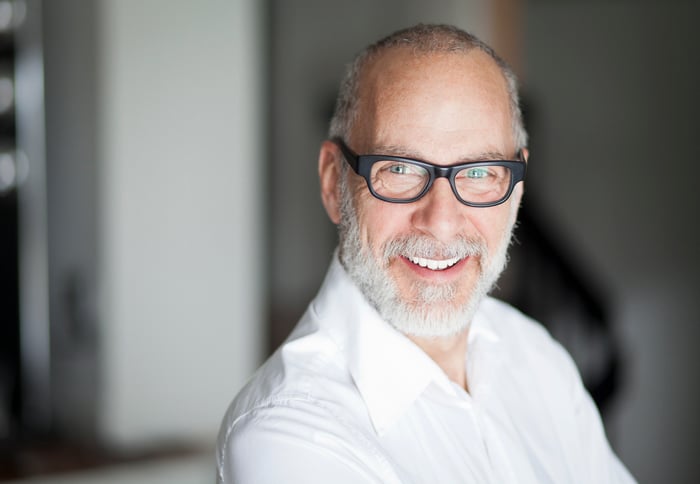 So just how much money should you have saved in your 50s? Fidelity insists that by age 55, you need the equivalent of seven times your salary socked away, and that's a pretty good benchmark to follow. Since the typical American earns roughly $50,000 during his or her mid-50s, that means that ideally, you should have about $350,000 tucked away for the future by that point. And unfortunately, the average 50-something American is nowhere close to being on track.

The average 50-something American's savings level

So how much does the typical worker in his or her 50s have saved for retirement? The Economic Policy Institute reports that for households between 50 and 55, the average savings balance is $124,831. For those between 56 and 61, that number comes in a bit higher, at $163,577.

But these figures don't tell the whole story. Because a select pool of strong savers can bring up the average and compensate for poor savers, it's often more helpful to look at the median savings amount for these age groups. For households between 50 and 55, the median retirement account balance is just $8,000. For those between 56 and 61, it's $17,000 -- not much better. And when you have a situation where the median is considerably lower than the average, it means that most 50-somethings have less than average.

In other words, the average American in his or her 50s has a lot of catching up to do on retirement savings. And if you're one of them, let this be your wakeup call.

Why we're not saving more

It's easy to make excuses for not saving at any age. For many adults in their 50s, the reason boils down to mounting expenses and high levels of debt. Case in point: The typical mid-50s household has a credit card balance of $8,158 to $9,096, and that's the sort of debt that could easily thwart one's savings efforts. Throw in the fact that many 50-somethings are paying off student loans on behalf of their children, and it's no wonder retirement falls by the wayside.

Then there's Social Security, which, for retirement purposes, can be both a blessing and a curse. Countless Americans somehow believe that Social Security will cover their living expenses in retirement, and that it's therefore OK to neglect their savings. But in reality, those benefits won't even come close. The typical recipient today collects just $16,320 a year in benefits. Given that healthcare in retirement will cost the average healthy older American roughly $10,000 a year over a 20-year period, that doesn't leave much leeway for paying the bills.

No matter your reason for not doing a better job of saving, if your nest egg is looking bleak, it's time to make changes and start prioritizing your future. Otherwise, you're bound to come up short in retirement or, worse yet, find yourself unable to retire at all.

While you may not have many working years ahead of you by the time you're in your 50s, if you're behind on savings, it's crucial that you make the most of them. That means cutting back on expenses, taking a second job, or doing whatever else is necessary to free up more money for your nest egg.

The good news is that if your employer offers a 401(k), the annual contribution limit is pretty generous for folks in their 50s. It's currently $24,000. If you don't have a 401(k), you can try maxing out your IRA at $6,500 a year, and putting additional funds into other vehicles such as annuities.

Either way, if you work on putting aside as much money as you can, and investing it wisely, you'll do a good job of compensating for your previous lack of savings. In fact, here's how much you might add to your next egg over a 10-year period, depending on how much you're able to sock away each month:

As you can see, maxing out your 401(k) for 10 years will leave you with a decent chunk of cash for retirement, and that assumes a somewhat conservative 6% average annual return on investment. Furthermore, the above table assumes a 10-year savings window, but if you're willing to extend your career another three years, and you manage to sock away $2,000 a month during that period, you'll have $453,000 to your name. And that, combined with your previous savings and Social Security income, could be enough to salvage your retirement and even eke out a reasonably comfortable lifestyle.

Even if you've managed to save between $124,831 and $163,577 like the average 50-something American, your work is far from over. The next decade of your life could set the stage for a financially secure retirement, or one that's laden with money-related anxiety. Make the right call, and you'll get to enjoy the former when the time comes.