Please ensure Javascript is enabled for purposes of website accessibility
Log In Help Join The Motley Fool
Free Article Join Over 1 Million Premium Members And Get More In-Depth Stock Guidance and Research
By Adam Levy - Oct 29, 2017 at 6:01AM

It takes a long time for compound interest to start impacting your investment balance.

A lot of people saving for retirement see $1 million as a major milestone. A lot can't even imagine retiring with a net worth of less than $1 million.

But it can be hard to judge your progress toward that milestone. You do what you're "supposed to do": Diligently invest in your retirement accounts every year and try to maximize your savings, but your account balances still seem small compared to that big seven-figure number. You might be halfway through your working years but still well short of $500,000, the halfway mark to $1 million.

But you may be a lot closer to $1 million than you realize.

Compound interest plays a huge role in growing your investment account balances in the latter half of your career. So keep sticking with the plan, and you'll see that $1 million balance. 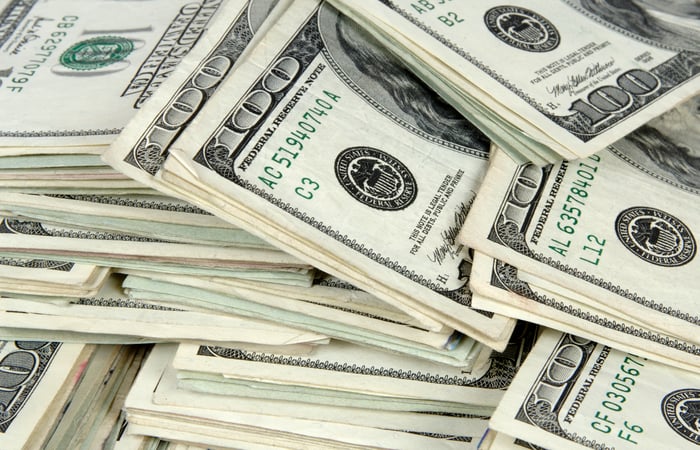 The halfway mark to $1 million

To illustrate some typical account balances for people halfway through their working careers, let me introduce you to a hypothetical guy named Adam. Besides his name, Adam has nothing in common with me. He contributes the same $10,000 to his retirement accounts every year. He also miraculously earns the same return on his investments every year.

Actually, there are three Adams (four, if you count me) living in parallel universes, all earning slightly different returns. Average Adam earns a 7% return every year, Awesome Adam earns 9%, and Evil Adam (there's always an evil universe) earns 5% because being evil doesn't pay.

Here's a breakdown of the Adams' paths to $1 million.

Even by investing consistently and earning a high rate of return it takes a long time to make it to $1 million. But consider that even Evil Adam only had to contribute $360,000 total ($10,000 per year for 36 years) to his portfolio to reach $1 million. Compound interest did the rest of the work.

And compound interest works a lot harder in the second half of the savings timeline than the first half. Check out the following table.

13 years in and halfway through his journey to $1 million, Awesome Adam has a mere $250,000 in his account. But instead of having to work another 39 years, as that account balance might suggest, compound interest helps shorten that to just 13 more years. In fact, it contributes nearly half of the entire $1 million total compared to the first 13 years.

All of these different scenarios are based on stuff that doesn't happen in real life. Very few people contribute the exact same amount to their retirement goals every year. And nobody is going to earn the same exact return year after year for 30 years.

That said, the principles still apply. Continue to save as much as you can for retirement, and that big number will start to quickly creep up on you.

In fact, several factors can help accelerate your account growth. Most people earn more as they progress through their careers. That provides the opportunity to contribute even more to your retirement savings. Likewise, the government periodically raises the limits on tax-advantaged retirement contributions, which could allow you to save more.

A small retirement balance today is nothing to get discouraged about. If you've saved up between $250,000 and $300,000, you're already about halfway to $1 million. If you've topped $100,000, you're around a quarter of the way there. You're a lot closer than it looks at first glance.