The rent versus own debate has long been a heated topic on the housing front. Working Americans who can afford to buy homes are frequently advised to do so because of the tax benefits involved. Homeowners, for example, get to claim the potentially lucrative mortgage interest deduction, and can often write off other costs associated with a mortgage as well. Those who own also get to build equity in their properties, whereas renters don't get anything in return for their monthly payments other than a temporary roof over their heads.

But while owning property certainly has its benefits, it may not be as wise of a financial move as we'd like to assume. That's because new data from NerdWallet reveals that homeowners are likely to rack up higher credit card interest charges than their renter counterparts. Specifically, the average property owner loses $1,001 to credit card interest per year, compared to just $537 for renters. Now that's a good reason to rethink the merits of renting. 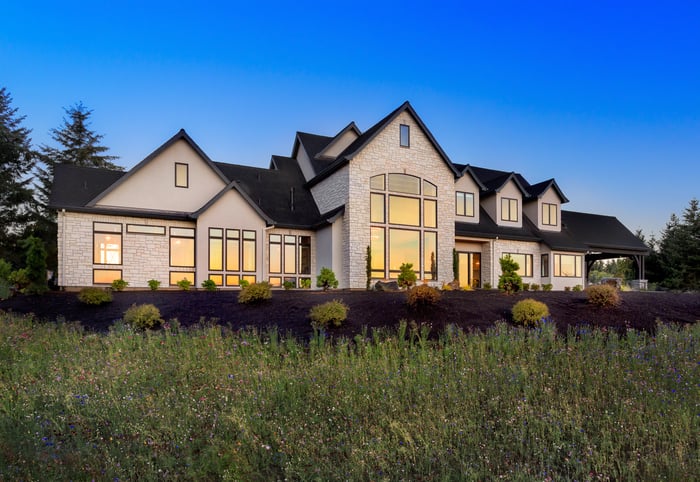 Why do so many homeowners wind up in the hole?

You'd think that owning a home would save you money, what with the tax breaks and all. Unfortunately, homeownership comes with a host of peripheral costs that extend well beyond a monthly mortgage payment. First, there are property taxes, which have historically proven to rise over time, even during periods when home values themselves decline. Then there's insurance, the cost of which is also by no means set in stone.

But one major expense of homeownership that really tends to catch folks off guard is maintenance and repairs. It's estimated that the typical homeowner will spend anywhere from 1% to 4% of his or her property's value on annual upkeep -- but that's a fairly sizable range when you think about it. For example, 1% of a $400,000 property would leave the owner on the hook for $4,000 a year, or roughly $333 a month, in maintenance. But if that percentage shoots up to 4% due to aging or accelerated wear and tear (keeping in mind that newer homes often degrade more quickly than older ones due to cheaper construction), that same owner might suddenly be responsible for $16,000 a year, or $1,333 a month, in upkeep. And that's quite the jump.

Furthermore, that 1% to 4% range refers to run-of-the-mill maintenance and repairs. But if a roof goes, or a heating system malfunctions, the homeowner in question could get slapped with a bill that well exceeds that outer 4% threshold.

It therefore makes sense that homeowners may be more prone to credit card debt than renters -- they have more unknowns to contend with. But that's not the only explanation.

Getting in over our heads

Sure, owning a home is a riskier prospect than renting in some regards. But a big reason so many property owners land in credit card debt boils down to taking on too much house in the first place. A whopping 39 million American households can't actually afford their homes, according to Harvard's Joint Center for Housing Studies, and of those, close to 19 million families are spending more than 50% of their income on housing. This data is consistent with a MacArthur Foundation report, which found that between 2011 and 2014, more than half of Americans were forced to make at least one major financial sacrifice, like delaying retirement savings, to keep up with their housing costs.

The problem, of course, is that countless families each year violate one long-established rule of thumb: Never spend more than 30% of your take-home pay on housing. That figure, mind you, is meant to be inclusive of predictable associated expenses like property taxes and insurance. Yet as we saw above, millions of households are exceeding that threshold, and not by a small amount. As a result, more and more homeowners are whipping out their credit cards to cover their expenses (housing-related and otherwise), and are finding themselves increasingly unable to pay their bills in full. The result? Higher interest accruals and more wasted money.

Now, this isn't to say that owning a home automatically makes you more likely to accumulate credit card debt than renting. But it's hard to ignore the fact that collectively, homeowners manage to rack up twice the interest charges as those who rent.

The lesson? If you're a homeowner whose income is maxed out month after month, you may want to consider downsizing and lowering your reliance on credit cards. And if you're thinking of buying a home, make sure it's one you can reasonably afford to avoid abusing those cards. While homeownership certainly has its advantages, it shouldn't drive you to the point of excessive credit card debt, and if it is, then it may be time to contemplate the virtues of renting instead.