Please ensure Javascript is enabled for purposes of website accessibility
Log In Help Join The Motley Fool
Free Article Join Over 1 Million Premium Members And Get More In-Depth Stock Guidance and Research
By Maurie Backman - Dec 17, 2017 at 11:09AM

Waiting until 70 to access your benefits can result in an automatic increase. But under certain circumstances, holding off just isn't smart.

There's a reason so many people file for Social Security at 62 -- it's the earliest possible age to get your hands on those benefits. The downside, however, is that doing so slashes those payments and leaves recipients with less money to collect.

On the other hand, 70 is considered the latest age to start taking benefits, and though you technically don't have to file at that point, there's really no reason not to. That's because delayed retirement credits for holding off on benefits past full retirement age (FRA) stop accruing at age 70, so if you're entitled to Social Security, there's no sense in waiting any longer. 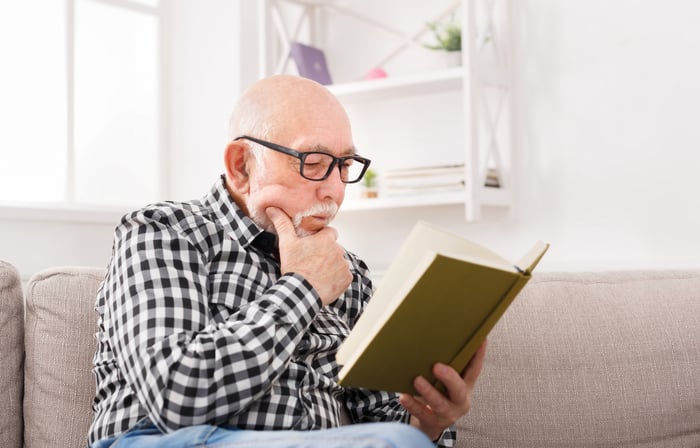 So let's talk about those delayed retirement credits. The appeal of waiting lies in the generous 8% benefits boost you'll get for every year you sit tight past FRA. This means that if your full monthly benefit amount is $1,500 and your FRA is 66, holding off until 70 will result in a $1,980 payout instead. And that's a lot of extra income if you happen to need it.

In fact, if you're low on retirement savings, which is the case for countless older Americans, then it often pays to keep working until age 70 and take Social Security then. That way, you'll have more income available in retirement when you need it. Another reason you might consider filing for benefits at 70 is if you don't need the money sooner to pay your living costs, but rather want the money for leisure purposes. In that case, delaying Social Security will give you extra money to use at your discretion.

Clearly, there are some pretty compelling arguments for taking benefits at 70. But before you convince yourself to go that route, you should know that in some scenarios, filing at 70 is a bad idea.

Why not to claim Social Security at 70

We just talked about the fact that those who don't need their Social Security benefits right away might as well hold off. But if you're in the opposite situation, and you don't have a job, savings, or another income source to fall back on, then it's better to take your benefits earlier than risk racking up debt.

It's estimated that the median savings balance among households approaching retirement is a mere $17,000 -- hardly enough to support what could be a 20-, 25-, or even 30-year retirement. If that's the sort of nest egg you're looking at, and you lose your job in your mid-60s or find yourself physically unable to work, then you pretty much have no choice but to file for benefits as soon as you can. Waiting on Social Security will only mean financing your living expenses on credit cards, and that's a move that could end up completely annihilating all hopes of financial security in retirement.

Another good reason not to file for Social Security at 70 boils down to the state of your health. Though Social Security is actually designed to pay you the same total lifetime benefit regardless of when you first file, that formula assumes that you'll live an average life expectancy. If you pass away sooner than the average, you'll risk losing out on money that could've otherwise been yours.

Here's an example. Imagine your full retirement age is 66, at which point you're entitled to $1,500 a month in benefits. You're planning to hold off until age 70 because you don't need the money right away, but are unexpectedly diagnosed with an illness that shortens your life expectancy. Now in this scenario, if you were to somehow wind up living until age 82-1/2, you'd end up with the same lifetime Social Security payout regardless of whether you were to file at 66, or go ahead with your plans to claim benefits at 70. But if you were to end up passing away at age 75, you'd come away with roughly $43,000 less in lifetime Social Security income by virtue of missing out on so many years of payments.

It's never comfortable to think about our own mortality, but the truth of the matter is that it's a key factor in deciding when to file for benefits. If your health is great and you expect to live a fairly long life, then claiming at Social Security at 70 could work out in your favor. But if your health is poor and you choose to wait anyway, you could end up forgoing some of the money you'd otherwise get to collect.

Ultimately, the question of whether it's smart to claim Social Security at 70 boils down to personal circumstances. The best way to arrive at the right decision is to take an honest look at your finances and health, and do your best to choose wisely.