Countless partygoers will spend a small fortune on New Year's Eve. Will you be one of them?

Countless Americans will go into the new year pledging to spend less money. But what many don't realize is they're basically throwing their hard-earned cash away to celebrate what's often hailed as the greatest -- and most inflated -- party night of the year: New Year's Eve.

If you're planning to spend a small fortune to ring in 2018, you may want to think twice before plunking down hundreds of dollars for a single night out on the town. Otherwise, you could end up starting the new year on financially shaky ground.

How much cash are you willing to blow on one night?

We all know that it's more expensive to go out than to stay home. But New Year's Eve takes that concept to an unhealthy extreme. In 2013, partygoers spent an average of $75 per ticket on New Year's Eve events -- events that didn't necessarily include food, which is its own separate expense. And speaking of food, in 2015, the average cost of a New Year's Eve dinner in New York City was estimated at $273. For San Francisco, it was $186. 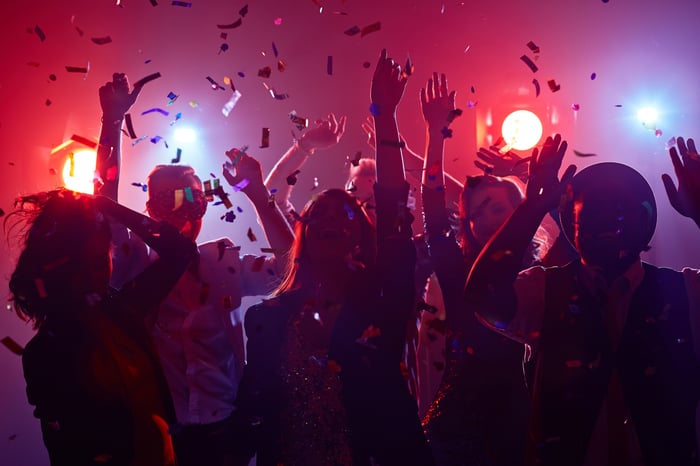 Now it's no secret that restaurants charge a hefty markup on the items they serve. But whereas you might face a 300% markup most nights of the year, on New Year's Eve, you'll easily see double the upcharge.

And let's not forget the cost of getting to and from your party spot on New Year's Eve. If you're planning to go heavy on the celebratory champagne, you'll need a safe way to get home, and that means paying someone to drive you there. And if you need to hire a babysitter to get your partying on, expect to shell out even more money. The average family with one child will pay about $18 an hour for someone to mind the kids on New Year's Eve, while families with two children or more will spend $20.

All told, you could end up spending several hundred dollars on what amounts to three or four hours of evening entertainment. Is that really worth it?

Let's be clear: There's nothing wrong with treating yourself to a night out. But if you happen to choose to indulge in a little New Year's Eve action, you're going to spend considerably more than what you would on a regular night out -- not to mention subject yourself to crowded bars and restaurants with limited menus. Now, if you're in a good spot financially and can afford to drop a few hundred dollars to ring in the new year, by all means, go for it. Most Americans, however, aren't in that position.

It's estimated that 57% of U.S. adults have under $1,000 in savings, while 39% don't have any savings at all. If you're in either category, then rather than drop, say, $250 on a single night out, you should strongly consider scrapping those plans and sticking that money in the bank instead.

Similarly, if you're behind on retirement savings, which most of us are, that $250 could go a long way toward building some wealth for the future. And if you're thinking a mere $250 won't do much in the grand scheme of retirement, remember that when you invest money over time, you end up with far more than your initial contribution. So if you were to take that $250, invest it at an average yearly 8% return, and leave it alone for 40 years, you'd come away more than $5,400 richer.

Furthermore, before you fork over a huge amount of money to celebrate the end of 2017, think about how that cash might help you meet other needs or goals, whether it's completing a home repair, replacing old furniture, or putting a down payment on a car. Finally, you might consider using the money you were planning to spend on New Year's Eve to enjoy a series of nights out once 2018 gets rolling. Think about it: Rather than spend $250 on one night of entertainment, you might instead enjoy three or four separate nights out when prices aren't so overblown.

Tempting as it may be to spend the last night of 2017 galivanting around town, you're probably much better off saving that money or using it for other purposes. Remember, you don't need a fancy meal or jam-packed event to celebrate the start of a new year; all you really need is some good company and the right attitude.