With 2018 almost upon us, now's the time to embrace a seemingly timeless trend: the New Year's resolution. Each year, countless Americans pledge to do better in all aspects of their lives, money being one of them. If you're serious about improving your financial picture next year, here are five items to add to your list.

Only 41% of U.S. households follow a budget on a regular basis. And that's pretty sad, given that budgeting is not only easy, but perhaps the most effective way to track spending and avoid financial trouble. 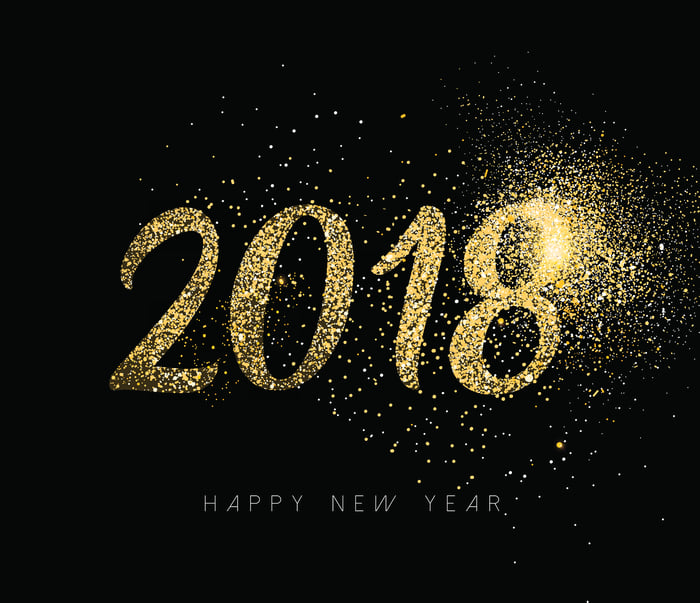 If you've yet to create a budget, make 2018 the year you get into that habit. Your budget doesn't need to be fancy; all you really need to do is list your various monthly expenses (including one-time expenses -- you'll want to allocate those over 12 months), compare what you're spending to what you're bringing home in your paychecks, and see if there's a nice chunk left over for savings. If there is, you're in pretty good shape. If not -- and, let's face it, that's going to be the case for most of us -- you'll need to start making changes to free up more cash to put away. But once you have that budget mapped out, you can see where you're potentially paying too much and where there's room to cut back.

What's an emergency fund? You might call it your rainy day fund, or your don't-touch-till-you-really need-it cash reserves. The point, however, is to have money in savings to cover a minimum of three months' worth of living expenses and, ideally, six months of bills.

The logic behind the emergency fund is that you never know when you might lose your job, fall ill, or find yourself in a situation where you're facing an unplanned expense. Having that safety net in place is the best way to protect yourself from racking up debt, which leads to our next point...

3. Get out of credit card debt

If you're drowning in credit card debt, you're in good company. Credit card debt just reached an all-time high in the U.S., topping the $1 trillion mark. And among those carrying debt, the average household owes a frightening $16,000. Ouch.

On the other hand, the sooner you start paying down that nagging debt, the less money you'll end up throwing away on interest charges. Imagine you're looking at a $5,000 balance on a card charging 18% interest (which isn't even as high as rates get). If you pay that sum off over five years, it'll end up costing you about $7,600 in total. But if you manage to pay it off over the course of 2018, it'll come at a cost of just $5,500. That's a $2,100 difference, in case you weren't keeping track. And you're better off using that money for other purposes, whether it's a down payment on a home or a better health insurance plan.

4. Start saving for your future

You've probably been told that it's crucial to set money aside for retirement, yet nearly half of Americans have yet to start building their nest eggs. That's a problem, because without independent savings, you're apt to fall short once you no longer have a paycheck coming in. (Think you'll get by on Social Security alone? Think again.)

Now imagine yourself as a senior. Would you rather retire with $622,000 in cash reserves, or a mere $65,000? Remember, you don't need to save a fortune each year to retire comfortably -- you just need to start as early as possible and commit to saving consistently. Case in point: The above table assumes a mere $200 monthly contribution. Even if you're a middle-earner, that's less than 5% of your annual income.

Of course, ideally, you should aim to set aside a good 15% of your paychecks for retirement. But for now, take things one step at a time and work your way up.

One final item to put on your list of resolutions is to stop wasting money needlessly. Whether it's that gym membership you rarely use, that video streaming service you never watch, or those groceries you buy and then dump, one of the biggest financial mistakes you can make is spending money and getting zero benefit out of it. Once you have the budget we talked about earlier all nice and set up, examine it thoroughly and see where you're being careless and then pledge to stop throwing money away -- immediately.

The start of a new year is the perfect time to set yourself on a solid financial path. Add these resolutions to your list, and with any luck, you'll be in a much better place by the time 2018 comes to a close.