With tax reform being the hot topic du jour, countless Americans are forming opinions on what the new plan will mean to them. And, unfortunately, the outlook isn't all rosy. In fact, 32% of Americans think their taxes will go up as the result of planned changes, according to a survey by Liberty Tax Services. The question is: Are they correct?

Though the new tax bill does indeed come close to doubling the standard deduction, which the majority of taxpayers take as opposed to itemizing, there's a nasty flip side that will no doubt impact larger families in particular: the loss of the personal exemption. For the current year, the personal exemption is valued at $4,050 per taxpayer and qualifying dependent, which means that if you have five children and a spouse in your household, you're looking at $28,350 in total. Once that goes away next year, you will get a larger standard deduction -- $24,000 if you're a married couple filing jointly -- but that won't be enough to compensate for the loss of the personal exemption. 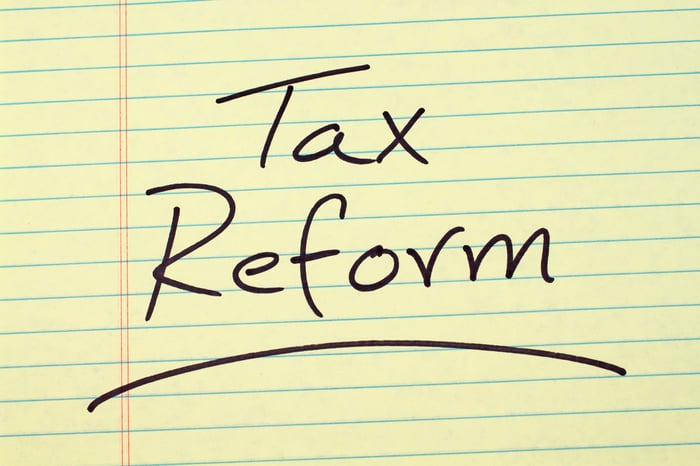 Finally, if you're buying a new home next year, you might lose out if you're taking on a mortgage in excess of $750,000. That's because the threshold for claiming the mortgage interest deduction will be lowered to that level come 2018. Now the reality is that the average American isn't borrowing more than $750,000 to purchase a home. But in some areas of the country where real estate prices are particularly inflated, those with no choice but to pay that premium could end up losing out.

While larger families and homeowners in high-tax states may indeed get hurt by the impending tax changes, there are plenty of filers who will ultimately come out ahead. Specifically, if you're a single or married tax filer with no children and typically take the standard deduction, your chances are pretty good. As touched upon earlier, the standard deduction is jumping from $6,350 to $12,000 for single tax filers and from $12,700 to $24,000 for joint filers. In either scenario, that's more than enough to make up for the loss of the personal exemption.

Furthermore, the new tax plan calls for an almost across-the-board lowering of individual tax brackets. This means that the majority of filers, going forward, will pay a lower marginal tax rate on their highest dollars of income. The only people who won't benefit from these new brackets are low earners, whose tax rate will continue to hold steady at 10%.

Finally, while the loss of the personal exemption might come as a blow to large families, those that qualify for the Child Tax Credit could easily end up breaking even or coming out ahead. Currently, the Child Tax Credit is worth $1,000 per qualifying child, but once the new tax plan takes effect, its value will rise to $2,000 per child. The threshold for eligibility will also go up so that higher earners have an opportunity to benefit from this credit.

So let's revisit that family of seven we talked about earlier under the "losers" section. In our example, we saw that a married couple with five dependents would lose out on a $4,350 tax break by virtue of the personal exemption going away. But if each of those five dependents results in an additional $1,000 in tax credits, that's enough to make up that shortfall.

The takeaway? Whether you'll benefit from or get hurt by the new tax laws is probably yet to be determined. You also never know how changes to your income or other deductions might impact your ultimate tax bill next year, so it pays to have a positive attitude with regard to tax reform. And if that doesn't work, think about it this way: Come 2025, the whole system is once again up for grabs, so you may just need to ride out a temporary, albeit somewhat lengthy, storm.