Please ensure Javascript is enabled for purposes of website accessibility
Log In Help Join The Motley Fool
Free Article Join Over 1 Million Premium Members And Get More In-Depth Stock Guidance and Research
By Maurie Backman - Dec 26, 2017 at 9:54AM

The tax code is changing for 2018, and it's going to impact property owners across the country.

Like it or not, tax reform will soon officially be upon us. And while countless Americans will be impacted by the new laws, both for better and for worse, homeowners in particular will see a number of key changes take effect in the very near future. If you own property, here's what you can expect.

Homeowners in states with high taxes like New York, New Jersey, and California have, up until now, gotten a bit of a break in the form of the SALT (state and local tax) deduction. Under the current law, you're allowed to write off the total amount you pay in state income and local property taxes, but under the new law, that deduction will be limited to $10,000 total. Given that more than 4 million Americans pay over $10,000 a year in property taxes alone, that's a pretty harsh blow for those whose deductions will be slashed going forward. 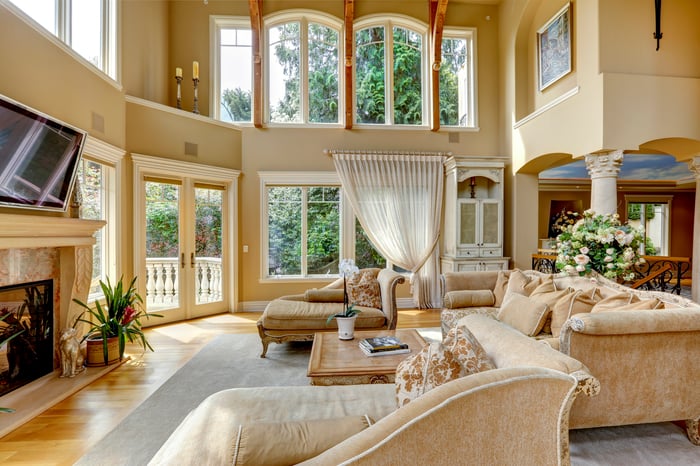 There is, however, one thing you can do to ever so slightly ease the pain. If your town allows, you can look into prepaying your 2018 property taxes, or a portion thereof, before 2017 comes to a close. This will allow you to eke out some additional tax savings before the $10,000 SALT cap takes effect. Keep in mind, however, that you can't apply the same strategy to your state income taxes -- the new bill prohibits prepayments there.

2. The mortgage interest deduction will be limited to $750,000 loans

The mortgage interest deduction has long been a huge money-saver for homeowners, and it still will be, but to a lesser extent. While homeowners could, up until now, deduct interest on a home loan of up to $1 million, that cap will be lowered to $750,000 come 2018. Now if you have an existing mortgage, you don't need to worry about this change, but if you're applying for a new home loan in 2018, you should know about the impending cap.

One thing to note about this reduction, however, is that it's not all that bad in the grand scheme of what could've been. Legislators have long been campaigning to eliminate or slash the mortgage interest deduction since it's been said to grossly favor the rich. And to some extent, that's true.

Remember, the value of a tax deduction lies in your effective tax rate. The higher your rate, the more valuable a deduction becomes. So in this regard, one can argue that the wealthy derive greater benefits from all deductions, not just the mortgage interest deduction. However, since those with more money are also the most likely to swing higher mortgages, it's been said that this particular deduction is notably skewed. However, in some areas of the country, middle earners have no choice but to stretch their budgets to buy properties at inflated prices -- so it's not just the rich who could lose out with this cap.

3. Interest on home equity loans will no longer be deductible

Home equity loans have long served as a key source of financing for homeowners, and up until now, homeowners could deduct interest on loans worth up to $100,000. Under the new tax changes, however, this provision is going away and home equity loan interest will no longer be deductible at all. Furthermore, whereas homeowners with existing mortgages are grandfathered into the old laws, home equity loan holders don't get that same leeway. This means that if you have a home equity loan and were counting on writing off its interest next year, you'd better think again.

While some homeowners won't be impacted by the upcoming tax changes, countless Americans do stand to lose out on some key tax-saving opportunities. If you're one of them, then it pays to be strategic about your 2018 taxes and look into other ways to save going forward. This could mean being smart about selling investments or capitalizing on other deductions that won't get altered under the new rules. For better or worse, the tax system is going to change before our eyes, and the best thing you can do as a homeowner is learn to roll with the punches.