Many seniors have no choice but to tap their retirement savings the moment they leave their jobs. But what if you have another income source, such as part-time work or a recent inheritance, and don't need to touch your IRA or 401(k) for quite some time?

Holding off on taking withdrawals from your retirement savings is a good choice for two reasons. First, the longer you keep your money invested, the more growth it can achieve. But just as importantly, you'll avoid the taxes that come with traditional retirement plan distributions. 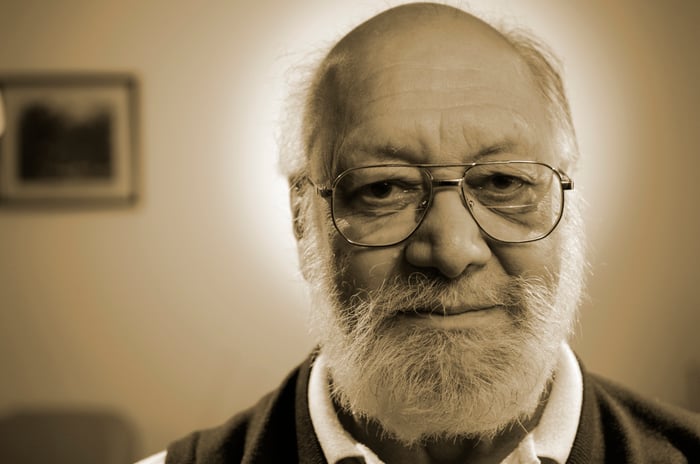 There's just one problem: You can't leave your retirement plan untouched indefinitely. At a certain point, you'll be subject to what are known as required minimum distributions. RMDs are yearly minimum amounts that you're required to remove from your IRA or 401(k), and they're based on your account balance and life expectancy. If you're not familiar with RMDs, here are a few important things to know about them.

If you retire in your early or mid-60s, you don't have to worry about RMDs right away. That's because the requirement to take yearly withdrawals doesn't kick in until you turn 70 1/2. Furthermore, you don't actually have to take your first RMD that year, but rather, by April 1 of the following year. So if, for example, you turn 70 1/2 in May 2018, you can leave your money alone for the remainder of the year. You do, however, need to take that initial withdrawal by April 1, 2019.

Just because the IRS forces you to remove funds from your retirement plan doesn't mean it doesn't also take its share. Anytime you receive a traditional IRA or 401(k) withdrawal, whether by choice or not, that money is taxed as ordinary income -- meaning, at the highest possible rate. Be sure to plan for this expense so you're not overwhelmed by a huge tax bill after the fact.

3. But you'll pay even more if you fail to take them

As much as it might pain you to pay taxes on the withdrawals you're forced to take, you'll lose out even further if you neglect to take your RMD in full. That's because the IRS will assess a whopping 50% penalty on whatever required funds don't end up leaving your account in time. For example, if your RMD for a given year is $8,000 and you don't take it, you'll fork over $4,000 to the IRS -- just that like. That's why it's crucial to pay attention to RMD deadlines. Though you get until April 1 of the year after you turn 70 1/2 to take your first withdrawal, all subsequent distributions must be taken by Dec. 31 on an annual basis.

If you're housing your retirement savings in a traditional IRA, you'll generally be subject to RMDs regardless of your employment status at the time. But if you reach 70 1/2 and are still working and have your savings in a 401(k), you can avoid RMDs for as long as you remain employed. You still need to meet a couple of criteria, though. First, you must be employed by the company sponsoring the plan your money is in, and second, you can't own 5% or more of that company. But if you satisfy these requirements, you get a pass on RMDs until you leave that job.

5. You won't need to take RMDs if you have a Roth account

Many savers shy away from Roth accounts during their working years because they don't offer an immediate tax break on contributions. But one major benefit of Roth IRAs and 401(k)s, aside from tax-free withdrawals in retirement, is that they don't impose RMDs. Therefore, if you have a Roth account and don't need the money in it, you let it sit and continue to grow. You can even leave it to your heirs, who will also get to enjoy tax-free distributions from that account.

RMDs can really trip you up if you aren't careful. If you're approaching 70 1/2, be sure to read up on RMDs and plan for them appropriately so you're not left in a precarious financial situation later on.