Now that tax reform has become reality, countless Americans are wondering how the new laws will impact their IRS bills. While you may have heard that the recently adopted changes will hurt the typical American, this isn't necessarily the case. In fact, there are certain features, such as the near-doubling of the standard deduction and virtual across-the-board tax rate reduction, that a large chunk of filers stand to benefit from.

In addition, while it's true that a number of key deductions have been eliminated under the new tax laws, there are several critical tax breaks that are very much alive and well. Here are just a few you might capitalize on this year. 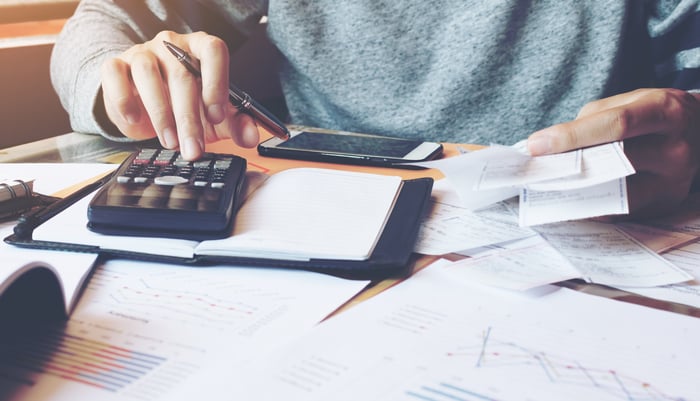 You may have heard that the mortgage interest deduction was affected by the new laws, and that's true. It used to be that you could write off the interest on a home loan of up to $1 million, but under the new rules, this limit drops to $750,000. But make no mistake about it: The majority of U.S. homeowners who choose to itemize on their tax returns will still get to claim a mortgage interest deduction. Furthermore, the updated rules apply to new mortgages only; existing home loans are grandfathered into the old system.

The state and local tax deduction, or SALT deduction, has long benefited filers in states with heavy tax burdens, like New York, New Jersey, and California. Under the old tax system, the SALT deduction was limitless -- you could deduct whatever your state income and local property taxes amounted to. Under the new laws, the SALT deduction caps out at $10,000, which is likely to hurt homeowners in the aforementioned states, as well as other expensive parts of the country. But you should know that the deduction still exists, and if your property tax bill is similar to that of the average American, you probably won't end up losing out.

Being charitable isn't just good for your soul; it's also good for your taxes. Thankfully, the charitable contributions deduction isn't affected at all by the new laws, which means you can continue writing off the cash or fair market value of the goods you donate to registered charities. Just be sure to keep detailed records of the money or items you give away. Otherwise, you may run into trouble should your return end up getting audited.

If you're lucky enough to have a high income and spend a relatively small portion of it on healthcare, then the medical expense deduction won't do much for you. But if your medical costs exceed 7.5% of your adjusted gross income (AGI), then under the new laws, you're in luck. Whereas your medical expenses for the year had to surpass 10% of your AGI to be deductible on your tax return under the old system, the new laws lower this threshold to 7.5%. This means that if your AGI is $50,000, and you spend $4,000 on medical bills throughout the year, you can deduct any amount in excess of $3,750 -- so in this case, $250 -- on your return.

The Child Tax Credit is designed to help families with dependents by offering money back on their taxes for each qualifying child in the household under age 17. Up until recently, however, higher earners weren't able to benefit from it because the credit began to phase out at $75,000 in income for single filers, and $110,000 for couples filing jointly.

But under the new tax rules, the Child Tax Credit gets much more attractive and attainable. First, it's increasing from $1,000 to $2,000 per qualifying child effective this year. Second, the aforementioned income thresholds are increasing to $200,000 for single filers and $400,000 for married couples filing jointly, so more families will get to take advantage of the credit this year. And as a reminder, unlike deductions, which merely exempt a portion of your earnings from taxes, a tax credit is a dollar-for-dollar reduction of your tax liability, which means it has the potential to be far more lucrative.

Though the new tax laws might take some getting used to, rest assured that they do preserve a number of important tax breaks. Either way, it pays to read up on changes to the tax code so you can find ways to make up for the benefits that did indeed bite the dust.